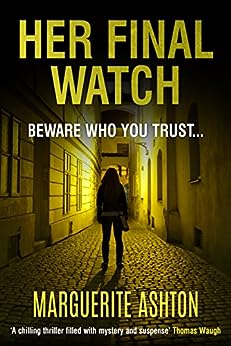 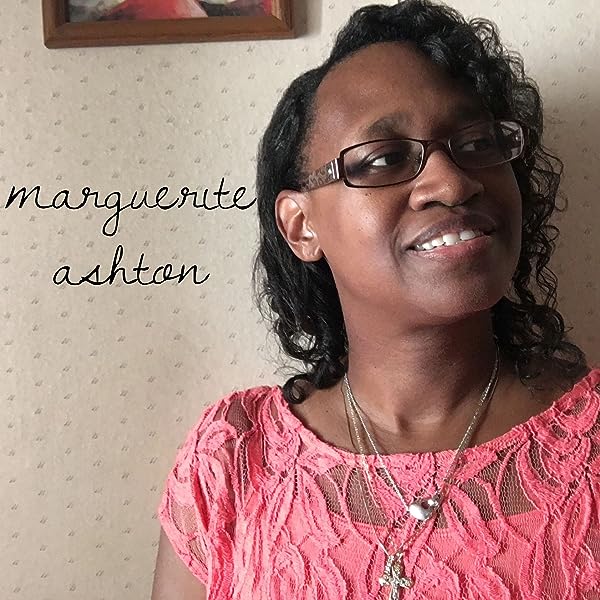 by Marguerite Ashton (Author) Format: Kindle Edition
Book 2 of 2: A Detective Blanchette Mystery
See all formats and editions
Sorry, there was a problem loading this page. Try again.
Speaking second-hand truths can be deadly …

Detective Lily Blanchette will stop at nothing to solve a murder. Her current case involves the killing of an undercover cop working to bring down the mob for prostitution and drugs.

But Lily's usual laser-like focus on the case has been disrupted.

Two weeks earlier, she learned she was pregnant by her murderous husband whom she'd killed in self-defense. Unsure whether to keep her baby or place the child of this cruel man up for adoption, Lily keeps the pregnancy a secret from her colleagues.

Under mounting pressure to solve the case, Lily arranges a sit-down with a local mob boss only to find out her suspect is also wanted by them. But before Lily can warn her team, she and her new partner, Jeremiah, are shot at, and another body is found.

When she discovers Jeremiah has a connection with the underworld, she is pulled into a conflict that swirls around the boss's son who's hell-bent on revenge.

To add to the complexity of the situation, Lily learns that her victim might still be alive if it wasn't for opportunistic Assistant District Attorney, Ibee Walters, who has a twisted vision of justice.

As Lily gets closer to finding the killer, she unravels ugly secrets that point to Ibee and Jeremiah - placing Lily's life and her unborn child in danger.

‘A chilling thriller filled with mystery and suspense.’- Thomas Waugh

When Marguerite Ashton was in her twenties, she took up acting but realized she preferred to work behind the camera, writing crime fiction. A few years later, she married an IT Geek and settled down with her role as wife, mom, and writer. Five kids later, she founded the Crime Writer’s Panel and began working with former law enforcement investigators to create; Criminal Lines Blog, an online library for crime writers who need help with their book research.

She’s a workaholic who hides in her writer’s attic, plotting out her next book and stalking Pinterest for the next avocado recipe.

A member of Sisters in Crime, Marguerite grew up in Colorado, but is now happily living in Wisconsin and playing as much golf as possible. She can be found on Twitter and Facebook.

Limited-Time Offer
Join Audible Premium Plus for 60% off. Get this deal
Books In This Series (2 Books)
Complete Series
A Detective Blanchette Mystery
Kindle Edition
Page 1 of 1Start OverPage 1 of 1
Previous page
Next page

"This is the first time I have seen a mob plot line with a strong female for the main character. I  have to say that I really enjoyed the combination of both put together..." Misty at Books for Books

When Marguerite Ashton was in her twenties, she took up acting but realized she preferred to work behind the camera, writing crime fiction. A few years later, she married an IT Geek and settled down with her role as wife, mom, and writer!

Her blog, Criminal Lines: Settled Writer Past 40 is her outlet while building dollhouses and plotting out her next book.

Much of the action drew out the tension and kept the suspense ongoing, making this a fast-paced and thrilling read from start to finish. I also thoroughly enjoyed the family dynamics and strains plaguing the main characters, which added depth and emotional understanding to so much of their individual decision-making.

Despite this being the second book in the series, I never felt that I was missing anything. In fact, the references and character development featured in this story to events that occurred previously piqued my curiosity enough that I plan on reading the first book in the near future. It would also be great to see the series continue on with additional cases.

This book is an absolute steal for your ebook library and highly recommended!
Read more
3 people found this helpful
Helpful
Report abuse

Stephen L. Brayton
4.0 out of 5 stars pretty much everybody
Reviewed in the United States 🇺🇸 on January 15, 2018
Plot

A stripper/escort is murdered and Lily Blanchette is on the case. With a new partner, a new pregnancy, still dealing with the death of her husband, and an exasperating mother, Lily has her hands full. Add to that an involvement with the local mob, well, Lily will have to use all her skills to survive.

But there’s more to the story. Who has secrets that would be devastating or deadly if revealed? Well, pretty much everybody.

What a complex plot. The more I read, the more complex it seemed to become. Put a mystery in the middle of a soap opera.

Several more including Lily’s mother and the mob guys-father and son.

All pretty well developed although I thought Walters would play a bit more of a role than she did. Each had distinctive character. Jeremiah comes across as a smart aleck at the beginning, which surprised me. Because of his history, I thought he might have been a bit more reserved. He comes around, though.

Not too bad. Good give and take, back and forth. Conversations flowed well. A little heat shown. I could have used a bit more emotion in some of the dialogue at times but everybody had his/her own voice.

One mistake that I caught in passing. Spelling error but otherwise clean.

Chapters headed by date and/or time.

I thought it was a well-developed story that didn’t end quite the way I thought. I won’t play spoiler, but not all ends well and tied up in a bow.

Complexities abound but the author handled them well. A cop and mobster story and the profanity was kept in check and not overused.

I don’t know what else to say. A strong story with good action and character development. A tidy mystery with other background info to keep it interesting and moving.

So, to rank. I thought about previous stories and the enjoyment factor and decided this one rated:

I definitely think that, Her Final Watch didn't lack any of the creativity and originality that made Promised Lies such an enjoyable book to read, which I immensely appreciated! It's really hard to keep the balance but, the story managed to do so perfectly, without losing sight of its authenticity. The characters developed so much throughout the sequel and we're once again faced with Lily's determination to solve a crime and handle everything that came her way like a pro. She proves, once again, how strong and honest she is, both as a person and as a detective. I was still a bit annoyed with her behavior at times but, nothing extreme that could overshadow the way things actually progressed or affect my feelings for the book itself.

Surprises never stopped coming and watching clues unfold the way they did was just fascinating. The vividness was there throughout the book and I was once again impressed with the author's way of thinking and how she handled this series! The complexity of the case blew my mind once again and I actually felt frustrated and cornered at times because I could not, for the life of me, figure out what was truly going on. A lot of revelations appear from nowhere in this novel as well so, be prepared!

Overall, Detective Blanchette is definitely a force to be reckoned with and I cannot recommend the books enough. Fans of Mystery will find the events that take place in both books thrilling and won't be able to put them down! The writing adds a nice fluidity to the story and the suspense is endless! Highly recommend!
Read more
One person found this helpful
Helpful
Report abuse

Momma Becky
TOP 1000 REVIEWERVINE VOICE
4.0 out of 5 stars Fast-paced thriller
Reviewed in the United States 🇺🇸 on December 29, 2017
Her Final Watch a well-written, fast-paced crime thriller. The story picks up where book one left off, and while it can be read as a standalone, there are things mentioned from the first book and I would recommend reading them in order. Like the first Detective Blanchette book, this one has loads of twists and it seems everyone has a secret. The story's heroine, Lily, is a likable, strong woman. I love that we see that along with her vulnerable side and her fears. It's refreshing to see such a strong female character that doesn't fall back on sarcasm to hide her insecurities. All-in-all, another solid addition to the Detective Blanchette Mysteries.
Read more
One person found this helpful
Helpful
Report abuse
See all reviews
Report an issue
Does this item contain inappropriate content?
Report
Do you believe that this item violates a copyright?
Report
Does this item contain quality or formatting issues?
Report