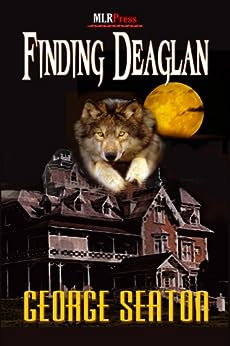 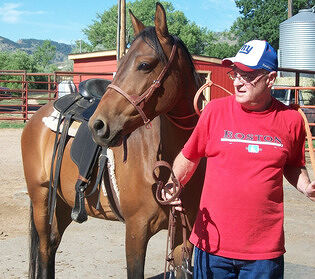 Elisa
5.0 out of 5 stars Finding Deaglan by George Seaton
Reviewed in the United States on July 2, 2011
Even if the book starts and ends with Tom and Stephen, I found that this is really a "shared" novel, shared by the many descendents of some old money Denver families, among which we distinguish Merriweather, Marty and Elizabeth. Marty and Elizabeth, being a lesbian couple, and having a really important role in the story, makes this really a LGBT novel.

More than a romance, Finding Deaglan is a gothic novel. It's strange since usually Colorado, Denver, or the ancient Native American legends are not the stuff of gothic novels, but that is the feeling this novel left me, and I think the author wanted to pay an homage to those novel naming the old family home of Stephen, Gaylord. Gaylord was the title of the main character of Gaywick, which is believed to be the first gay gothic romance, by Vincent Virga.

Stephen, Merriweather, Marty, and all the others, are the descendents of men who did great wrong to the Native Americans and above all to their sacred wolves. One of them in particular was a mystical animal, with great power, and the removing of its earthly body (and that of his pack) was not enough to defeat its power. Wolf is still searching vengeance, and the vengeance has to be taken upon these descendants, even if they are innocents, even when they are still babies, like Deaglan, the baby that Marty and Elizabeth finds on a lake shore, a little, wonderful, intelligent baby. If you think, like me, that is cruel, you have also to consider that Mother Nature is cruel too. I think there is an hidden message here, that if we think that we can do everything to Mother Nature and that she will not be harsh with us since we are her sons, then we are sorely mistaking. Everything we do of bad against the earth, the earth will slash back to use double, in the end.

I had really great difficult to accept the sad fate that was falling upon Stephen and Tom, or Marty, Elizabeth and Deaglan, since they seemed not guilty of the same sins of their ancestors. Stephen and Tom are young and kind, with Oscar, their dog, they have everything that can be reconduct to an ordinary family (and Oscar, being a dog, put them in that share of population believing that also animals have soul); Marty and Elizabeth instead are middle age, again a more than ordinary couple, and Deaglan is their chance to add to that family a child. Both these couples don't deserve the vengeance of Wolf, but that is, they will suffer it.

Finding Deaglan is very long, like the other book by George Seaton I read, Big Diehl. Apparently George Seaton shares yet another thing in common with those old fashioned novels, the number of pages. But actually for this novel it's the right length, since, as I said, this is not only the story of two men, Stephen and Tom, but that of many, many characters. All of them would be probably worthy of more words, but in the end, if I have to do my pick, surprisingly enough, my choice would be Marty and Elizabeth, and the beautiful, big eyed Deaglan.

Ro
5.0 out of 5 stars WHAT GOES AROUND COMES BACK DEADLY
Reviewed in the United States on May 3, 2011
Finding Deaglan
Finding Deaglan is a dark, thought-provoking suspense plot of retribution for the crimes against nature committed by a group of wealthy gay men's ancestors a century before; wrongs that destroyed all the wolves in Colorado, in addition to forcing the indigenous Indian tribes of Colorado from their lands, all to gain wealth and privilege. There are numerous characters; each plays a major part in the atonement due Mother Earth. The new invaders of Colorado had no respect for the creatures or for the earth. Their corruption was powered by their greedy ambitions; their wealth endows their egotistical depraved desires.
A secret society was formed by one of Stephen's ancestors, Samuel George Taylor. Members of the secret society included Mobley, Finster, Trummel, Thaxton and it is the decedents of these uneducated social misfits that must come together to pacify the spirits. Finding Deaglan gives a detailed history of the families, as well as the retributions that were administered by the spirits.

George Seaton has created an admirable saga illustrating the consequences for selfish actions, along with the effects of destruction to earth's balance and generations of people. Finding Deaglan is a heartrending, realistic wake-up call clearly affirming Native American belief that mankind is not the owners of earth, merely the caretakers.
Read more
One person found this helpful
Helpful
Report abuse
See all reviews
Back to top
Get to Know Us
Make Money with Us
Amazon Payment Products
Let Us Help You
EnglishChoose a language for shopping. United StatesChoose a country/region for shopping.
© 1996-2021, Amazon.com, Inc. or its affiliates