You've subscribed to Return to You! We will preorder your items within 24 hours of when they become available. When new books are released, we'll charge your default payment method for the lowest price available during the pre-order period.
Update your device or payment method, cancel individual pre-orders or your subscription at
Your Memberships & Subscriptions
There was an error. We were unable to process your subscription due to an error. Please refresh and try again. 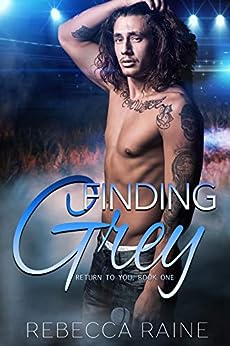 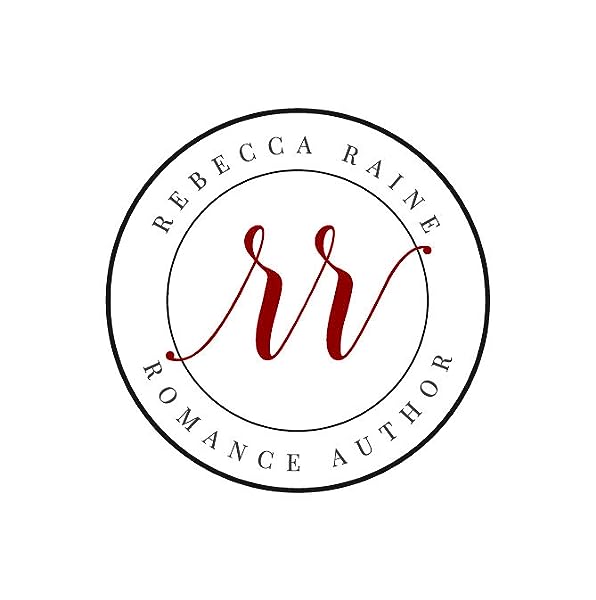 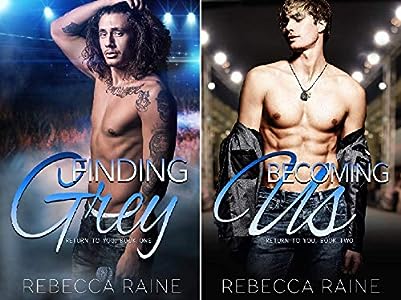 ★★★★★ "Fans of Rebecca Raine you are in for a treat with Finding Grey." - HeidiLynns BookReviews

★★★★★ "The blurb for Finding Grey intrigued me as soon as I read it. And let me tell you, I loved it!" - Reviews from the Heart

★★★★★ "Outstanding. As beautifully written as it is brilliant. 'Finding Grey' will forever sit...on my virtual shelf as a 5-star-plus story to re-read many, many, times. Gorgeous." - Zakarrie, GoodReads Reviewer

★★★★★ "There is so much feeling and emotion in this story...The attraction and lust between [Dante and Sean] jump off the pages." - hmg_vermont, Amazon Reviewer

CLS-LRS
5.0 out of 5 stars Not the “typical” rock star story
Reviewed in the United States on February 23, 2020
Verified Purchase
Any book that can move me to tears, I consider exceptional. Rock star romances are not a genre I normally enjoy but this story goes so far beyond that cliché - it has such a depth of feeling. Not having Dante be part of a band was perfect. It allowed the story to focus on Dante and “Grey” with amazing success. I was highlighting sections throughout the book; every one made because I was moved by the way the author had the main characters interacting and expressing themselves.

If you’ve ever used music to help yourself over a rough patch, a difficult day, a terrible year, this book should speak to that part of you the way it did to me. It brought back memories of singing along with every sad love song I’ve adored. To have an author write a story that can tap into those memories was indeed special. Please do not think that this is a sad, morose tale just because the author has a knack for expressing emotions through her writing as that is not the case. There are misunderstandings, joy, pain, beauty, discovery, learning to be true to yourself, and a very happy and satisfactory HEA.
Read more
2 people found this helpful
Helpful
Report abuse

Tania Joyce
5.0 out of 5 stars Grey is great! I highly recommend this read.
Reviewed in the United States on March 14, 2019
Verified Purchase
I loved the cover of this book, it drew me in even before reading the blurb. This was my first MM romance read, and I was blown away by Rebecca’s outstanding writing and the depth put into her characters.
Dante and Sean (Grey) steal their first kiss when they were teenage boys. Dante, an up and coming Rockstar, is ripped away by his abusive father who is his manager. Thrust into the public eye over the years, Dante is portrayed to be the ultimate bad boy, womanising rock star. Supressing his feelings for men has him hit a mental creative block and is unable to write more music. To find himself he goes to a retreat to focus on writing new material.
Sean gave up his photography business to help his father run his music retreat. The night years ago with Dante is always on his mind. Hurt by Dante standing him up after a concert, old wounds are open when Dante walks through his door. But it’s been eight years, and Dante doesn’t recognise him.
The chemistry between these two men is intense and raw as they find out more about each other, and Grey’s true identity is revealed. Rebecca has done an amazing job of bringing these two men together. Finding Grey is a wonderful story about learning to stand up for yourself, being honest and following your passion. The romance was sweet, hot at times and sensual.
Grey is great! I highly recommend this read.
Read more
2 people found this helpful
Helpful
Report abuse

Duckie McQueen
5.0 out of 5 stars This book was surprisingly sweet and endearing
Reviewed in the United States on February 22, 2021
Verified Purchase
I thoroughly enjoyed Finding Grey. I don't normally read rock star romance, but something about this one just intrigued me. The book starts out when Dante, a young teen rock star has a chance encounter with a teenage boy with grey eyes. It was Dante's first time ever experiencing what it was like to kiss a boy. His father and manager controlled everything he did and it was all about his image. That brief encounter stayed with Dante for years. He found himself looking for the grey-eyed boy, Grey, as he named him, since he never knew his name.
Sean was the boy who had his first kiss with a rock star, and foolishly thought it meant something, until a mix-up that left him feeling snubbed by the musician at their one chance to meet up again, a few years later.
When Dante comes to stay at Sean's family's musician retreat, Sean is torn- having to work so closely to Dante. Dante thinks he recognizes Sean, but when Sean denies it, Dante accepts the fact that his memory is clouded and the boy from 8 years ago isn't the same person as the man in front of him. Without knowing that Sean is the Grey that he sought for so long, the two start to form a friendship, reluctantly so for Sean at first who tried to keep his distance to keep from getting hurt again, but it soon turns heated.
Despite the fact that I spent half of the book yelling at the characters, I absolutely loved them together!! Sean was so sweet with Dante as he explored what it was like to be with a man, and even while Dante still didn't know Sean was Grey, there was so much between them. Sean became Dante's muse, and Dante found the music within him that had been crushed and stifled. And the moment when they finally are on the same page, it just made me so happy!! I absolutely loved these two. This book makes an impression, and it's not one I'm likely to forget
Read more
Helpful
Report abuse

AnnElm
4.0 out of 5 stars 4.5 stars
Reviewed in the United States on March 2, 2019
Verified Purchase
I'm totally into this rock star book !
They're only 17 and 15 when they first meet, but Dante is already a rock star and Sean has been following his musician father on tour to take photographs.
Dante is Seans first kiss an Sean is Dantes first kiss with a guy and neither one of them can forget the other one even when separated by outside force.
Years go by until Dante ends up on the retreat where Sean is helping his parents out.

I loved the tension and attraction between Sean and Dante and the way neither of them could help being drawn to each other. They are both delicious and I couldn't stop reading about them.
A great second chance, rock star romance!
Read more
One person found this helpful
Helpful
Report abuse

LuckyGirl
5.0 out of 5 stars Feel good book!
Reviewed in the United States on August 10, 2020
Verified Purchase
A few heart stopping, heartsick moments did nothing to dampen my pure enjoyment of this book. I had a smile on my face and laughed out loud several times.
I read for free with Kindle Unlimited, but I'll be buying a copy to support the writer!
Read more
Helpful
Report abuse
See all reviews

Liash
5.0 out of 5 stars Loved it!
Reviewed in Australia on March 13, 2019
Verified Purchase
This is my first book by this author, and I'm hooked! The worldbuilding, characters and storyline are all well written, intriguing and real.

Dante and Sean have crossed each other's pasts several times throughout their teen and early adult lives - and not always in a positive/happy way either. Dante's meddling and abusive father interfering in their lives the cause of their unhappiness (Note to prospective readers - the abuse is intimated, not occurring first hand in the book). When they cross paths in the present day as men in their mid-20s, the spark is still there, but Dante doesn't recognise Sean, and Sean is still hurt from their last encounter. Dante has always ruminated on what happened to 'Grey' - the name he gave to the mystery guy who never gave his real name but turned his world upside down. Sean reminds him of his memories of Grey, but surely it couldn't be him after all this time?

As they navigate their attraction and whether they can both afford to act on it, Dante just might find the soul his music has been missing, but at what cost? Sean knows Dante is only at the retreat temporarily, and will soon be back to his jet-setting life - so can he afford to put his heart on the line again?

I loved how their story progressed, and the humour and heartfelt moments interspersed throughout. It had a good balance, and the little twists/reveals towards the end filled in some blanks that I admit I didn't even know were there. As a fellow Aussie, I also love that this was set in Australia.

A great read that I would definitely recommend, and I look forward to reading more from this author.
Read more
One person found this helpful
Report abuse

Jeanie Giles
4.0 out of 5 stars An Aussie change
Reviewed in Australia on March 2, 2019
Verified Purchase
The world of rock and roll is foreign to me, but I can only imagine how truly cut throat it can be. My heart felt for Dante. His father was brutal in many senses of the word. Did I believe it was all for Dante's best interests...? Not really, no. The man was a self serving bully, but in the end what is meant to be is meant to be, bully or not. Sean needed to protect himself from what he believed happened all those years ago, and Dante was slowly suffocating under the weight of himself. Sexy times, misguided beliefs, music and finally a HAE. Worth a read, but not quite 5 stars from me
Read more
Report abuse
See all reviews