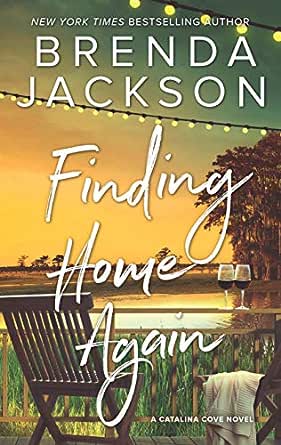 You've subscribed to Catalina Cove! We will preorder your items within 24 hours of when they become available. When new books are released, we'll charge your default payment method for the lowest price available during the pre-order period.
Update your device or payment method, cancel individual pre-orders or your subscription at
Your Memberships & Subscriptions 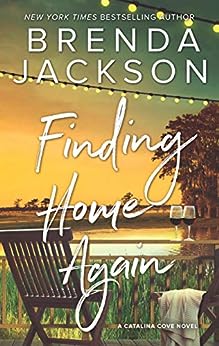 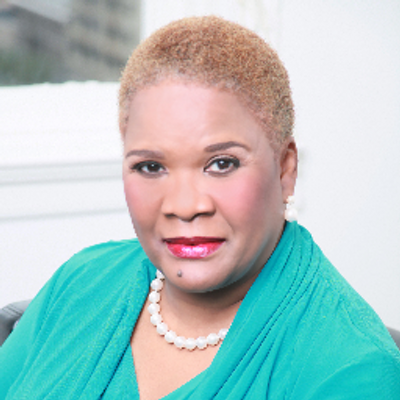 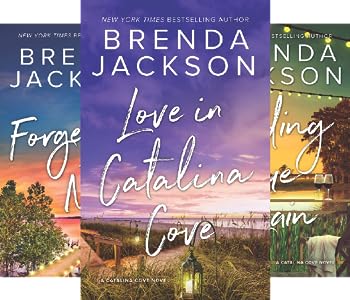 "Jackson was the first African-American author to make both the New York Times and USA Today romance bestsellers list. And after twenty years in the business, books like Love in Catalina Cove prove that she's still a prevailing force in romance." -BookPage

"Jackson again straddles the fine line of romance and suspense with skill." -RT Book Reviews on Seized by Seduction

"Jackson's deft plotting and effective red herrings keep the suspense high as her multidimensional characters command the reader's attention...The only flaw of this first-rate, satisfying sexy tale is that it ends." -Publishers Weekly on Forged in Desire (starred review)

"Leave it to Jackson to take sizzle and honor, wrap it in romance and come up with a first-rate tale." -RT Book Reviews on Temptation

"Brenda Jackson is the queen of newly discovered love... If there's one thing Jackson knows how to do, it's how to pluck those heartstrings and stir up some seriously saucy drama." -BookPage on Inseparable

"Welcome to another memorable family tree created by the indomitable Brenda Jackson, a romantic at heart." -USA TODAY on A Brother's Honor

"[Jackson] proves once again that she rocks when it comes to crafting family drama with a healthy dose of humor and steamy, sweaty sex. Here's another winner." -RT Book Reviews on A Brother's Honor, 4½ stars, Top Pick

"This deliciously sensual romance ramps up the emotional stakes and the action.... [S]exy and sizzling." -Library Journal on Intimate Seduction

"Jackson does not disappoint...first-class page-turner." -RT Book Reviews on A Silken Thread, 4½ stars, Top Pick --This text refers to the mass_market edition.

Brenda Jackson is a New York Times bestselling author of more than one hundred romance titles. Brenda lives in Jacksonville, Florida, and divides her time between family, writing and traveling. Email Brenda at authorbrendajackson@gmail.com or visit her on her website at brendajackson.net. --This text refers to the mass_market edition.

4.8 out of 5 stars
4.8 out of 5
588 global ratings
How are ratings calculated?
To calculate the overall star rating and percentage breakdown by star, we don’t use a simple average. Instead, our system considers things like how recent a review is and if the reviewer bought the item on Amazon. It also analyzes reviews to verify trustworthiness.

Yaa Peculiar
1.0 out of 5 stars Lazy writing. Bland characters. No real conflict. Blah.
Reviewed in the United States on February 2, 2020
Verified Purchase
I've read all of her Madaris books, and I'm realizing everything the author has written since those books is literally derived from those stories. This story is almost the EXACT same story as another book she wrote on the Steele series. So unimaginative.

The characters lack individuality and personality. All of the men are exactly the same. "Fiercely male" (which is a code word for misogynistic) and hoes while all the women stay untouched, pine over them and refuse to go out and find men who could love them because this ONE man is it. That might've worked in the 1990s. But in 2020? I think NOT! Lol The author is stuck in a different time period, and her characters don't relate to the Black women of today.

The writing is also lazy and remedial. There are moments when she doesn't even share pivotal moments that the characters had with us nor do we get to experience the characters speak in such moments. She just writes what happens in a 5 sentence daydream recap so that she doesn't have to go through the work of having her characters do it. It's lazy and took me completely out of the book. It's like having a narrator who doesn't care enough.

There's also no real conflict in this book AT ALL, so there really isn't even a climax. He thought she cheated, so for 10 years he hated her for it and she hated him for not trusting her. Sound familiar? Because that is definitely the exact same situation between Trevor and Regina's parents in Fire and Desire. And then some random man she doesn't know kidnaps her. I died laughing as soon as he poked her with the chloroform needle. Lol! It made no sense. It was so absurd. It also happens in so many of her books, and I'm over it.

And if I read the word "brazen" ONE MORE TIME!!

PE
4.0 out of 5 stars Rekindling Lost Love!
Reviewed in the United States on October 31, 2019
Verified Purchase
"Finding Home Again", is the third book in the Catalina Cove Series and I really loved reading this book. The two main characters Kaegan and Bryce, were a couple that I was rooting for from the beginning to the end. I liked how the author changed this book up from the first two books in the series. I became captured with their story-line the most because the story was more focused on the building up a fallen relationship than about lust and sex as in Sawyer and Vashti's (book one), and Ray and Ashley's (book two). This story is a low burning pot, to a slow smoky fire on wood.
This book moved at a steady pace and that was fine by me. I knew that things were going to turn around for them in the end. Moreover, The rift that brought them apart, first, I thought about some funny reasons that they broke up and I told myself that it was not important about why they broke up because I could have said some bad things and I did not want to go there. What will bring them back together is what I wanted answered. Bryce was very cautious and questioned a lot when it came to Kaegan. She had to make sure everything was in the up and up. The new relationship is what I felt with them. When reading Bryce's inner personal thoughts and feelings; she needed a newness and freshness from Kaegan. They cannot recapture what they lost. Overall, I enjoyed reading this book and I feel that I gotten what I needed from all three books.

Kindle Customer
VINE VOICE
5.0 out of 5 stars Well worth the wait!
Reviewed in the United States on October 29, 2019
Verified Purchase
Wow, finally we get to learn why there is so much animosity between Bryce and Kaegan. I knew there was a story there I just had no idea what. All fans of Brenda Jackson novels are going to love this book. I read this story in one sitting that's just how good this story is. Get ready to meet up with some of the folks from "Love in Catalina Cove", people from "Forget Me Not" and all of the regulars living in Catalina Cove!!! Trust me fellow readers you are going to love Keegan and Bruce's story. There is also some bonus content from the next book and you will love that too! Great job Mrs. Jackson a really great job to be sure!!!!!! I forgot in my initial review but guess which one of Mama Laverne Madaris' grandchildren makes an appearance in this book?
Read more
7 people found this helpful
Helpful
Comment Report abuse

Anissa
5.0 out of 5 stars Finding home again
Reviewed in the United States on November 9, 2019
Verified Purchase
**SPOILER ALERT***
Bryce and Kaegan’s story started 10 years ago when they were very young adults. Their story is the third story of the Catalina Cove series and it didn’t disappoint. The two ex lovers, ex friends appeared in the two previous books briefly and their loathing for each other was clear but the reasoning for the hate hate relationship was unclear. Kaegan thought he saw Bryce with another man the night he came back to the Cove to propose to a young Bryce. He was being fed information from his now deceased father letting him know Bryce was seeing another man. 10 years later Kaegan and Bryce were sworn enemies, Kaegan because of Bryce’s alleged betrayal and Bryce because of Kaegans accusations and willingness to believe the worst of her had them at a deadlock and standstill. Kaegan learns of Bryce’s true intentions with a friend that turned out to have been gay the entire time. Kaegan is determined to reclaim his lost love and make Bryce his again! This story was beautiful and really showed that communication and trust are the best things to have in a relationship. Even if you think you saw something maybe a simple conversation and trusting the person you are with to be honest with you could’ve changed the outcome. Kaegan had to learn to trust and communicate with Bryce. He learned his lesson and always practiced being upfront with her about what he wanted and even what he had with other women. He wanted to show Bryce that he had grown into a man who would always be straight with her. I loved the patience Kaegan gave Bryce he knew he’d hurt her deeply and wanted to give her the time she needed to realize what she wanted. The suspense of figuring out who was the hater on their relationship was fun I did think that her tire going flat was a set up by Jeremy Skinner but I also thought Kaegan’s tire may have been slashed by the woman who was trying to get his attention. Bryce and Kaegan’s story was sweet and endearing. Brenda Jackson never disappoints when you need a pick me up romance.