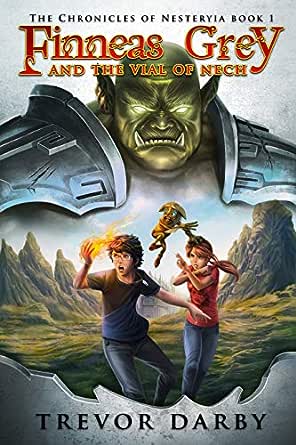 You've subscribed to The Chronicles of Nesteryia! We will preorder your items within 24 hours of when they become available. When new books are released, we'll charge your default payment method for the lowest price available during the pre-order period.
Update your device or payment method, cancel individual pre-orders or your subscription at
Your Memberships & Subscriptions
There was an error. We were unable to process your subscription due to an error. Please refresh and try again. 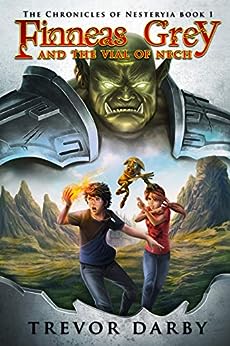 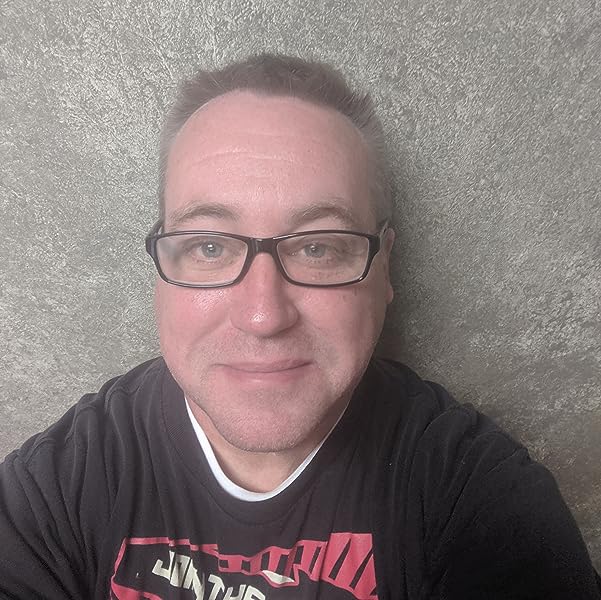 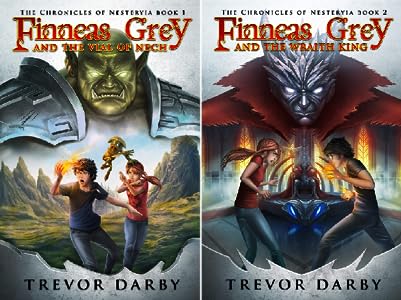 Iris
5.0 out of 5 stars My Son is named Finneas Grey
Reviewed in the United States on April 13, 2020
Verified Purchase
I bought this book upon Googling my soon-to-be son's name (Finneas Grey). Maybe he will read it when he is of age. Until then, he is still in my tummy! Otherwise, this is just a happy circumstance and I have not actually read the book myself (past the first chapter... not exactly this 31 year old's choice of read haha).
Read more
Helpful
Comment Report abuse

Bill
5.0 out of 5 stars Yep, it's a "tween" book.
Reviewed in the United States on October 28, 2020
Verified Purchase
I will not try to outline the tale. Basics? It was an adventure tale of young folks much like "Nancy Drew or The Hardy Boys". In short, a nice easy read for a night or two.
Read more
Helpful
Comment Report abuse

lana turner
5.0 out of 5 stars Lessons for life he was forced to learn the hard way!
Reviewed in the United States on January 5, 2020
Finneas Grey is a young teen who has always been considered a nerd in school and bullied throughout, so now that he was going into a new school he was going to do his best to appear cool. The only friend he had was Audie, she always stuck by him no matter what, so when he made fun of her to appear cool she was very hurt and he did not look cool at all. He put his name down to take part in the science fair but the date of the fair coincided with that of the sorcery tournament and he had promised Audie he would be her partner in this, but sorcery was not considered cool either so he decided to dump Audie and take part in the fair. They met in Dr Nech's lab before their lesson and Audie started looking for the name sheet to strike his name off, when by accident they found themselves in a cupboard and suddenly through a door which landed them in another plane completely. They landed in a strange land with the Vial of Nech in Finn's hands and the adventures started immediately. Though Finn had no idea what he held in his hand everyone else seemed to recognise this for the sought after artifact that it was. Finn like the coward he was ran when Audie was captured, then he was rude to those trying to help him because of his prejudice and fear and all his bad traits were revealed bit by bit, but he also grew through the experiences he was forced to undergo. This is a great book about friendship, courage to face's one's own fears and loss and to appreciate what one has in life. It is a story about growing up, about how experiences shape us to become who we are meant to be. A book about loyalty and love and standing one's ground no matter what. I loved this fantastic adventure which was almost like a LitRPg novel with all it's quests and monsters. Our young heroes faced evil bandits, a tyrannical ogre, dwarves, elves, ceurodians and a lovely hobgoblin called Oopa and though this might seems like a book for a youngish audience it can be enjoyed by all ages. I look forward to joining Finneas and Audie on more adventures in the next book.
Read more
One person found this helpful
Helpful
Comment Report abuse

Mary
5.0 out of 5 stars Adventure Abounds
Reviewed in the United States on January 7, 2020
Finn and his friend Audie have just started their first day of high school. In biology class the teacher announces there will be a science fair in the near future. Finn signs up for it only to find out that it is the same day as a Sorcery Tournament he and Audie are to be in.. Audie is very upset by his decision and convinces him to cross his name off the list. First thing in the morning they go to the classroom to get the list and it is no longer on the door. They look all over the room and can not find it. They go into the teacher's closet and in there fall into some sort of a machine. They come out in Nesteryia.

Finn and Audie are separated right after they arrive. Audie is taken by some men to Bugrot and Finn is captured by some lizard people. The shaman
assigns Mauvin to help Finn learn to use magic and find his friend Audie who in now a possession of Bugrot the king of the ogres.
He meets many kinds of being while with Mauvin. Elves who are not very friendly, Oopa, a hobgoblin, Fira, the dwarf king's daughter and her griffin, Kretcher are met along the way to rescue Audie.

This is quite a good story with a lot of adventure in it.

I received an ARC of this bookt and am voluntarily leaving a review.

Mindjacked
5.0 out of 5 stars Finneas Grey and the Vial of Nech
Reviewed in the United States on April 11, 2020
Finn is finding out how hard it is to be popular, he can't play certain games, or do certain activities, some of which he really likes to do with his best friend Audie. But he knows she is really mad when he breaks a promise to her to do something more popular. Best friends don't do that to each other. But when they are sent to a magical world and separated, all they want is to be back together again, but who will help them navigate this new world.

This is a fun book, with lots of action, suspense, and lot of growing up. It is wonderful in the fact that it points out how not to treat a friend, even though you might be growing apart. But it is also a great book of bullies from both worlds and how to help during these times. It is a wonderfully written book with awesome characters made even better by the wonderful narration of Fred Wolinsky, a man of a thousand voices, and he does have a different one for each character. His voice will also transport you to the land of Nesteryia and you can be there with Finn and Audie as they go through all their trials. I really can't wait for a book two and a chance to go back to Neseryia.
Read more
Helpful
Comment Report abuse

Vancil C. Thomas
5.0 out of 5 stars An exciting read!
Reviewed in the United States on January 8, 2020
No spoilers! Although the characters and the story line are directed to middle and high school ages, this is still a very good read! Especially since I have been teaching middle schoolers for the past 30 years I was able to relate to the problems with relationships at this age! I appreciate deeply how the author has portrayed the mythological characters as well: they are not all what might have expected! Highly recommend this book and I am looking forward to Book 2!

Travis Poole
5.0 out of 5 stars A fun fantasy adventure story
Reviewed in the United States on February 29, 2020
This was a fast and entertaining read. The author does a really good job of fleshing out the characters and you really get to feel like you know the characters. Finn and his friend, Audie, accidentally get thrown into another dimension. A dimension with ogres and elves and dwarves. An evil ogre captures Finn's friend and he has to try to rescue her. My favorite characters had to be the hobgoblins, Oopa in particular. I kept picturing Dobby (I know, he was an elf not a hobgoblin) from Harry Potter. The story ends, no cliffhanger, but there is a lot of potential for the series. A clean, well-written, fantasy adventure story.