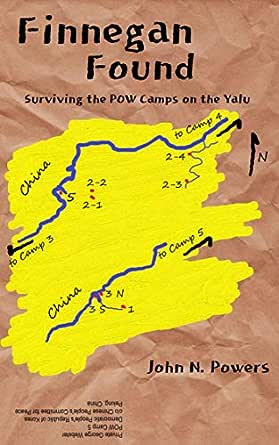 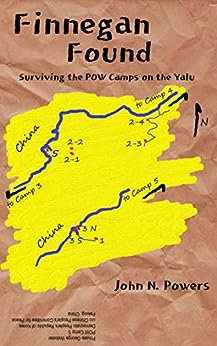 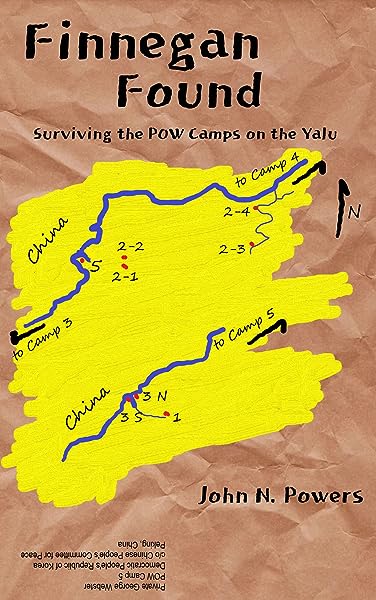 5.0 out of 5 stars
5 out of 5
12 customer ratings
How does Amazon calculate star ratings?
Amazon calculates a product’s star ratings based on a machine learned model instead of a raw data average. The model takes into account factors including the age of a rating, whether the ratings are from verified purchasers, and factors that establish reviewer trustworthiness.
Top reviews

Amazon Customer
5.0 out of 5 stars Hard to put down
Reviewed in the United States on June 23, 2020
Verified Purchase
I found myself looking for opportunities to read another chapter while doing other things. If you have never thought about what POW's went through during their time this is a good book to start your exploration. The descriptions provide enough for you to be able understand what is occurring without being overly graphic.
Thanks for creating a good story to help others understand a often forgotten issue of war.
Read more
2 people found this helpful
Helpful
Comment Report abuse

Myrna Wood
5.0 out of 5 stars Intense! Sad! Everyone should know this!!
Reviewed in the United States on July 21, 2020
Verified Purchase
This story is heartbreaking, because the injustices heaped on our captured troops are not readily known. It is through history that we learn and hopefully go forward in a positive mode. It is common to know about POW’s in World War II and the Vietnam War, but I don’t recall the Korean War POW’s ever being openly acknowledged. I do not believe war causes peace, I believe peace happens when everyone follows God’s Golden Rule!
Read more
Helpful
Comment Report abuse

noname
5.0 out of 5 stars This Book is Worth Reading
Reviewed in the United States on July 19, 2020
Verified Purchase
I thank the author for writing this. Most of us in the USA have no idea of what prisoners of war went through. It is very inspiring to learn of the courage and perseverance that was displayed by men in impossible circumstances.
Read more
Helpful
Comment Report abuse

Kindle Customer
5.0 out of 5 stars EXCELLENT!
Reviewed in the United States on August 4, 2020
Verified Purchase
A novel that reads like history, about unsung heroes of a forgotten war. The author writes almost as if he was there.
Read more
Helpful
Comment Report abuse

sarah
5.0 out of 5 stars Riveting
Reviewed in the United States on August 2, 2020
Verified Purchase
I knew nothing about the Korean pow camps and found this book to be so informative. It kept my interest from very fist page. I found it told a portion of history that was mainly unknown. Well written
Read more
Helpful
Comment Report abuse

A L ARTIST
5.0 out of 5 stars Full of historical insights in a compelling story.
Reviewed in the United States on August 2, 2020
Verified Purchase
Reveals the Orwellian mindset of Asian communism in the fifties, which continues very much today. Also gives a balanced view of admirable, as well as regrettable aspects of the military and those who serve.
Read more
Helpful
Comment Report abuse

kURT Kruger
5.0 out of 5 stars Very good book about Korean POWS
Reviewed in the United States on July 22, 2020
Verified Purchase
Very easy read. Good book about the experience of POWS of the Korean War. Everyone has heard of the Bataan Death March but not the tiger death march where a greater percentage of prisoners were executed and died.
Read more
Helpful
Comment Report abuse

Ann Hawley
5.0 out of 5 stars Exciting from beginning to end
Reviewed in the United States on June 24, 2020
The book “Finnegan Found” by John Powers was exciting from beginning to end. It tells the story of Paul Larson, a young man who grew up on a farm in Minnesota. He was captured on his second day in Korea. He never gave up-helping other soldiers, trying to escape, and using his wits to work against the North Koreans and Chinese whenever possible. Although Paul Larson is a fictional character, many of the heroic deeds were actually true accounts from actual POW’s during the Korean War according to the author. This book was hard to put down! It reminded me of the movie produced by Angelina Jolie-“Unbroken” (about Olympian Louis Zamperini who spent 47 days in a raft before he's caught by the Japanese navy and sent to a WWII prisoner-of-war camp). I hope that this book gets made into a movie too!
I learned so much about the horrific conditions that the prisoners of war in Korea had to endure from death marches through snow and mountains, lack of medical care, forced labor, starvation, and torture to the loss of hope by many. Prisoners were forced to sign “confessions” and statements against the United States and march in parades holding banners. Their ingenuity on making banners with nonsensical or double meanings made me chuckle (such as “Up Mao” and “Chairman Mao for President”). Paul Larson’s newly learned skill of picking locks was useful numerous times, and his escapades were legendary (and life-saving) to his friends and many fellow soldiers.
“Finnegan Found” is a story of overcoming extreme hardship, the horrors of war, true friendship, and hope in spite of almost impossible odds with a war and the heroes that we must not forget.
Read more
4 people found this helpful
Helpful
Comment Report abuse
See all reviews from the United States