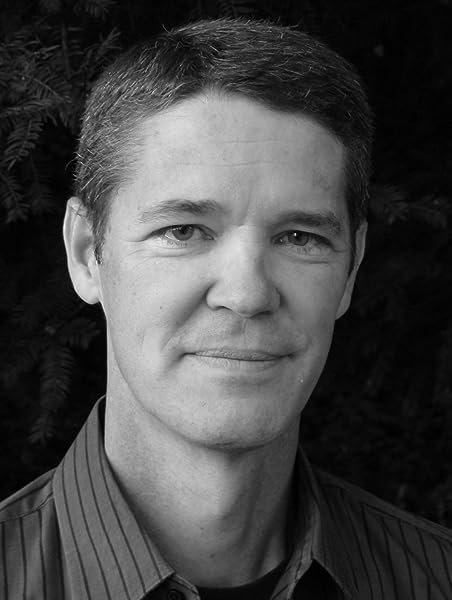 by Michael Punke (Author)
4.5 out of 5 stars 312 ratings
See all formats and editions
Sorry, there was a problem loading this page. Try again.

The author of the #1 New York Times bestseller, The Revenant -- basis for the award-winning motion picture starring Leonardo DiCaprio -- tells the remarkable story of the worst hard-rock mining disaster in American history.

A half-hour before midnight on June 8, 1917, a fire broke out in the North Butte Mining Company's Granite Mountain shaft. Sparked more than two thousand feet below ground, the fire spewed flames, smoke, and poisonous gas through a labyrinth of underground tunnels. Within an hour, more than four hundred men would be locked in a battle to survive. Within three days, one hundred and sixty-four of them would be dead.

Fire and Brimstone recounts the remarkable stories of both the men below ground and their families above, focusing on two groups of miners who made the incredible decision to entomb themselves to escape the gas. While the disaster is compelling in its own right, Fire and Brimstone also tells a far broader story striking in its contemporary relevance. Butte, Montana, on the eve of the North Butte disaster, was a volatile jumble of antiwar protest, an abusive corporate master, seething labor unrest, divisive ethnic tension, and radicalism both left and right. It was a powder keg lacking only a spark, and the mine fire would ignite strikes, murder, ethnic and political witch hunts, occupation by federal troops, and ultimately a battle over presidential power.
Read more
Previous page
Next page

In this compelling tale, Punke recounts the grim details of the worst hard-rock mining disaster in United States history. On June 8, 1917, a fire broke out in the main shaft of a huge complex of copper mines 2,000 feet beneath Granite Mountain in Butte, Mont. The fire raged for three days, killing 164 of the 400 or so men at work that day. Punke, a Washington, D.C., lawyer and novelist (The Revenant), takes the reader deep underground and into the heart of the calamity. If the horrifying account of the fire and the trapped men is the heart of this yarn, its soul is Punke's historical contextualization of the event. He paints a vivid picture of a city, state and nation in the grip of industrial monopolies. In Butte, copper was king and Standard Oil, in the guise of Anaconda Mining, owned most of the copper (though not the Granite Mountain mine). In Punke's telling, Standard Oil spent lavishly to control the municipal and state governments; they aggressively fought the miners' union. Immediately after the tragic fire, the workers violently vented their fury on the hated Anaconda. Like the hardworking miners he writes about, Punke gets the job done, with sturdy prose. (Aug. 8)
Copyright © Reed Business Information, a division of Reed Elsevier Inc. All rights reserved.

By the standards of the early twentieth century, the Granite Mountain copper mine was a model of safety; the shafts were well ventilated and a sprinkler system was nearly completed. Furthermore, the mine was owned by the North Butte Company, which was neither as powerful nor as resented as the rapacious Anaconda Copper Mining Company, which controlled much of Montana. Nevertheless, when a shaft fire broke out on June 8, 1917, it unleashed a variety of pent-up hatreds that had festered in Butte for months, if not years. Initially, the fire trapped more than 400 men beneath the surface. One hundred sixty-four people died, and Punke's recounting of the struggle of the others to survive is tense, exciting, and even inspiring. A lawyer, novelist, and Montana resident, he tells an equally interesting story of the ethnic conflicts, anti-war protests, and labor warfare that quickly exploded and ravaged the area for the next three years. This is a timely work, with the recent spate of fatal mine disasters reminding us that deep-shaft mining remains a dangerous profession. Jay Freeman
Copyright © American Library Association. All rights reserved

both a heart-pounding story and a deeper reflectio.n -- Peter Stark, Correspondent, Outside magazine and author of At the Mercy of the River

Michael Punke grew up on the North Platte River in Wyoming. During his teenage years he spent three summers as a "living history interpreter" at Fort Laramie National Historic Site. His professional experience includes work for a Montana senator and a stint on the White House Staff. He lives in Montana with his wife and two children.
Read more

Michael Punke serves as the U.S. Ambassador to the World Trade Organization in Geneva, Switzerland. He has also served on the White House National Security Council staff and on Capitol Hill. He was formerly the history correspondent for "Montana Quarterly, "and an adjunct professor at the University of Montana. He is the author of "Fire and Brimstone: The North Butte Mine Disaster of 1917, "and "Last Stand: George Bird Grinnell, the Battle to Save the Buffalo, and the Birth of the New West. "His family home is in Montana.

Amazon Customer
1.0 out of 5 stars Printing/Binding issues
Reviewed in the United States on April 9, 2021
I love this book, but This printing was missing the first couple of chapters when it was received. Beware 😬
Images in this review

DiShopper
5.0 out of 5 stars Gift
Reviewed in the United States 🇺🇸 on September 26, 2022
Verified Purchase
This was a gift. It looks like it will be a very good book about the tragic mining accident in Butte, Montana.
Read more
Helpful
Report abuse

Edwin W. Thanhouser
5.0 out of 5 stars Lessons learned from Butte's mining and labor history
Reviewed in the United States 🇺🇸 on July 21, 2022
Verified Purchase
I admire Punke's detailed and documented research and his story telling. From the intimate details of personal tragedy and triumphs to the broad scope of corporate greed and its horrible impact on workers, Punke weaves a detailed accounting of the infighting in labor's failed attempts to organize juxtaposed with the almighty power of the corporation's control of the press and working conditions.
Read more
One person found this helpful
Helpful
Report abuse

Amazon Customer
4.0 out of 5 stars Excellent accounting connecting history and events
Reviewed in the United States 🇺🇸 on April 10, 2022
Verified Purchase
Good book for fans of historical nonfiction. I liked the description of the political and social context for this tragedy. Highlights the fight between the workers against corporate and government forces.
Read more
Helpful
Report abuse

chris c
4.0 out of 5 stars Great read
Reviewed in the United States 🇺🇸 on January 10, 2022
Verified Purchase
Fantastic story, well researched. The author does a wonderful job telling not only the story of the horrific fire and working conditions faced by the miners but also of the political climate at the time.
Well worth a read .

Kendra June Cousineau
5.0 out of 5 stars Must read for anyone who grew up in Montana
Reviewed in the United States 🇺🇸 on October 28, 2021
Verified Purchase
I originally had to read this book for a college course. I recently ordered it again and it is even better the second time around. Punke is an amazing journalist and story teller. As a journalist myself, I am always in awe the way he is able to connect MT state history to this one horrible event. His writing is smart, funny, and heartbreaking.
Read more
One person found this helpful
Helpful
Report abuse

Raven1
5.0 out of 5 stars Excellent book
Reviewed in the United States 🇺🇸 on October 2, 2021
Verified Purchase
This is a remarkable book. It describes a fascinating piece of history written in a completely engaging manner. The story goes well beyond the story of the mine disaster, describing the politics of the time and the ruthless villains and selfless heroes of the early union movement in Montana.
Read more
One person found this helpful
Helpful
Report abuse

WILLIAM J ARVIDSON
4.0 out of 5 stars About more then a mining disaster
Reviewed in the United States 🇺🇸 on January 6, 2021
Verified Purchase
This was a very interesting book where the central story was about the mining disaster but also about American politics. It is also about the corporate power versed against fledgling unions with corruption that lives on to this very day.
Read more
One person found this helpful
Helpful
Report abuse

butchosbox
5.0 out of 5 stars Awesome read
Reviewed in the United States 🇺🇸 on February 12, 2016
Verified Purchase
Superb book by a truly great author about people my grandad would have known in his day working for Marcus Daly as his hack driver. Grandad Mke Ryan loved "Mister Daly" and said he was a kind, caring gentleman who cared about his workers unlike Clark who was the opposite. This book gripped me from the get go and never let me loose. I go to the graveyard where the folks in this story are buried and reflect on their lives and am happy that their story is so well told. It's a tribute to us who worked in this area and lived and died with the old copper collar around our necks. "Heres to the hearts and souls of the men who came with the dust and left with the wind" and died in the dark belows. Tap er light. Now if the author would sign my book before I have to hunt him down in Missoula.
Read more
9 people found this helpful
Helpful
Report abuse
See all reviews

Alexander Bryce
4.0 out of 5 stars Too much detail?
Reviewed in the United Kingdom 🇬🇧 on October 24, 2017
Verified Purchase
An excellent read by a skilled writer. Perhaps a little too much detail which I found at times swept over me without my taking it in. Having said that, it reads like a drama rather than a non fiction, historical account which kept me with it until the end.
Read more
3 people found this helpful
Report abuse

Paul
2.0 out of 5 stars Spends too much time on american politics after the event (right up to the 40s and 70s)
Reviewed in Canada 🇨🇦 on August 21, 2018
Verified Purchase
Despite a promising start, the final half of the book deals almost exclusively with american senate politics between FDR and Wheeler. I am sure there are better books about mine disasters more concerned with the event itself.
Read more
Report abuse
See all reviews