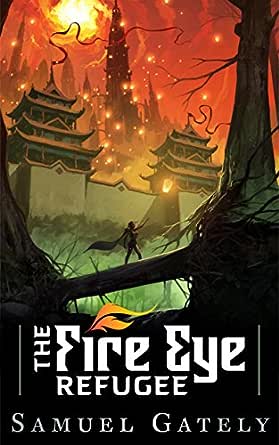 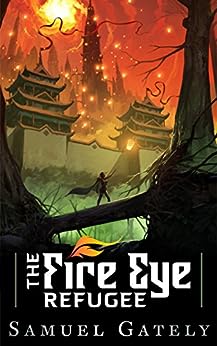 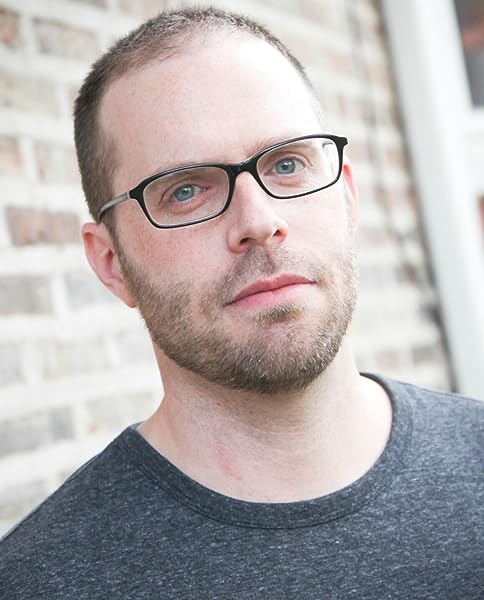 "The book with a heart of gold and unparalleled sincerity. Indeed one of the the best I've read this year." - Alex Khlopenko, editor of Three Crows Magazine

"The Fire Eye Refugee was fast paced and entertaining, with just the right amount of political drama, intrigue and character development to keep me invested in the story, without a lot of blood and gore. The entire book was a very entertaining mix of Indiana Jones, meets Sherlock Holmes, and American History X, with a little bit of fire magic thrown in for fun." - Books to Combat the Rain

"A stunning plot and characters. I love the level of depth he brings to the world and the people within the story. Great ending." - Amazon Reviewer

Samuel Gately is a writer of novels and short stories in the fantasy genre. Most have spies in them. He lives in Oak Park, just outside Chicago, with his wife, daughters, and two terrifyingly fluffy dogs. You can find updates and new release information at samuelgately.com.

Calvin Park
VINE VOICE
4.0 out of 5 stars A Unique Fantasy Tale
Reviewed in the United States on July 26, 2018
Verified Purchase
The Fire Eye Refugee is a fast-paced, incredibly fun read. It’s a fantasy detective story, reminiscent of 1920s era detective novels. There is a lot to love in this little book, and it’s worth not only adding to your TBR pile but moving toward the top.

Samuel Gately has given us a unique fantasy tale with a lovable cast of characters. Like in all great detective stories, the beat is important and in this case the beat is the city of Celeste during the Fire Eye festival. Gately weaves a wonderful world that feels incredibly real. There are prejudices. There is arrogance. There is a giant eye made of fire! Literally. It sits (hovers?) above the city and provides a mystery all its own. Not only is the worldbuilding excellent, but Gately provides an excellent main character and a loveable cast to support her. Each of the characters feels like they have their own motivations and reasons for doing what they do. They each have personality, and that’s something that is often lacking in side characters—especially in stories that are fast-paced. Have I mentioned that this book doesn’t really stop to catch its breath? It keeps you guessing and turning the pages until the end.

There are a couple small weaknesses that get in the way of an otherwise excellent novel, however. First, the romantic subplot was weak, and contributed nothing to the rest of the plot. For such a tightly plotted story, it felt unnatural to take a (seemingly) sudden detour for some sex before basically getting back to business as usual. It seemed extraneous and could have been expunged without damage to the novel. Second, and this is a more preference-oriented critique, there were painfully few fantasy elements. If the phenomenon of the Fire Eye were removed, there would be very little to set this apart as a fantasy. There are hints that the world includes at least some fire magic, but they remain only hints in this book. This won’t be a weakness for everyone, but I like my fantasy with magic—and lots of it.

These weaknesses weren’t enough to severely impact my enjoyment, though. This is yet another SPFBO 2018 book that I can heartily recommend to others. Don’t hesitate to grab this book and spend a wonderful day wrapped up in a well-executed world with amazing characters and a fast-paced plot. When you finish, you’ll want to pick up the sequel and see what happens to Kay and company next. 4.2/5 stars.
Read more
One person found this helpful
Helpful
Report abuse

Despite being the first book in the series, the overall feeling is like the finale of a longer tale. Characters and background elements gradually fill in as needed, without any room for exposition. In some ways, I can see how that might throw some off, because in the earlier parts of the story the pacing makes it feel like you should already know more. Those missing facts weave in as the tale progresses and the characters and setting reveal themselves, but there are moments early on where if feels like you've missed something. But then it's quickly on to the next thing, and the next, and by the end all those details have naturally filled themselves in.

There's an evil army somewhere beyond the horizon, but the plot centers around the politics of a walled city surrounded by refugees. It's definitely not high-fantasy, but low-fantasy often implies a sort of sword-and-sandals approach that isn't quite right either. It's a medieval-ish urban setting in a fantasy world, and while there is magic, it seems pretty rare and not well understood. The 'fantastic' elements of fantasy are muted but omnipresent; there are no dragons, but there's a magical seeming phenomena in the sky... there's an evil magician, but his wizardry is not really the focus of the tale, merely a part of it.

It's a short-ish book, at least for fantasy, but it feels very full. I could have enjoyed more ambient details about the city and the cultures there, perhaps clearer depictions of dress or architecture, but overall those felt like absent luxuries rather than overlooked necessities. The nice thing is, if it leaves you looking for more, the sequel is already available, and he's even got another, similar trilogy (which is maybe set in the same world? not sure).

Overall, I thought it was a really fun ride, and I'm looking forward to the next one!
Read more
Helpful
Report abuse

Dark Unicorn
5.0 out of 5 stars JA Stone
Reviewed in the United States on December 26, 2017
Verified Purchase
I discovered this author as a fellow competitor in the Kindle scout competition. I was intrigued by the cover art and bought the book. I thoroughly enjoyed Gately's world building, descriptives and characters, particularly the interactions between Kay, the protagonist, and Abi.
The narrative if progressive and the action intense. I love how the author has incorporated a rich history of his world, replete with unique language and expressions. "The Dynasty weeps". I would very much recommend this title.
Read more
2 people found this helpful
Helpful
Report abuse

Margaret
5.0 out of 5 stars A perfect balance of adventure, magic, and mystery
Reviewed in the United States on February 19, 2019
Verified Purchase
Fire Eye Refugee twists and turns as much as the streets of its setting, Celest. Following Kay, a private investigator who specializes in finding lost children, Gately has built up a fascinating city, caught in the midst of a war refuge crisis, but not all is as it seems as Kay picks up a mysterious new client. One thing after another, and Kay is in the middle of a much bigger plot.

Danny
5.0 out of 5 stars best of gately so far
Reviewed in the United States on January 19, 2018
Verified Purchase
fantastic read. I read the author's other series and obviously enjoyed it enough to continue with this book. and this was by far my favorite, a nice mix of fantasy, magic, and imperfect characters that are captivating. I'm looking forward to the next in the series.
Read more
One person found this helpful
Helpful
Report abuse

Michael Underwood
4.0 out of 5 stars Good action from start to end
Reviewed in the United States on July 20, 2018
Verified Purchase
I liked this book . Plenty of action. Kay turns out to be an exceptional problem solver. It kept my interest throughout and has got me looking for the next story. Thank you for the entertaining read.
Read more
Helpful
Report abuse

Andrew
4.0 out of 5 stars Quick read
Reviewed in the United States on October 29, 2018
Verified Purchase
It was a quick read. It was enjoyable. The ending seemed kind of rushed though. I would recommend it though.
Read more
Helpful
Report abuse
See all reviews

Olivia
4.0 out of 5 stars An entertaining fantasy mystery
Reviewed in the United Kingdom on August 9, 2018
Verified Purchase
This book has a fantastic cover. It's also entered into Mark Lawrence's fourth SPFBO contest, and I'd like to thank the author for providing me with a copy. This is my honest review.

Kay finds lost children. She's a character with a dangerous past threatening to catch up with her. Gately developed her well, and she's smart, independent. She's got mixed blood and finds herself in the middle of racial tensions between the Gol and the Farrows. In fact, Gately deals with some very dark issues in this book, and racial and social tensions are high in the city of Celest.

I highly enjoyed reading about Celest. It's a great setting, and Gately describes it well. I would have wished for a bit more world building and background to the current conflict.

Gately's prose is accessible and straightforward, and the novel is well edited. It's a fairly short read, fast paced and the plot is entertaining. At its heart it's a mystery, and reminded me a bit of the Sherlock Holmes novels.

Overall, it's a solid book with an exciting premise and everything necessary to make a great fantasy novel. Sadly, I had trouble connecting with any of the events or characters. Somehow, I did not manage to build an emotional rapport, and towards the end I realised, that I didn't actually care all that much whether the protagonist succeeds or fails.

I recommend this one to fantasy fans looking for a quick read that deals with a refugee crisis, and the problems resulting from a clash of different cultures.
Read more
Report abuse