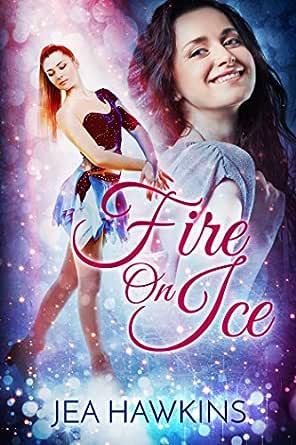 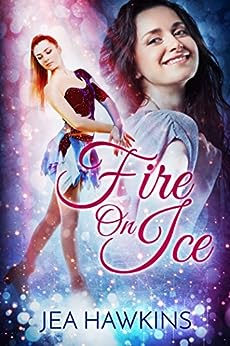 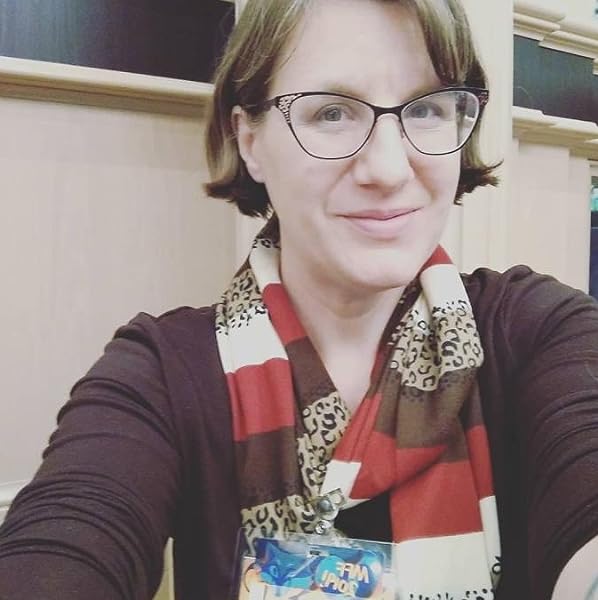 Lynette
5.0 out of 5 stars Absolutely perfect
Reviewed in the United States on January 29, 2018
Verified Purchase
I have been a fan of a Jea Hawkins since her first novel Samething About You came out. Fire On Ice is my new favorite by her. What’s not to love about two women who are supposed to be enemies on the ice falling in love? Madison Brinkley has lived her entire life under her mother’s controlling thumb and has one more shot at making the USA Olympic team and win gold. Zoe Claretto is a newcomer who is viewed as a threat in Madison’s quest for gold. This book is about Madison learning to stand up to her mother as it is about her and Zoe’s blossoming love. And there is all of the figure skating and Olympics. I wish this boo could have come with an actual soundtrack of the music used in their programs. This book was absolutely perfect.
Read more
One person found this helpful
Helpful
Comment Report abuse

Roy William Wright
5.0 out of 5 stars Э
Reviewed in the United States on March 10, 2018
Verified Purchase
Really liked this one Jea, every page so full of sincerity and believable truth. Makes one realise, even those at the very pinacle of their profession's or chosen sports, can and will go down the slightly unconventional road when sweet, true feelings beckons. Roy William Wright.
Read more
One person found this helpful
Helpful
Comment Report abuse

Amazon Customer
5.0 out of 5 stars Fantastic!
Reviewed in the United States on January 28, 2018
Verified Purchase
What a fantastic story. If I could, I would have read this in one sitting. I highly recommend this book!
Read more
2 people found this helpful
Helpful
Comment Report abuse

Rae Storey
4.0 out of 5 stars The fire is real folks
Reviewed in the United States on February 13, 2018
As I write this, I am watching the 2018 Winter Olympics in PyeongChang, South Korea and I am immensely excited to be an armchair judge for all sorts of sports. After reading Fire on Ice, the women’s figure skating events have an added layer of titillation. Are there any Madisons who have finally found their Zoes? Who has found not only someone to challenge her, but also someone to encourage and support her? Who has found someone to love and trust through all that chaos? And by that I refer to Madison Brinkley and Zoe Claretto.

Tall and lithe Madison Brinkley is 27 (nearly 28) years old and at the tale end of a successful skating career. She has one final shot at winning an Olympic gold, but she’s been on autopilot for a long time, all of the fun and passion having been sucked out of her life. To have any hope of winning, she’s going to have to remember what she loves about skating. Enter sassy up and comer Zoe Claretto — absolutely bubbling over with charisma and enthusiasm. A petite, curvy young woman, she’s shaking things up in the skating world with her rock music and colorful costumes. She's also shaking things up in Madison’s world with her sensuality and open honesty.

One of my biggest attractions to Jea Hawkins’ books is her skill at creating an incredible cast of characters used to deliver a phenomenal story. From the leading ladies, to the supporting cast, even to the audience which has still been given a personality and voice. I absolutely adore Madison and Zoe; they are such dynamic and beautiful characters filled with strengths and flaws which compliment the other woman in that way that just gave my heart warm fuzzies.

I also want to point out that Jea Hawkins doesn’t use a template to churn out book after book. Oh, sure there will be angst. And there will be love. But the storylines, the character interplay, the pacing, the crises, the climax, it’s all unpredictable and always refreshing. I never know what I’m getting into when I open a new one; which emotional combination will she be playing up. Although, if I’m being completely honest, the does cause a surge in my anxiety...totally worth it though.

Finally...aside from being a bookworm...I'm a HUGE geek I always love the game of finding when Jea drops some geekdom somewhere in the story.
Ramirez: “But remember this – when you’re out there, it’s not you against them. It’s you against yourself.”
Zoe: “That is so Jedi of you.”
Read more
3 people found this helpful
Helpful
Comment Report abuse

The old one!
5.0 out of 5 stars Another great book!
Reviewed in the United States on January 24, 2018
Great book. Madison and Zoe have an amazing hate to friends to love relationship. Pacing was exactly right and their personalities were exactly what I would have expected. This reinforces the belief that you really only need to be true to yourself to excel in whatever you chose to do. Of course, having someone to love and who loves you back can only make life better. I love the Olympics and I love this book! Highly recommend. Jea, another book very well done. Thank you so much for writing it.
Read more
2 people found this helpful
Helpful
Comment Report abuse

Adult LesFic fan
4.0 out of 5 stars A great, fun read!
Reviewed in the United States on February 1, 2018
This author does not disappoint, her writing pulls you in from the beginning and has you rooting for the main characters (and against the villian).

I enjoy her writing style and appreciate that her books have been carefully proofread and edited.

The Korean Olympics setting was fun and timely and the happily ever after ending was perfect without being overdramatic.

Take the time to read this one, you'll be glad you did!
Read more
One person found this helpful
Helpful
Comment Report abuse

T. Wright
5.0 out of 5 stars Fire On Ice Review
Reviewed in the United States on January 28, 2018
Another hit by Jea Hawkins! This story kept me guessing and I couldn't wait to see how it all ended. It had all the elements of a good romance; conflict, love and bravery. I rarely re-read books, but would read this one again. It was even better that it included two athletes my favorite winter sports!
Read more
One person found this helpful
Helpful
Comment Report abuse

jacquline smith
5.0 out of 5 stars This was amazing
Reviewed in the United States on January 23, 2018
I loved everything about this book.especially sense the Olympics are just around the corner.this was a great story of love and accepting one's self.just amazing.
Read more
One person found this helpful
Helpful
Comment Report abuse
See all reviews from the United States