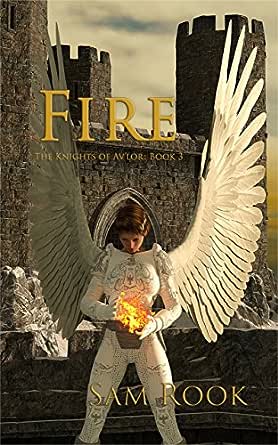 You've subscribed to The Knights of Av'lor! We will preorder your items within 24 hours of when they become available. When new books are released, we'll charge your default payment method for the lowest price available during the pre-order period.
Update your device or payment method, cancel individual pre-orders or your subscription at
Your Memberships & Subscriptions
There was an error. We were unable to process your subscription due to an error. Please refresh and try again. 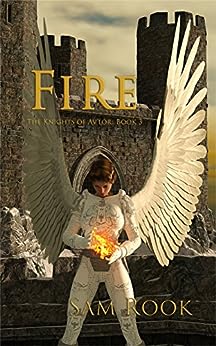 Your guide to mental fitness.
Kevin Hart breaks it all down. Listen free with trial
click to open popover
Books In This Series (3 Books)
Complete Series 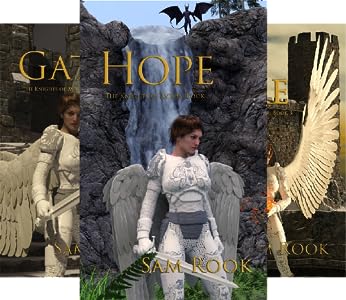 Kindle Customer
5.0 out of 5 stars Fast paced, action packed fantasy tale
Reviewed in the United States on January 1, 2018
"Fire" takes off where "Gate" left off, and continues the story begun in "Hope". In Book I, Kate is thrown into another world where magic exists, where daemons - dark elves called Zahkrinon - are decimating the human population. The humans have developed a winged army, and Kate becomes one of the knights fighting to protect the humans. She learns magic - and falls in love with Lanclor; another winged knight. There is a gate between Earth and the planet, but in Book II it is destroyed. "Fire", book III, is just as action-packed and amazing as the first two books, and it's best to read the first two books before this one.

In Book III, the gateway between Earth and Av'lor has been destroyed, and Kate's daughter, Rachel, is separated once more from her mother. Kate has to somehow rescue her daughter, but before she can do that, she has to find a way for the knights of Av'lor to defeat their enemies, the dark elves. Fast paced and full of emotion and action, this book (and series!) is highly recommended!
Read more
Helpful
Comment Report abuse
See all reviews from the United States