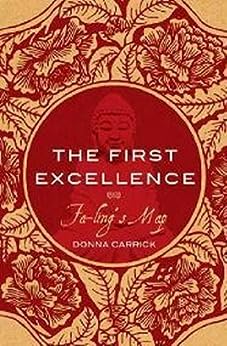 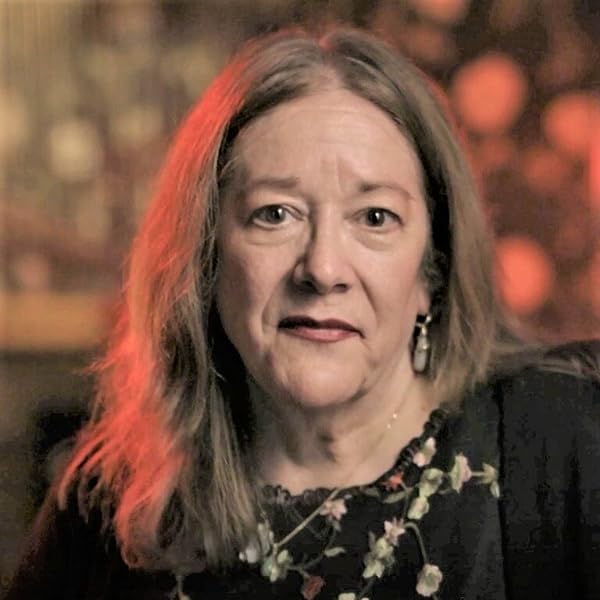 Your title says it all. Not only was it excellent, it kept on my toes and I was so excited to see what other spin you could put on it. A must read! I could not put it down. Can't wait for your next one to come out, add me to your list please.  --Keti Penner -- Toronto, Canada --This text refers to the paperback edition.

4.3 out of 5 stars
4.3 out of 5
79 global ratings
How are ratings calculated?
To calculate the overall star rating and percentage breakdown by star, we don’t use a simple average. Instead, our system considers things like how recent a review is and if the reviewer bought the item on Amazon. It also analyzes reviews to verify trustworthiness.
Top reviews

Kayak Jeff
2.0 out of 5 stars An intriguiging story set in China.
Reviewed in the United States on December 6, 2016
Verified Purchase
This was an interesting story; ran parallel for characters within the current plot, a story within a story. All the elements for a great story are here: corruption, repression, abuse, adoption, hope. The only thing which disappointed me was Fa-Ling's sex scene. I do not enjoy books with gratuitous violence or sex, or lots of swearing. There is violence in the book but it is not graphic. Had the sex scene as an adult been omitted, I would recommend this book to my friends and give this book a solid 4.5 stars.
I lived in Taiwan and have visited China. Great to see Chinese names and phrases, occasionally with the tonal marks, Nǐ hǎo. I would liked to have seen more of these, just my preference, as I like to know how to pronounce the names correctly. I like the references to Confucianism and the Excellences. While teaching in Tw I sensed the underlying mix of Confucianism and Daoism in my students. A good job by the author of mixing in just the right amount of cultural background.
Read more
2 people found this helpful
Helpful
Report abuse

Catherine
5.0 out of 5 stars Wow!
Reviewed in the United States on October 28, 2011
Verified Purchase
The First Excellence was a really great read by a writer who has quickly become one of my favorite Indie authors. The story certainly fits the bill for a mystery and a thriller, but it is much more than that. Donna Carrick has once again done her homework for the background of this book. I had no knowledge whatsoever of the process that parents go through to adopt a child from China. I had only a passing knowledge of the Falun Gong as a religious sect that is persecuted in China. And, although going to China is on my bucket list, aside from the Great Wall I had little idea of what I would want to see once there. Mrs. Carrick has done an excellent job of telling a story of a group of couples that travel to China to complete adoptions and run into all kinds of intrigue once there. There is everything from murder, to kidnap for ransom, to embezzlement to double crossing, and on and on. The group visits many cultural sites in China and Mrs. Carrick describes each in lovely detail. There is also a very interesting and sad family saga around the main character Fa-Li. I thoroughly enjoyed this book.
Read more
22 people found this helpful
Helpful
Report abuse

Joan A. Adamak
VINE VOICE
5.0 out of 5 stars Aspects of China as a modern culture
Reviewed in the United States on July 5, 2013
Verified Purchase
This is an excellent book, well written with good character development. However, it opens with a young Chinese mother birthing a new baby girl, who takes her and her four-year old daughter out of their small village, and leaves them with bottles for the baby, telling the older child, Li, to watch out for them until someone comes along and don't say who they are. The mother has done this because her mother-in-law, "The Good Mother" intends to kill both children that night because they are girls. And then she steps off a cliff to her death. This is the beginning thread of one sub-plot involving Fa-Ling.

The second sub-plot begins immediately with a Chinese family consisting of a son, Daui, mother Tan Sho-Sui and father Di Lin being murdered by Agents Jui Kaiyu, Ng-3hi and Ho Lon-Yi. The daughter Shapei escapes because her mother calls to her to run. At that time, there is nothing that explains just who these agents are and why the family is killed. Later in the story, it comes to light.

The third sub-plot is six Canadian couples who come to China to complete the adoption of their Chinese babies, which they had prior applied for. There are interesting aspects of these couples that wind throughout the story.

Off and on Chinese Policemen Wang Yong-qi and his partner Cheng resist the efforts of the Chinese Agents and help Shapei and her relatives and Fa-ling. Fa-ling, along with her sister, had been adopted by a Canadian couple and she had joined these Canadian couples to revisit where she was born and get acquainted with her old culture. She can still speak Cantonese.

By the end of the book, the author has tied up all the loose ends so that unanswered questions in the reader's mind have been answered. The author states she adopted a Chinese baby and she incorporated much of those experiences in this book, so it would appear that the reader is getting insight into the Chinese culture of 2007, which might otherwise not be available so easily and interestingly. I recommend this book for its depth and forthrightness.
Read more
One person found this helpful
Helpful
Report abuse

Cici
5.0 out of 5 stars Action, mystery, romance and insight to another country - this book has it all
Reviewed in the United States on November 1, 2013
Verified Purchase
The author, Donna Carrick, is one I am really enjoying. She appears to know her subjects and settings well, and paints such a good picture with words, that you can feel you are there, seeing it all unfold. I am among those who have never been to China, and while I know some of the politics, etc, I never had a clear knowledge of the depth or extent of the oppressive and manipulative bureaucracy.

While these things are discussed, it is all part of an intriguing story line that keeps you interested all the way through to the end. It certainly provides an insight into the challenges of the one child rule, the pressure to have only boy babies in China, and the lengths couples around the world will go through to add those precious children to their families.

The story comes to a full conclusion, and an interesting twist at the end, but we know there is a lot more about the people we have met in this novel that we will want to read about as their lives go beyond this story, setting up for a probability of sequels. But this story stands alone, so don't fear you will be left hanging. Great the writing style by this author, and I'm looking forward to enjoying more of her books.
Read more
One person found this helpful
Helpful
Report abuse
See all reviews
Back to top
Get to Know Us
Make Money with Us
Amazon Payment Products
Let Us Help You
EnglishChoose a language for shopping. United StatesChoose a country/region for shopping.
© 1996-2021, Amazon.com, Inc. or its affiliates