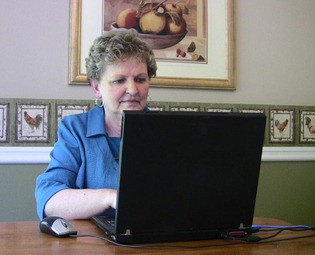 by Betty Ward Cain (Author)
See all formats and editions
Sorry, there was a problem loading this page. Try again.

This is the 102 page users manual for the letters M to Z to accompany the First Phonics curriculum study. The First Phonics set of videos and lessons ensures that a child's first experiences with reading are fun and successful. Each student is given a Learning Pocket which teaches skills the student needs to learn. Reproducible flashcards of numbers, lowercase and uppercase letters, phonics sound sentences, and a few simple words address a variety of learning levels. In addition, reproducible Picture Charts that emphasize sounds can be enlarged to poster size or passed out individually. An original poem, video story, song, and vocabulary list accompany each letter, as well as a variety of art, cooking, creative writing, language arts, crafts and math project. This is the way reading was meant to be learned.
Read more
Previous page
Next page

Betty Ward Cain is a published author, musician and retired teacher with a Christian heritage. She comes from a long line of ministers, musicians, teachers and song writers. She desires to bring her childhood values to children today. Mrs. Cain has worked with kindergarten students for over 30 years. This retired teacher continues to influence children through her stories and songs. She has inspired others to follow in her footsteps. She lives in Cleveland, TN with her husband of 40 years and often visits with her three adorable grandchildren....the delights of her life.

She is listed in the Cambridge who's who. Mrs. Cain taught kindergarten

students for 30 years. She comes from a long line of ministers, musicians, teachers and song writers.

Mrs. Cain grew up in a minister's home. Her father(Rev. T. N. Ward)

and grandfather(Rev. L. M. Justice)were Church of God ministers. She desires to pass on her Christian heritage and bring the values she learned during her childhood to children today.

The author became a Christian when she was only 5 years old. (Read about her salvation experience in her chapter book, Shy Sharon.) She has spent most of her life in some type of ministry as a Sunday School teacher, soloist, choir member, children's choir director, vacation Bible school teacher, and has held most positions in her church.

Mrs. Cain began writing several years before she retired from teaching. After taking a class at Lee University with Dr. Cliff Schimmels, she began her career in writing. Dr. Schimmels was published many times in his lifetime. After turning in a writing assignment in his class, Dr. Schimmels told her she should share her gifts with others. She had never believed in her abilities until he gave her the encouragement she needed.

Mrs. Cain lives with her husband, Jay, in Cleveland, TN. They have one son, Jeremy, who is married to Beth Grabensteder Cain and the couple has three children. The delight of Mrs. Cain's life is her three grandchildren. Madelin is a loving, sweet and kind young lady who desires to please God. Sophie has a great zest for life. She is intelligent and observant and loves to give and receive hugs. Sammy is highly intelligent for a child so young. He loves life and loves people. He loves to make his grandmother laugh.