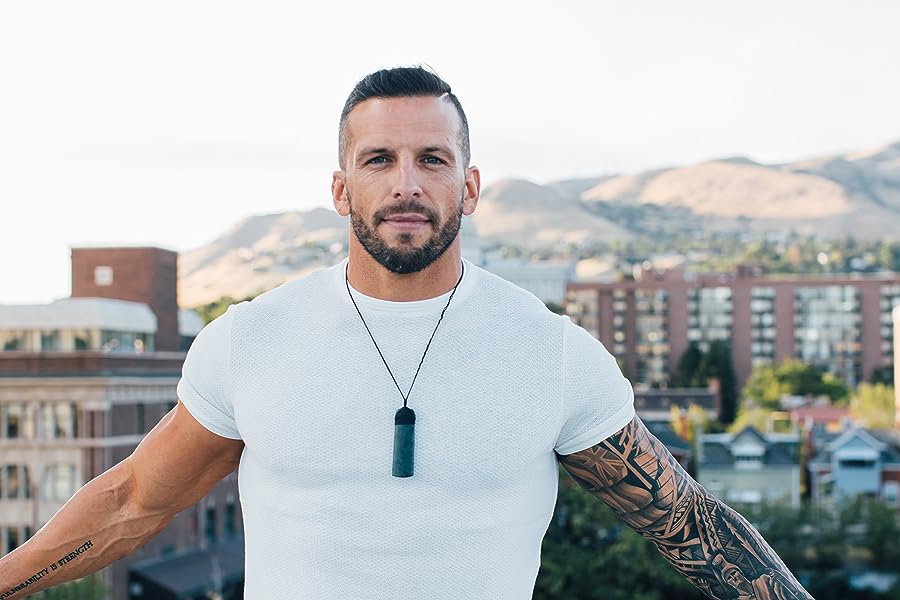 Fit2Fat2Fit: The Unexpected Lessons from Gaining and Losing 75 lbs on Purpose Paperback – June 4, 2013

Reinventing the Way to Weight Loss

Drew Manning is a personal trainer, blogger, and former medical technician. Manning has been featured on Good Morning America, The Dr. Oz Show, and The Tonight Show. He lives with his wife, Lynn, and two children just outside Salt Lake City, Utah.

Start reading Fit2Fat2Fit on your Kindle in under a minute.

4.2 out of 5 stars
4.2 out of 5
353 global ratings
How are ratings calculated?
To calculate the overall star rating and percentage breakdown by star, we don’t use a simple average. Instead, our system considers things like how recent a review is and if the reviewer bought the item on Amazon. It also analyzes reviews to verify trustworthiness.
Top reviews

ulothrix
1.0 out of 5 stars The most preachy, irritating, clueless book I've read by a trainer
Reviewed in the United States on November 18, 2019
Verified Purchase
It has taken me over a year to get through this book. I thought that finally, some genetically gifted trainer would get a clue on how it feels to be overweight and unmotivated, and how hard it truly is to try to get in shape, a state that many of us have never been in in the first place. While the beginning was ok because I was interested on how this was going to go, and it was ok as he got fat and unmotivated, but as soon as he hits bottom, he just starts getting super preachy and constantly talking about drawing on his "being fit" mentalities (that is, the stuff he thought while he was super fit, that helped keep him that way). Honestly, I was sick of him before he could get back to being in shape. OMG he learned NOTHING. Because while he has family to push him, a fitness business, colleagues in the fitness industry, and he remembers and has experience on how it is to successfully be fit and strong, many of us don't have that. I was a fat kid, a fat teen, and a fat adult. I never had the years of being super fit or a mindset that helped me run my life that way. I don't need to read any of his preachy "motivation" or whatever he thinks he's pushing. Spoiler: he gets himself out of it and goes back to being fit. *rolls eyes*. I found it even more irritating that he truly never understands, because while he took a mini vacay into being fat, it's not how he's lived for decades. Sure, he knows it sucks to be fat, but what he doesn't actually "get" is the actual struggle to get fit. Remember, he's already genetically programmed to be fit. He's got it in him, and he has had decades of experience being that way. He got back to being fit. He didn't spend 5 years doing it, he did it in 6 MONTHS! AHAHAH. I have worked out with a trainer for YEARS and have not (and will never) achieve a hard body. He's like rich people driving through slums and suddenly thinking they "understand", but then going back to their white picket fence houses in the snooty area, and telling people in the slums that "I been there, I KNOW! All you gotta do is work hard and leave". UGH.
Read more
18 people found this helpful
Helpful
Report abuse

Brooke Drassal
5.0 out of 5 stars Inspirational
Reviewed in the United States on September 4, 2017
Verified Purchase
Good book, easy to read, great recipes. Drew actually went through everything that an overweight person would go through, made it possible for anyone to take this book and learn from it
Read more
10 people found this helpful
Helpful
Report abuse

Magic man
5.0 out of 5 stars Excellent Book, Must Read It!
Reviewed in the United States on February 2, 2020
Verified Purchase
If you want to start a Keto Diet or want to learn more about how you can do this diet then this book is for you... Very easy to digest and informative.
Read more
Helpful
Report abuse

Missi
5.0 out of 5 stars Amazing read!
Reviewed in the United States on September 10, 2015
Verified Purchase
I read this book with an open mind and no expectations. It was absolutely an amazing and inspirational read. I no longer feel self conscious and like an annoyance that doesn't belong in the gym. And being a fat girl, that's a big thing to say!
Read more
8 people found this helpful
Helpful
Report abuse

Kirk Radovcich
1.0 out of 5 stars Just another book
Reviewed in the United States on January 29, 2020
Verified Purchase
Just another Fad book that my other does use. It does make a great paperweight lol
Read more
Helpful
Report abuse

Customer
1.0 out of 5 stars No use in the real world
Reviewed in the United Kingdom on November 29, 2013
Verified Purchase
This was a foolish purchase on my part, for 2 reasons.

1)I bought it on Kindle and didn't realise half the book was diet and exercise. The diet is ludicrous - 2 meals a day are protein shakes for the most part - and the exercises are ones any gym goer will know.

2)I hadn't thought fully about the implications of Drew having got fat on purpose and thought that, while his journey from Fit to Fat was bound to a be a nonsense, ultimately he'd end up in the same place as anyone else needing to lose weight. But he doesn't. Let me explain why.

In conducting a well intentioned experiment to gain weight over 6 months, Drew had the admirable aim of better understanding his clients. But most of us didn't gain weight in such an extreme way. If you gained a few stone over the years and barely realised it was happening, if you carried on your normal exercise routine and don't have trouble climbing stairs etc, you have a very different experience than Drew. The average overweight person was not drinking a litre of sugary soda daily to get that way. In a way that's good news; you won't feel as bad as he did trying to lose weight.

But here's the bad news - Drew was originally a health nut who thought carrots were too high carb for him to eat. I doubt that the majority of us - overweight or not! - were ever that extreme; that alone makes him representative of a tiny minority of the population. So when he goes back to being fit, he has a natural affinity with a diet that relies heavily on protein shakes; he enjoyed it to begin with! I would hazard a guess that most of us wouldn't survive the boredom of such a regime for long, but Drew actively enjoyed it for several years before becoming overweight.

What Drew has done is gone from being a less sympathetic trainer to a more sympathetic one, who understands when encouragement is more likely to be useful. There is an argument that many trainers would have been just like that in the first place, without needing to become fat themselves. I think he was lacking a lot of empathy initially and his "carrot" story underlines this. (To summarise: some friends brought him carrot sticks in lieu of popcorn on movie night and instead of thanking them, he said "Those are too high carb for me". He admits he completely ignored their thoughtfulness).

The overweight Drew has very little in common with anyone else looking to lose weight. He was eating tons of food on purpose and being miserable, not having a bit too big a portion at each meal, or eating out with clients and finding it hard to resist nice restaurant food. I commend his efforts to understand his clients better but as a real world theory, it has very little to offer. The inspirational stories offered in a slimming magazine would be much more help than this.

Drew writes very well, but his ingrained stereotypes don't help the book. There's a lot of bizarre and pointless "man/woman" talk in here and it's very annoying - not talk that relates to weight loss, just bizarre gender stereotypes about marriage.

Only plus of the book - well written, and re-established in my mind the importance of diet over exercise. I've exercised continually over the years; it's a set habit for me and I enjoy it. It's the diet I find it hard to get to grips with. But there are nicer meals you can have for your calories than a spinach shake. And better books you can buy with your money.

MD
3.0 out of 5 stars Interesting but not particularly useful if you are looking for a guude
Reviewed in the United Kingdom on June 13, 2016
Verified Purchase
His blog was a lot more inspiring. This books did not live up to my expectations. There was not enough if the journey and how he did it. I wanted a plan to follow but mostly I got his thoughts of the process. His journey was incredible and I wanted to replicate it but this is not that kind of book.
Read more
2 people found this helpful
Report abuse

Daniel Guy
3.0 out of 5 stars Not bad but not amazing
Reviewed in the United Kingdom on March 27, 2013
Verified Purchase
The story is brilliant and its great that the author learnt some valuable lessons. However is a bit "overly american" for my liking. Lots of positive messages etc. Overall an interesting read but not amazing.
Read more
2 people found this helpful
Report abuse

henry fitzsimons
5.0 out of 5 stars disaster delivery service
Reviewed in the United Kingdom on May 22, 2020
Verified Purchase
Ic it ever arrives should be a good read ..
Read more
Report abuse
See all reviews