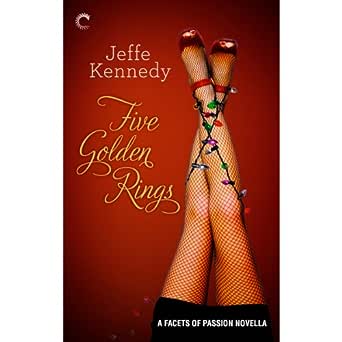 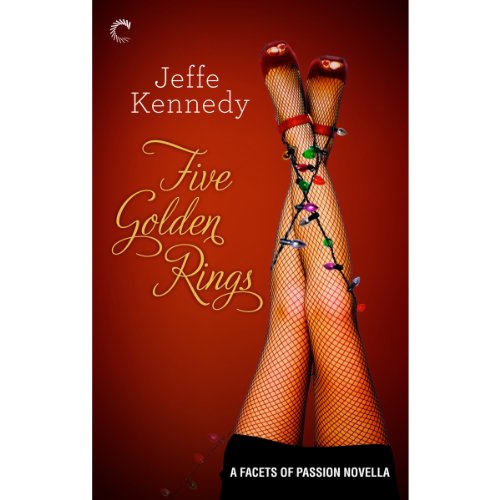 What could be better than Christmas in Cozumel at an exclusive resort with a hot man and the promise of rest and relaxation and some fantastic sex? Pretty much nothing; that’s one damn fine week Tilda Campbell has planned. Too bad all those plans got scrapped the second her man dumped over the phone while she was waiting at the airport for their flight. Balls!! With the week already planned and the time from work already taken off, Tilda boards that flight with the intention of mending her broken heart and salvaging what she can of the week. Little does Tilda know how radically her last-minute plans are about to change.

Miguel d’Oro is on his way to the family-owned resort and Cozumel to negotiate a large and very personal deal. Though he would rather not be spending Christmas working, his plans begin to look up considerably when he meets Tilda Campbell en route. After a brief and very flirtatious conversation, Miguel and Tilda (aka Roo) decide they will not only spend the week together but they will do so in a most naughty and experimental manner. Though she has never done anything so reckless or exciting, Roo is willing to not only experiment but to also leave all of the planning and execution to Miguel. With a safe word in place, Roo and Miguel embark on their own wonderfully naughty Twelve Days of Christmas.

The excitement and the sex play begin almost immediately with a sexy dinner and the promise of a gift the next morning. You see, though Roo has never done anything quite so naughty, Miguel has and he has planned a gift and event related to each of the twelve days of Christmas. True to his word, Roo finds a lovely little sex toy and significantly revealing outfit delivered to her the very next morning. Though nervous, Roo decides to play the game and much to her very, very great pleasure is rewarded by Miguel, his incredible stamina and, creative mind. Up to this point, Roo had no idea orgasms could be so plentiful and so damn good!! And so, the Twelve Days of Christmas begins . . .

For most of the twelve days, events related to Roo and Miguel’s sexual relationship continue on with few interruptions, a great deal of inventiveness and, a great deal of pleasure. But, Roo is a very smart and perceptive woman and knows that things with Miguel and his negotiations are not going well. On several occasions Roo attempts to engage Miguel in conversation about his negotiations but is shut down each and every time. With only a few small outbursts, Miguel refuses to discuss the negotiations and when things finally come to a head, the Twelve Days of Christmas comes to an early end. Though Roo understands Miguel’s decision to leave, it does nothing to relieve the slightly unsatisfied and disappointed feelings she is experiencing. But, perhaps Miguel has one last play that will leave all involved totally and completely satisfied.

The Bottom Line: I am all kinds of in love with Jeffe Kennedy’s Facets of Passion series. Each novella can be read as a stand-alone should you choose too, each read is full of interesting and naughty moments with only the tiniest bit of kink, each read has distinctly different and fully-developed characters and, each read is well written and fully resolved with no unanswered questions or loose ends. For me, these short, fast and thoroughly entertaining reads satisfy my need for good storytelling and erotica all rolled up into one naughty little package.

SassiKassi
5.0 out of 5 stars Again
Reviewed in the United States on May 4, 2014
Verified Purchase
I can't get enough of Jeffe Kennedy! This book had less character development than her others but still managed to pull off excellence. The writing style is good. She uses teasing and reward to the best benefit. She writes well executed BDSM scenes, not stopping with a few swats on the bottom as so many in the genre do. She's not above pushing the limits, just as a good Dominant will do. And the sex scenes are hot! If this will be your first Jeffe Kennedy book, I can guarantee it won't be your last.
Read more
One person found this helpful
Helpful
Comment Report abuse

Maria Rose
4.0 out of 5 stars Not your mother's Christmas romance!
Reviewed in the United States on September 27, 2015
This slightly sweet and extra spicy novella takes the traditional 12 days of Christmas theme and turns it onto its head in this decidedly naughty version as Tilda meets Miguel, the owner of a luxury resort while on vacation over the Christmas holidays from her demanding job as CEO for a medical supply company. She's come to get away from it all, and while Miguel is there on business, he's definitely not immune to pleasure and offers Tilda a different kind of escape, one where he follows the song everyone knows with his own kinky version of gifts for Tilda. For a woman always in control, it's a godsend and she is delighted to participate. But when they find emotions coming into play, and discover that their no-strings affair is having some unexpected side effects, can they take their sex-only fling and turn it into something even better for the New Year?

What a refreshing treat! Unlike the more saccharine induced Christmas themed stories out there (which have their place for sure), there is nary a mistletoe or Santa in sight here. Sexy lingerie, sex toys and BDSM play are on the menu instead. As a result, the sex scenes between Tilda and Miguel are, as expected, super steamy and the inventiveness of Miguel's 'gifts' was quite enjoyable. The setting is idyllic, this tropical paradise, and I liked how Tilda embraced her sensual side and really got into the vacation spirit. But of course real life doesn't stop even while on vacation and it's Miguel who has the difficulties in this story, challenged eventually by Tilda to share what's really going on, despite his efforts to keep her in a 'vacation fling only' box, at least at first. Gradually the trust that started things off leads to a greater intimacy, that of sharing their thoughts and not just their bodies, and it was great to see Miguel realize that he could have more with Tilda if he would open himself up to the possibilities of a relationship off the island. The story has a lovely happy for now ending and was a delightful, sexy read. 4 stars.
Read more
Helpful
Comment Report abuse
See all reviews