Add to Cart
$16.95
& FREE Shipping on eligible orders. Details
Sold by: Amazon.com
Have one to sell?
Sell on Amazon 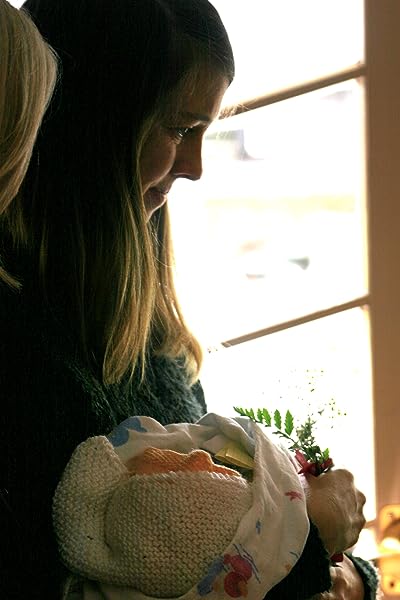 Lucinda Weatherby has a BA in English and an MA in psychology. Her writing has appeared in publications such as The Sun and Connotation Press. She works as a grief counselor in Ashland, Oregon.

Start reading Five Hours: How My Son's Brief Life Changed Everything on your Kindle in under a minute.

Mark Moeglein
5.0 out of 5 stars "Oh, now I get it."
Reviewed in the United States on October 13, 2015
Verified Purchase
Now that the book is officially out, I think it's time that I shared how I feel about it. Let me just say that this is not just a woman's book. It's for every father, son or husband who has been bewildered when their daughter, wife or mother experiences the sort of deep reproductive grief that Lucinda went through. No, very few people experience having a trisomy 13 baby, but how many have gone through a miscarriage, abortion or adoption? Every man who has read this book seems to come away saying, "Oh, now I get it." or "I had no idea!" So I hope that we get just as many men as women, if not more, reading this book.

Lucinda takes us on her journey through her reproductive years in a way that is unflinchingly honest. Yes, the book is about Theo, but it is really about Lucinda, and what it was like to walk way more than a mile in her shoes. I didn't know her when she was carrying Theo, but having read the book, I feel like I was right there, in the room.

nolimits
5.0 out of 5 stars one terrific read.
Reviewed in the United States on February 23, 2016
Verified Purchase
..one terrific read.....a difficult topic...written with great care... helps us see the way such a tragic moment in life can be filled with gentle love, honesty and amazing strength.
Read more
2 people found this helpful
Helpful
Comment Report abuse

Cortney
4.0 out of 5 stars Beautiful story
Reviewed in the United States on September 2, 2016
Verified Purchase
Can't say enough, cinda, wrote this book from her heart and it was truly felt. Opened my eyes even more to what a miracle life truly is.
Read more
Helpful
Comment Report abuse