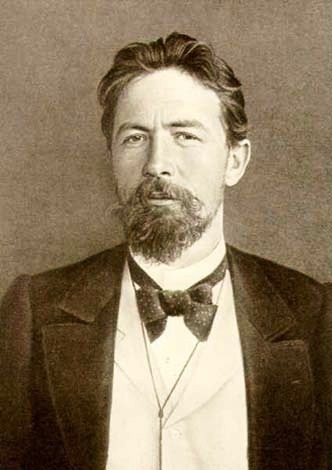 by Anton Chekhov (Author), Ronald Hingley (Translator)
4.7 out of 5 stars 108 ratings
See all formats and editions
Sorry, there was a problem loading this page. Try again.

Chekhov's worldwide reputation as a dramatist rests on five great plays: Ivanov, The Seagull, Uncle Vanya, Three Sisters, and The Cherry Orchard. All are presented in this collection, taken from the authoritative Oxford Chekhov, in Ronald Hingley's acclaimed translation. Hingley has also written an introduction specifically for this volume in which he provides a detailed history of Chekhov's involvement in the theater and an assessment of his accomplishment as a dramatist.

About the Series: For over 100 years Oxford World's Classics has made available the broadest spectrum of literature from around the globe. Each affordable volume reflects Oxford's commitment to scholarship, providing the most accurate text plus a wealth of other valuable features, including expert introductions by leading authorities, voluminous notes to clarify the text, up-to-date bibliographies for further study, and much more.

Anton Pavlovich Chekhov (/ˈtʃɛkɔːf, -ɒf/; Russian: Анто́н Па́влович Че́хов, pronounced [ɐnˈton ˈpavləvʲɪtɕ ˈtɕɛxəf]; 29 January 1860 – 15 July 1904) was a Russian playwright and short story writer who is considered to be among the greatest writers of short fiction in history. His career as a playwright produced four classics and his best short stories are held in high esteem by writers and critics. Along with Henrik Ibsen and August Strindberg, Chekhov is often referred to as one of the three seminal figures in the birth of early modernism in the theater.Chekhov practiced as a medical doctor throughout most of his literary career: "Medicine is my lawful wife", he once said, "and literature is my mistress."

Chekhov renounced the theatre after the disastrous reception of The Seagull in 1896, but the play was revived to acclaim in 1898 by Constantin Stanislavski's Moscow Art Theatre, which subsequently also produced Chekhov's Uncle Vanya and premiered his last two plays, Three Sisters and The Cherry Orchard. These four works present a challenge to the acting ensemble as well as to audiences, because in place of conventional action Chekhov offers a "theatre of mood" and a "submerged life in the text".

Chekhov had at first written stories only for financial gain, but as his artistic ambition grew, he made formal innovations which have influenced the evolution of the modern short story. He made no apologies for the difficulties this posed to readers, insisting that the role of an artist was to ask questions, not to answer them.

Bio from Wikipedia, the free encyclopedia. Photo by Unknown[Public domain], via Wikimedia Commons.

Jeremy Schmidt
5.0 out of 5 stars Chekhov Man...Chekhov..
Reviewed in the United States 🇺🇸 on February 26, 2013
Verified Purchase
I think the truth about Chekhov, if we're going to honest, is that he is just so damn good it's hard to really find anything to critique the bastard. I have enjoyed everything by Chekhov, from his short stories (Lady With The Dog) to his novels and plays. What really stands out to me in this collection is Three Sisters, which I consider to be a masterpiece. Though Hemingway would disagree, I think Chekhov is perfectly capable of depth and fertility of sentiment unlike most Russian authors. Just look at what we have through Carver now, probably because of the influence of Chekhov. One would not regret having this copy of Five Play adorn their bookshelf. I mean, come on, if for no other reason to admire the spine among the other great works of literature.
Read more
One person found this helpful
Helpful
Report abuse

Amazon Customer
5.0 out of 5 stars Great Book
Reviewed in the United States 🇺🇸 on August 17, 2018
Verified Purchase
This book is perfect for my college age daughter
Read more
One person found this helpful
Helpful
Report abuse

Brad Hoevel
3.0 out of 5 stars Oxford edition of Chekhov is an all-round disappointment.
Reviewed in the United States 🇺🇸 on January 20, 2010
Based on the outstanding quality of his Plays and Short Stories, Anton Chekhov is commonly considered one of the most influential, respected and beloved literary figures of the twentieth century. I recommend his writing in both fields to anyone who enjoys reading great literature. The Five Plays included in this volume -- Ivanov, The Seagull, Uncle Vanya, Three Sisters, and The Cherry Orchard -- are recognized as Chekhov's greatest and most important works as a playwright.

The problems I have with the Oxfords World's Classics edition of Chekhov's plays are: (1) the translation; (2) the absence of any shorter plays by Chekhov; (3) the scarcity of supplemental material like notes and commentary. These might seem like minor, nit-picky complaints; however, they become major flaws when we compare the Oxford editions with other available collections of Chekhov plays.

In my opinion, the Hingley translation was over-anglicized and thus missing the "Russian" feel of other translations. Compare it, for instance, with the Selenick: "Misha" (in Selenick) becomes "Michael" (in Hingley)
"Lyubov Andreevna" becomes "Mrs. Ranevskaya"
"Lent, third week" is shortened to "before easter"
"peasant" is rendered as "country bumpkin"

Here's what I recommend instead. These editions also contain Chekhov's 5 major plays, but all go above and beyond the basic, "bare-bones-package" of the Oxford edition.

Anton Chekhov's Selected Plays (Norton Critical Editions) : includes additional short plays: The Bear, The Wedding and The Celebration. Also nearly 100 pages of Chekhov's letters in which he discusses his plays. Also 100-page sections of commentary by literary critics and Directors of theater who have taken part in the production of the plays themselves. Translated and heavily annotated by Laurence Senelick.

fingers finnucane
5.0 out of 5 stars Chekov by total immersion!
Reviewed in the United Kingdom 🇬🇧 on December 20, 2015
Verified Purchase
Having viewed the Young Chekov series at Chichester Theatre Festival, I embarked on my "Chekov by total immersion" phase, and this book is an excellent way to catch up on several of his other better known plays. Often productions can look dated and slightly boring, so I believe that reading the plays can really help to give a fuller understanding of his marvellous writing and technique.
Read more
One person found this helpful
Report abuse

Mr. M. Stagg
4.0 out of 5 stars Relevant to Life
Reviewed in the United Kingdom 🇬🇧 on September 12, 2017
Verified Purchase
Very pleased This is a response to theatre London daughter dragged us screaming to see in a congested tier which turned out wonderful and so I bought Chekhov which from school I always felt to be tedious but once opened up it is relevant and fun
Read more
Report abuse