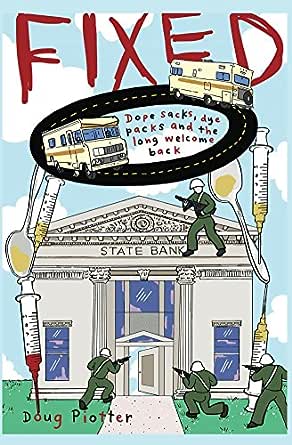 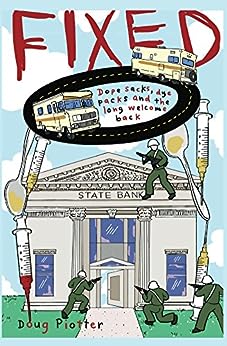 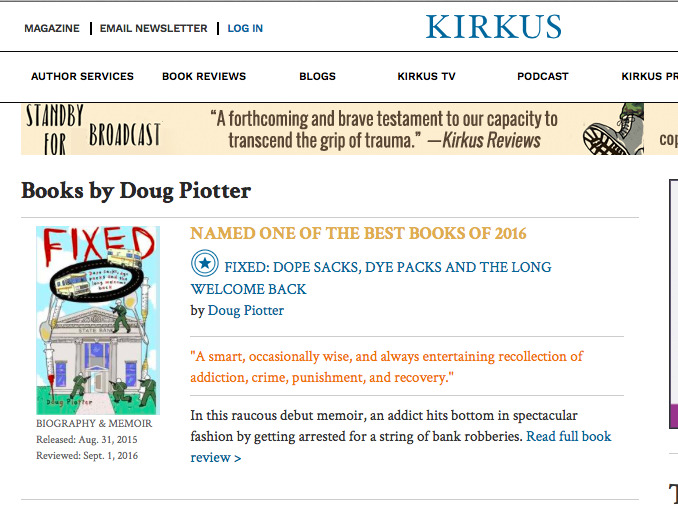 In this raucous debut memoir, an addict hits bottom in spectacular fashion by getting arrested for a string of bankrobberies.
Piotter describes a Seattle boyhood tangled in familial and personal dysfunctions: an authoritarian yet deadbeat dad,swerving between frauds and gambling binges; a defeated, alcoholic mom; and junior high pot smoking and dealing thatserved as a gateway into serious cocaine and heroin addictions. His adulthood was even more chaotic as he weatheredhomelessness, jail stints, gangsters who beat and shot at him, epic benders with druggies and prostitutes, and a ceaseless,exhausting search for anything he could steal--including oscillating fans, driving gloves, and a box of raw oysters--tofeed his $500-a-day habit. It was with palpable relief that in 1993, after a spell as a gentleman bandit knocking over localbanks, he was sentenced to nine-and-a-half years in a federal penitentiary. There, Piotter began an unlikely turnaround ashe received treatment for his addictions, kept his nose relatively clean, and learned construction trades. He's a keenobserver of the prison's often bizarre and occasionally noble characters and twisted moral economy; for example, in onesequence fraught with chilling irony, a sober friend flushes his dealer cellmate's stash down the toilet to avoid a searchby guards, which puts him in debt to the prison's Colombian cartel, who in turn extract repayment by making him killone of their Mexican rivals. Piotter's narrative unfolds as a picaresque of brief, punchy, shaggy dog stories; even afterhis release, as he stays sober, starts a construction company, and woos his wary future wife, he's still beset by luridhappenstances, including road-rage episodes, a public sea lion orgy, and the hanging suicide of his neighbor. Hisstorytelling is briskly paced, evocative, and laced with piquant character sketches and wisecracks, such as, "I'm allergicto alcohol; every time I drink I break out in handcuffs." The author's life, as portrayed here, contains enough screw-upsfor 10 dysfunctionality memoirs, but unlike other memoirists, he eschews angst and self-pity and highlights the absurdhumor of the predicaments he made for himself. The pathos here is all the more moving for being spare, understated, andwell-earned from hard experience.

After two decades of reckless behavior, gripping drug addiction and petty crime evolving into bank robbery ended on the day he started a 115-month prison sentence in 1993. He has been clean and sober and crime-free ever since, a remarkable turnaround against long odds that such a change was possible. Upon his release, Piotter built a successful construction company and became an active member of his recovery community. He lives in Seattle with his wife, artist Terrell Lozada.