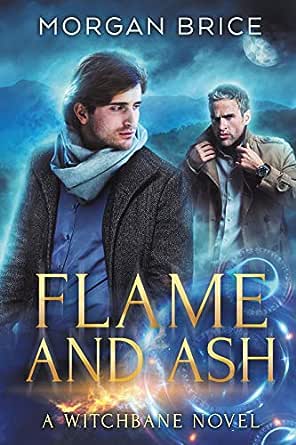 You've subscribed to Witchbane! We will preorder your items within 24 hours of when they become available. When new books are released, we'll charge your default payment method for the lowest price available during the pre-order period.
Update your device or payment method, cancel individual pre-orders or your subscription at
Your Memberships & Subscriptions
There was an error. We were unable to process your subscription due to an error. Please refresh and try again. 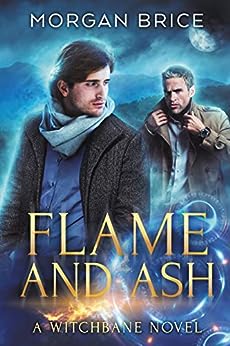 Your guide to mental fitness.
Kevin Hart breaks it all down. Listen free with trial
click to open popover
Books In This Series (5 Books)
Complete Series 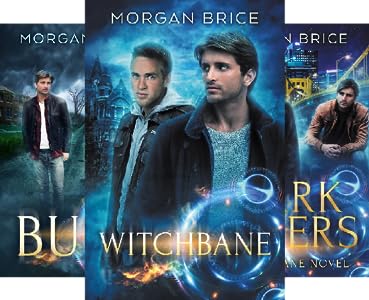 4.6 out of 5 stars
4.6 out of 5
72 customer ratings
How does Amazon calculate star ratings?
Amazon calculates a product’s star ratings based on a machine learned model instead of a raw data average. The model takes into account factors including the age of a rating, whether the ratings are from verified purchasers, and factors that establish reviewer trustworthiness.
Top Reviews

Cheryl Detmer
5.0 out of 5 stars Flame and Ash
Reviewed in the United States on September 10, 2019
Verified Purchase
Love Morgan Brice. She writes great characters and each one has a special pair of guys that care and love each other. They get into danger and lot of excitement. Seth and Evan are favorites and glad there is more to enjoy in the Witchbane series. Great and gorgeous cover as well. Love all of Morgan Brice's books. Great writer and have to say she doesn't get political and really appreciate that. With it urban fantasy, some are doing that now and really appreciate that she sticks to the exciting story that it is. Means so much. We all need our escapism fun. And you get it with Morgan Brice. Enjoy
Read more
Helpful
Comment Report abuse

Sandra Maeder
5.0 out of 5 stars Another amazing book in the series
Reviewed in the United States on September 16, 2019
Verified Purchase
I am in absolute love with the Witchbane series and this book does not disappoint. Seth and Evan team up with Seth's mentors, Toby and Milo, and hunt the next witch-disciple. Along the way, their love grows even stronger. And if you love the author's other hunter novels (Badlands, Treasure Trail, Deadly Curiosities, and Night Vigil), some of the characters make cameo appearances to help out Seth and Evan. If you like ghosts, magic, suspense and deadly bad guys, you're going to love this book. I received an ARC of this book in exchange for an honest review.
Read more
Helpful
Comment Report abuse

Candi Warrington
5.0 out of 5 stars The story continues
Reviewed in the United States on September 7, 2019
Verified Purchase
i love Gail Z Martin's books so had to read these new series Every single one is a winner! Can't wait for the nee ones to come out!
Read more
Helpful
Comment Report abuse

Anne
5.0 out of 5 stars 5 Stars!
Reviewed in the United States on October 2, 2019
I received a free copy and this is my honest review.

I love this series and these guys, so from very happy to read the next in the series. An added bonus was Seth’s mentors and stand in dads Milo and Toby playing a big part in the story. After several cameos from them in previous books, it was great to get to know them ‘on screen.’ I loved their banter, and it’s obvious that they’re very much in love. I liked the way they accepted Evan as part of their family.

One of my favourite things about this author is the crossovers with other series. The phone calls with Simon from the Badlands series made me very happy, as did the references to other characters who have their own series within this world. I also like the sense of family, with everyone looking out for each other, and working together to lend a hand if needed within someone else’s story.

I like that Seth and Evan both have IT jobs that they can do as well as being hunters so they have money coming in. It gives the storyline more of an edge of realism, as they still have to deal with the usual day to day issues that most people do in that regard.

Another touch of realism is Evan and Seth still hoping, yet wondering, if their relationship will work out. They haven’t been together long, despite having been through a lot together, and I thought those doubts made a lot of sense. I also like that these guys always do their research, rather than rush in blindly to do battle. The author has put a lot of thought into the world building and how all the puzzle pieces of the plot fit together, and it shows. I always appreciate that these guys don’t recover instantly from a fight either. Injuries take time to heal as does the head space and emotional trauma that goes with it.

I love the magic system, and how Evan especially is growing in confidence as a hunter, and being able to work rote magic. Having the ghosts help out is a really cool idea!

I liked the supporting cast in this story. Although they were out of their depth, they rallied around to do what they could in order to keep their own safe. I hope we haven’t seen the last of Scott, Steve, and Kyle.

The final showdown is edge-of-seat turning page reading. I found it a very satisfying read, and wonderfully action packed. I liked that it was a group effort, with everyone playing their part.

I’m already looking forward to the next book in the series, especially as they’ll be heading to Charleston where Cassidy, Teag, and Sorren from Deadly Curosities are.

Carra at Making it Happen blog
5.0 out of 5 stars 4.5 stars for Flame and Ash
Reviewed in the United States on October 6, 2019
I’m so happy to be reading Seth and Evan again! Not only that, but this story is set in Boone, North Carolina where I lived for several years…always love reading something set in a familiar locale. Plus getting back into the whole witch disciples storyline—I look forward to these two guys continuing to take these baddies down. Even better was that this time around, Seth’s mentors Toby and Milo join them to help, plus we get introduced to a new couple, one of whom is the target this time around. I’m hoping we might see more of them at some point in a future story.

Seth and Evan’s relationship seems more solid than ever, and even with that we still get more relationship development in this book (I love that). They’re just as hot as well…maybe even getting hotter together (you’ll see what I mean ;-) ). Even if a bit of a wrench is thrown in at one point…

Though the core legend on which this series is based and the resulting methods of fighting the disciples seem to remain constant, you’ll find some interesting new places, supernatural creatures, and objects to capture your attention (you can be absolutely sure on my next trip to North Carolina I’ll be checking out the Road to Nowhere since it’s an actual place with an intriguing history!). The paranormal aspects of the story, the angst brought up thanks to someone from Seth’s past, and the fight against another disciple had me reading this story through in a single sitting.

Flame and Ash is another excellent addition to this series, and I’ll be here waiting for Seth and Evan’s next adventure. This book was a 4.5-star read for me, and I know fans of the series will definitely enjoy it. This is the third book in the series, and you really do need to read these books in order to get the full effect. There are also mentions of characters from the author’s other series, though you don’t need to have read those to enjoy this one. This story is meant for readers 18+ for adult language and sexual content.
Read more
Helpful
Comment Report abuse
See all reviews from the United States

Nunu
5.0 out of 5 stars Another good read
Reviewed in the United Kingdom on September 9, 2019
Verified Purchase
I love everything Morgan Brice has written so far and all her characters are loveable in their own way. Seth and Evan ride again and this time we find out more about Milo and Toby.I did have one disappointment and that was that the book finishes at 88 percent and was shorter than I expected.
Read more
Helpful
Sending feedback...
Thank you for your feedback.
Sorry, we failed to record your vote. Please try again
Report abuse