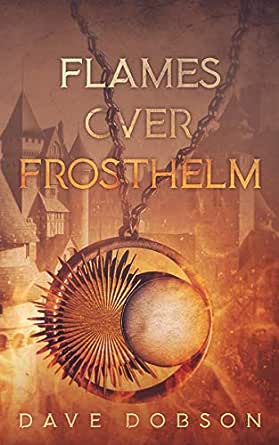 You've subscribed to Inquisitors' Guild! We will preorder your items within 24 hours of when they become available. When new books are released, we'll charge your default payment method for the lowest price available during the pre-order period.
Update your device or payment method, cancel individual pre-orders or your subscription at
Your Memberships & Subscriptions
There was an error. We were unable to process your subscription due to an error. Please refresh and try again. 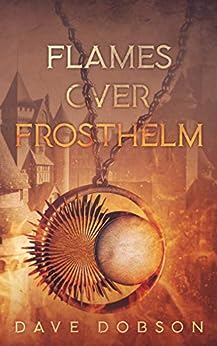 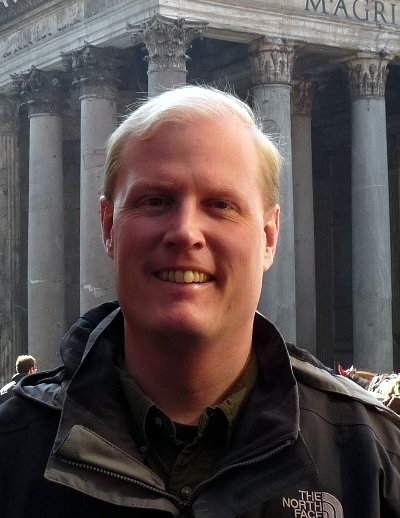 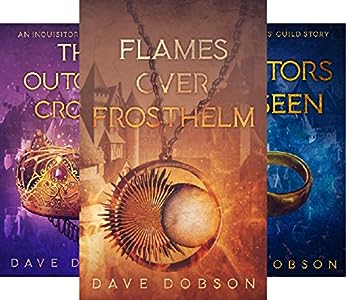 Dave is the author of Snood, Snoodoku, Snood Towers, and other computer games. He first publishedSnood in 1996, and it became one of the most popular shareware games of theearly Internet. His most recent games are Scryptix andPolaric (coming soon). He also designs and publishes boardgames though hiscompany, Plankton Games. You can see his games at the PlanktonGames.com website.

Dave teaches geology, environmental studies, andcomputer programming at Guilford College, and he does improv comedy every week at the Idiot Box in Greensboro, North Carolina. He's also played the world'slargest tuba in concert. Not that that is relevant, but it's still kinda cool.

4.6 out of 5 stars
4.6 out of 5
74 global ratings
How are ratings calculated?
To calculate the overall star rating and percentage breakdown by star, we don’t use a simple average. Instead, our system considers things like how recent a review is and if the reviewer bought the item on Amazon. It also analyzes reviews to verify trustworthiness.
Top reviews

Frost
4.0 out of 5 stars Entertains first to last
Reviewed in the United States on February 8, 2020
Verified Purchase
Review My thanks to the author and to Goodreads for a free copy of the book to read and review.
“Flames over Frosthelm” by Dave Dobson is best described as a good entertainment of a book. Placed in the epic fantasy category, it is certainly not dark and foreboding and the primary character Marten Mingenstern, is likeable rather than bloodthirsty. Add to that the sense of humor that comes through as the tale unfolds. Not that it is a giddy YA aimed “Romancing an Elf” with cute, fuzzy companions, not at all. The plot that begins with that bar fight, expands into a fight with a powerfully evil being.
As the book begins, Marten, and his Provisional ( newly out of cop school) Inquisitor ( police detective) partner Beauregard ” Boog” Eggstrom are following the investigation of the robbery of jewels of a Lady the Realm. The clues led to their staking out a tavern watching a suspected thief, nicknamed ”ShortSword” ( use your imagination what that refers to) make a nuisance of himself and spending money he should not have. The action begins as a woman enters and approaches Shortsword. They begin arguing about an amulet. As our heroes intervene, there is a flash of light. The cloaked woman has run off, and Marten and Boog lie stunned on the floor between a grisly pile of what used to be the thief and the amulet.
That tale of an arrest gone wrong begins a tale in which our two Iquisitors find themselves enmeshed in a plot that will not only endanger their lives, but also threaten the existence of Frosthelm. It seems that an ambitious nobleman named Marron is scheming to usurp the throne to take power into his own hands, and the magic of the amulet is a tool to that end. Soon Marten and Boog find themselves in dangers that were definitely not in the Inquisitors handbook.
Mr.Dobson, the author worked long and hard to being his book to life and he did an excellent job. Marten is an appealing character who grows throughout the book, changing from a carefree young cop into a man who has literally faced demons. He has survived the opening of the gates of hell, while seeing friends, mentors and comrades fall. The amulet is the key, he learns, and the key, as all keys, both closes and opens doors, sometimes doing both at the same time.
Summary: a very entertaining story, well written and very engrossing. The book is complete in this one volume. There is nothing in it to offend and trigger the sensibilities, in my opinion.
Read more
7 people found this helpful
Helpful
Comment Report abuse

muffiemae
4.0 out of 5 stars Wonderful book!
Reviewed in the United States on December 29, 2019
Verified Purchase
I'll not repeat the positive reviews given by others. Just a short way into the book, I was sure I'd rate it 5 stars. The author had excellent prose and command of the English language. But then...

The author claims he hired a professional editor for this book. If so, he was ripped off. Editors are responsible for checking facts, spelling, grammar, and punctuation. There were several errors in the book, but the most irksome was the many, MANY inappropriate uses of commas. This drives me nuts! It's like putting a stop sign in the middle of a busy freeway.

Some other errors in the book:

The use of "I" as the object in a sentence. A couple of examples are "with Boog and I" and "I saw Clarice and I "

She fell back, catching HIMSELF with her left hand...I think I slept AT several times.

Expertly-placed fist...(The ly ending with adverbs signals to the reader that the next word will be another modifier, not a noun.)

We have to lay low... (in another instance, "to lie low" was used correctly.)

There were instances of incorrect uses of dashes and hyphens.

At one point, it was said that seven jets of water shot twenty feet in the air...how could this be when there was no electricity?

...the sun moved along in its path through the sky... (The earth orbits the sun, not the other way around.)

Nevertheless, this is a wonderful book. The author has a vivid imagination, and I will read more books by him without hesitation. I do hope he finds a competent editor for the next one.
Read more
3 people found this helpful
Helpful
Comment Report abuse

Kindle Customer
5.0 out of 5 stars A Very Entertaining Book
Reviewed in the United States on September 6, 2019
Verified Purchase
This Is a stand alone story.
I hope the author comes up with more.
There is humor, good character development, and a interesting story line.
Five stars and I hope to see more from this author.
Read more
6 people found this helpful
Helpful
Comment Report abuse

Avid Reader
5.0 out of 5 stars Great book!
Reviewed in the United States on September 12, 2019
Verified Purchase
I thoroughly enjoyed this book. It has realistic loveable characters, a fast !moving plot that has a lot of humor and action without lots of graphic sex, suitable for most readers. It's a complete story on its own without the need of a sequel, but with room for one. I hate cliff hangers! Hopefully wont take 14 years for #2 !
Read more
5 people found this helpful
Helpful
Comment Report abuse

Marc Vun Kannon
4.0 out of 5 stars A quick fun read with lots of intrigue
Reviewed in the United States on September 9, 2019
Verified Purchase
I read a description of this book on Facebook - Princess Bride meets CSI - and knew I had to read it. A pair of rookie Inquisitors are assigned a simple robbery case to deal with, and quickly get in over their heads. Fortunately Marten has what it takes to be a real detective and Boog has what it takes to keep Marten alive. Buddies, betrayals, a nicely understated bit of romance, and a case that they barely manage to stay on top of as it rolls along, in a story told with some excellently whimsical tones to soften the harsher notes. A little too convenient is a few places, where Marten couldn't deduce his way to the next step, but some unexpectedly valorous bits more than make up for it. Hopefully there will be more.
Read more
4 people found this helpful
Helpful
Comment Report abuse
See all reviews