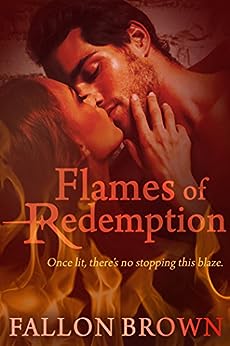 Listen with Pride
Explore the diverse array of titles—some funny, some brave, some thrilling, some sad—to find connection and inspiration. See more
Books In This Series (2 Books)
Page 1 of 1Start OverPage 1 of 1
Previous page
Next page
Complete Series

Amanda M DeMars
5.0 out of 5 stars Awesome
Reviewed in the United States on February 14, 2015
Verified Purchase
Couldn't put this book down. Its amazingly written. Love Fallon's books. Can't wait for the next one to come out.
Read more
Helpful
Report abuse

JoAnn Bidwell
5.0 out of 5 stars Five Stars
Reviewed in the United States on March 14, 2015
Verified Purchase
Was easy reading, good story
Read more
Helpful
Report abuse
See all reviews
Back to top
Get to Know Us
Make Money with Us
Amazon Payment Products
Let Us Help You
EnglishChoose a language for shopping. United StatesChoose a country/region for shopping.
© 1996-2021, Amazon.com, Inc. or its affiliates