A Flash of Hex (Osi Book 2) and millions of other books are available for Amazon Kindle. Learn more
Share <Embed> 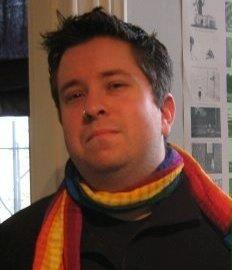 Canadian Jes Battis is from Vancouver, but for the academic year 2007-2008, will be living in New York City and teaching at Hunter College. Jes is an academic, with a concentration in English and Pop Culture Studies, who has had two books published, one on Buffy The Vampire Slayer and one on Farscape.

Start reading A Flash of Hex (Osi Book 2) on your Kindle in under a minute.

3.6 out of 5 stars
3.6 out of 5
16 global ratings
How are ratings calculated?
To calculate the overall star rating and percentage breakdown by star, we don’t use a simple average. Instead, our system considers things like how recent a review is and if the reviewer bought the item on Amazon. It also analyzes reviews to verify trustworthiness.
Top reviews

Kathy E.
1.0 out of 5 stars I Am Hexing This Series
Reviewed in the United States on November 18, 2009
Verified Purchase
I was disappointed with this installment. While I found the first book Night Child enjoyable, I found this second installment to be a part of what I personally feel is a greedy trend of pointless, generic, bubble-gum carbon copy urban fantasy books flooding the markets today.

Don't get me wrong, I am always on the lookout for new authors; personally some of these books (this one included) actually feel like they were written to take advantage of the urban fantasy "gold rush" instead of writing creative fantasy for the readers.

I found the main character Tess clueless, shallow and concerned more about fashion then solving a crime. The storyline didn't have enough paranormal or intrigue to keep my attention and interest. There really wasn't enough substance in the storyline to draw me in, stand out or make me want to read it.

This series feels so blasé and passionless to me, therefore I have decided not to continue reading this series.

Bedrooped Bookworms
5.0 out of 5 stars Not PG but a great second installment
Reviewed in the United States on January 4, 2020
First of all – trigger warning. Gross, disturbing serial killer/rape. This is one of those I’d never watch it on TV but even pushing a little dark for my reading tastes.

There’s a dark serial killer on the loose, ritualistically preying on children of mages. But what is the ritual? And who (or what?) in the world would do something like this?

First of all, you have to start on book one. While I think you could follow along with the plot just fine and not be lost, the characters will make so much more sense if you read from the beginning. This series is like a cross between Jim Butcher and a CSI show, so if you are into any of those things, check these out!

As I said, these are a little dark for my tastes, but the characters are fantastic. Tess is a great character, as is her quasi-partner Derrick, their Mia (just read the books…)…and the supporting characters are great too. All are written well and add to the story – and a very diverse group, too!

While there are a few moments where the plot and world system is a little confusing, for the most part, it is well explained and makes great sense. I love the CORE (the CSI group), especially as we get to see more of it in this book. I’m very much looking forward to reading the next book and I highly recommend them if you can stomach some darkness! Also – not PG warning – there are some romantic relationships that could have skimmed a little more in my opinion. I’m not a big fan of the steamy romance scenes – thankfully, they are few and far between.

I’m really enjoying this series and can’t wait to read the next! I’ll go 8.5 of 10 overall and 3.5 of 5 for readability.
Read more
Helpful
Report abuse

PerkyTxGirl
3.0 out of 5 stars Better than book 1 but still just ok
Reviewed in the United States on March 9, 2013
A Flash of Hex by Jes Battis
Book 2 of Tess Corday, Occult Special Investigator
This is not a spoiler free review.

I wasn't impressed with the first book in this series but decided to soldier on anyway and read book 2. It was little disconcerting because I felt like I was reading an entirely different series. The characters and universe were all indeed the same as the first book but the tone seemed so much lighter that I kept wondering if I misremembered the first book and went back to refresh my memory. I didn't imagine it. There are still grisly murders and crime scenes but we see more of Tess' home life with her gay BFF Derrick and their newly adopted teen, Mia from book one. Derrick gets an unbelievably hunky and adorable boyfriend with and equally adorable dog. Tess' reluctant relationship with necromancer Lucian progresses. There is much more light banter and the entire feel of the story is just less foreboding than the first one.
With a new boss, the team tackles the case kicked off in the first chapter much more competently than in the first book. It is also much more of a team effort with Tess, Derrick, Mikes (consultant and eventually Derrick's boyfriend) and even Lucian all contributing to the effort. There is certainly enough procedural plot to fill the book but it is mostly forgettable. Unfortunately, when the most interesting parts of the book are the minor / side characters and the book is essentially about Tess solving crimes, it doesn't give one much reason to continue reading the series.
The second installment was in many ways better than the first but not good enough to convince me to invest the time in the third book.
Read more
Helpful
Report abuse
See all reviews

DebB
3.0 out of 5 stars A good sequel, although some implausibilities...
Reviewed in the United Kingdom on November 27, 2010
Verified Purchase
I really did sort of enjoy this - despite how the following sounds! Our heroine is a tad more grown up, her relationship with her gay colleague is nicely drawn, there's a supplementary love interest, we learn more about Tess' background, and things roll along a fair old lick with suitably nasty things happening to various unfortunate innocents .
But... the end is daft with the final showdown relying in part on an untested, stroppy, anti-establishment teenage down-and-out, and with a 13 or 14 year old being the first to reach our heroine at the end, despite a complete lock down on the site and a circle of battle mages just outside to contain things (I think - it's a few days since I read this now). Our heroine's boss seems to indulge her in anything, including turning a blind eye to a totally forbidden, "go-there-and-you're-out" relationship, and even making the aforementioned 13 or 14 year old part of the final battle team, just so she doesn't feel left out. Lucian, the lurve interest, who was interestingly bad and generally feared in book one, seems to have morphed into the sort of chap you'd happily introduce to your mother, and the ending is ever so slightly and-they-all-lived-happily-ever-after'ish.
Still, I'll probably give the next a try, and if you don't mind suspending credulity slightly more than usual for reading urban fantasy, then this is okay.
Read more
Report abuse

P. Dhinsa
5.0 out of 5 stars second in series-even better than the first
Reviewed in the United Kingdom on January 25, 2010
Verified Purchase
This second book in the OSI series is brilliant. It builds on from the first (so would recommend reading that first). I found that all the characters are more fully rounded in this story and it's easy to slip back into their world.
Tess is still working with her best friend/partner Derrick, this time trying to solve the case of a serial killer targeting children of mage families. She can't seem to stay away from the enigmatic necromancer Lucian, with whom her relationship develops further in this book.
Tess has to delve into her past to help solve the case so we found out more about her family. The story is fast paced and well written. A great urban fantasy with a strong female character with just the right amount of humour and 'love' interest. Would highly recommend to people who enjoy Kim Harrison, Mercy Thompson series etc.
Read more
5 people found this helpful
Report abuse
See all reviews