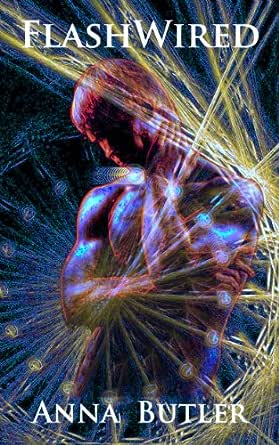 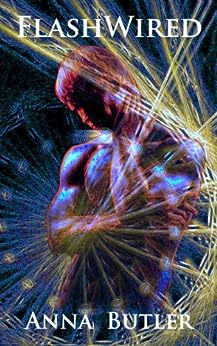 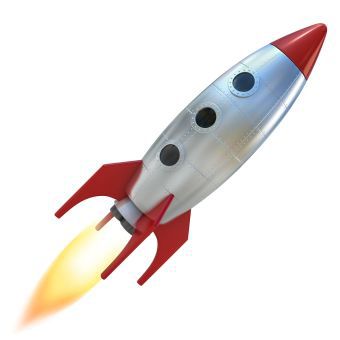 Anna Butler was a communications specialist for many years, working in UK government departments on everything from marketing employment schemes to running an internal TV service, but these days she spends her time indulging her love of old-school science fiction. There's nothing better than handsome heroes running about shooting lasers, saving the planet, and getting into passionate scrapes with equally handsome space pilots. Or good-looking Victorian Aegyptologists getting entangled with gorgeous coffeehouse owners in a steampunk version of London. She lives in the depths of the Nottinghamshire countryside with her husband and the Deputy Editor, aka Molly the cockapoo, who's supported by Mavis the Assistant Editor, a Yorkie-Bichon cross with a bark several times bigger than she is but with no opinion at all on the placement of semi-colons.

Alina Popescu
4.0 out of 5 stars Loved the premise
Reviewed in the United States on August 22, 2017
Verified Purchase
Loved the premise, the story, and the relationship between the protagonist and his love interest. Great read for me, but would have killed to have a follow-up to this story
Read more
Helpful
Report abuse

Gilda Felt
3.0 out of 5 stars A good read but not completely satisfying
Reviewed in the United States on February 14, 2015
Verified Purchase
A complex and intriguing story. But while I don't need happily-ever-after, I was disappointed at how the story ended. I had hoped for a resolution to at least one of the story's plot lines. A sequel is definitely in order.
Read more
2 people found this helpful
Helpful
Report abuse

Kindle Customer
4.0 out of 5 stars Star-crossed lovers
Reviewed in the United States on May 7, 2013
Verified Purchase
Cal's love for Jeeze takes the scoutship pilot on a risky (and exciting) search. This isn't exactly a light read, not if you want happily-ever-after endings, but it is a riveting story. Flashwired pulled me in from the opening lines with strong, attractive characters who live in a well-crafted universe. The writing is smart and stylish, and I look forward to reading more from Anna Butler.
Read more
One person found this helpful
Helpful
Report abuse

Laura G. Miller
1.0 out of 5 stars Horrible
Reviewed in the United States on April 28, 2013
Verified Purchase
I couldn't get past the first chapter. The writing was atrocious. I had to return it. The first four pages were painful to read.
Read more
Helpful
Report abuse

ATLgwm
4.0 out of 5 stars Buckle your emotional seatbelts. It's gonna be a heck of a ride.
Reviewed in the United States on July 9, 2017
I received this story as a mobi file as a gift from the author. A review was not solicited, but I felt that it deserved one.

I don't know how to describe how I feel about this short story, but I'll try. First off, Anna Butler sure knows how to rise the temperature when she gives us a "love" scene. The British may be thought of as reserved, but don't ever think that means passionless. I was worried that the sex aspect was going to be the main, pardon the pun, thrust of the story, but I was wrong. It is there as an accent to the character's relationship.
This is not a story of sex, but a story of love between a former sexual "butterfly" and a man newly divorced with an angry ex and a child. One is ready to go all in, and the other has some reservations. I could almost see myself in the story as I think we have all played one of the parts at some point in our lives.
The sci-fi in the story was fairly basic until we get further along. That's when Anna Butler gets creative. I can't say that her plot device was exactly fresh and new, as to me if felt a little familiar, though I can't quite put my finger on it as to why. That is not to say that it wasn't exciting to read. Because I though it was very much an exciting read. The thoughts and feelings of her characters come through loud and clear and quite believable. Her aliens are.. well... alien. I realize that this is a short story, so there wasn't time or space to fully develop the other cultures. But with any luck, they'll be around in other stories with more life and history written into them.

This is my first encounter with Anna Butler's writing. I know I will be reading more of her work, and I would highly recommend that you give it a try too. Be warned. this story does include a highly descriptive scene of physical intimacy between two men. It may not be your cup of tea, but it is also a section you can easily skip over and still enjoy the rest of Ms. Butlers offering.
Read more
Helpful
Report abuse

Sadie
3.0 out of 5 stars OK
Reviewed in the United States on March 5, 2015
This was almost really good. After a jerky first few paragraphs it smooths out into a pleasant story. Cal's love for Jeeze is really sweet and you definitely feel it. Jeeze you don't get much of a feel for, but he's an understandable object of affection for Cal. You get the start of an interesting world/universe and even some interesting side characters. Noah and Veronica especially caught my attention.

Unfortunately, however, after all that initial set up, the story peters out in more ways than one. The rescue went FAR too smoothly, involving too many contrivances and conveyances. Then it ends without concluding in any manner. It's not so much a cliffhanger as a sense of waiting. But all of the threads are left open.

Perhaps this is the first in a series. I don't know. The writing was strong enough that I'd be willing to follow the story, but I'm not fond of the serial format of publishing a story.
Read more
One person found this helpful
Helpful
Report abuse

Mik
5.0 out of 5 stars FlashWired
Reviewed in the United States on April 26, 2013
Not just a bromance, it's a compelling story with a cliff hanger plot and well drawn characters that all but step off the page. And hey, it's great sci-fi too!
Read more
2 people found this helpful
Helpful
Report abuse
See all reviews

JM
5.0 out of 5 stars Disturbing and rewarding
Reviewed in the United Kingdom on April 22, 2013
Verified Purchase
This is one of those books where I get to the end and want to shake it until more comes out. Not because there should be any more - the story is perfectly crafted in scope - but because I became so involved in the universe created in this book that I wanted to continue reading about these characters. I fell a little in love with both Cal and Jeeze. Their faults are not glossed over, but that makes them more real, especially as Cal's heart is slowly laid bare through the story.

Speaking of real, the atmosphere of the ship and the relationships between characters felt spot on for people working in such an environment, with privacy at a premium. Even the characters who only appear briefly are convincingly drawn. The author also has a sure hand with action scenes, as shown by the building tension when Cal and Noah are planetside.

The story's plot is somewhat disturbing and holds an unforgiving mirror to a number of subjects. It's not your average feel-good read, but it is a rewarding one.
Read more
Report abuse
See all reviews