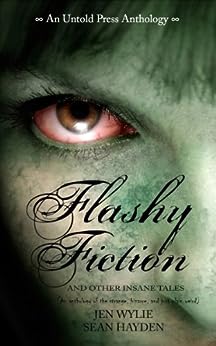 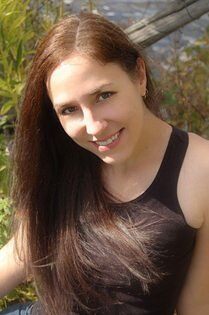 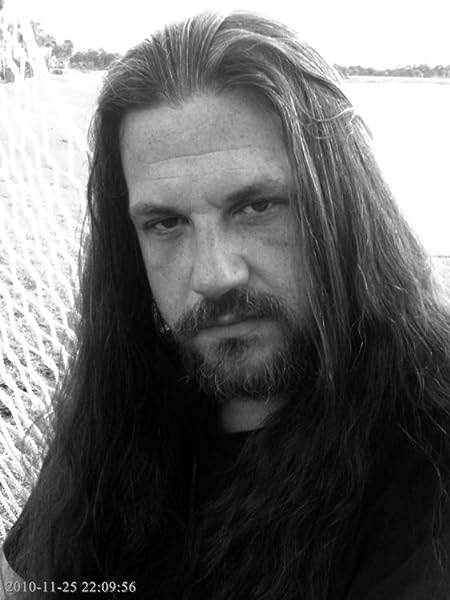 by Jen Wylie (Author), Sean Hayden (Author) Format: Kindle Edition
See all formats and editions
Sorry, there was a problem loading this page. Try again.
An anthology of the strange, bizarre, and just plain weird.

Zombies, vampires, ghosts, and …crickets? Try a taste of writing from two very different fantasy authors. Flash stories are super short and perfect for when you ‘just have a minute’. This anthology contains 15 stories from authors Sean Hayden and Jen Wylie. Run the rampart of emotions in this exciting mix of tales. From humor to twisted, there is something for everyone.
Read more
Previous page
Next page

Jen Wylie's Biography
Jennifer Wylie was born and raised in Ontario, Canada. In a cosmic twist of fate she dislikes the snow and cold. Before settling down to raise a family, she attained a BA from Queens University and worked in retail and sales. Thanks to her mother she acquired a love of books at an early age and began writing in public school. She constantly has stories floating around in her head, and finds it amazing most people don't. Jennifer writes various forms of fantasy, both novels and short stories. Sweet light is her debut novel. Jennifer resides in rural Ontario, Canada with her two boys, Australian shepherd, a flock of birds and a disagreeable amount of wildlife.
Sean Hayden's Biography
Born the son of a fire chief, Sean naturally developed a love of playing with fire. His family and friends quickly found other outlets for his destructive creativity. Writing is his latest endeavor. Always a fan of the macabre, mythical, and magical, Sean found a love of urban fantasy and horror. After writing several novels in this genre, he found, fell in love with, and immersed himself in steampunk. He has always wanted to rewrite history and steampunk gave him that opportunity. Sean currently lives in Florida as a fiber-optic engineer as well as an author. He was blessed with the two most amazing children he could ever hope for, has met the absolute love of his life, who coincidentally is his partner in everything. His hobbies include grand designs on world domination as well as a starring role in his own television sitcom.

littlevoice
4.0 out of 5 stars S.H.I.T.S. and giggles
Reviewed in the United States on April 12, 2012
Verified Purchase
As the blurb says, this is the work of two very different authors. A lot of Sean Hayden's stories revolve around the banality of the modern day workplace, taken in bizarre and hilarious directions; I actually laughed out loud at "And You Think Your Job Sucks". I also have to admire Hayden's self-imposed S.H.I.T.S. challenge (and will avoid making some of the more obvious jokes that the acronym inspires...). He writes with an easy, amiable style that will endear him to many readers.
Jen Wylie's work is, in contrast, more inclined to be introspective speculative fiction vignettes. Many seem to be out-takes or teasers for her series of longer works. The two authors alternate stories in this collection so that each story serves as a palate cleanser for the next.
The collection lives up to its promise of offering perfect "just got a minute" stories. You can trust that these two authors know their craft.

S. D. Beallis
4.0 out of 5 stars Contrasting styles make for a fun reading experience!
Reviewed in the United States on February 7, 2013
Verified Purchase
I enjoyed this collection of flash fiction from Jen Wylie and Sean Hayden. It was an interesting juxtaposition of styles. Wylie's style is almost ethereal; descriptive and beautiful. Hayden's style is in-your-face, always humorous and 'cool', and often with a dash of cynicism. Sort of like being tickled with a feather, then being smacked with a hammer. It kept things moving for me. Not too much of any one good thing.

Not every story is perfect, but all of them are enjoyable and some of them made me want to read more of a particular story by the author. I'm happy to recommend this short story collection...
Read more
One person found this helpful
Helpful
Report abuse

Donna Davis
4.0 out of 5 stars Good stories
Reviewed in the United States on March 14, 2013
Verified Purchase
Some of the stories were great, some so-so. I enjoyed the stories by Sean Hayden the best. The ones by Jen Wylie were very good but would be more for a younger audience than me. Over all I did enjoy reading this book.
Read more
Helpful
Report abuse

D. Brian Nemeth
4.0 out of 5 stars Fun Little Oddity
Reviewed in the United States on September 3, 2012
Verified Purchase
This was a fun, relaxing read. The short stories are VERY short, more like vignettes. Each one sets up a mood and a bizarre alternate reality. I could have just kept reading more, the authors seem to have endless ideas.
Read more
One person found this helpful
Helpful
Report abuse

Dawn
2.0 out of 5 stars Started out promising...
Reviewed in the United States on October 7, 2013
Verified Purchase
Got through 3 stories and one paragraph before I quit...the first one was well written and had an ok story but they just went down hill from there
Read more
Helpful
Report abuse

Dorothy Ingle
4.0 out of 5 stars Quick read
Reviewed in the United States on February 28, 2013
Verified Purchase
I chose this book because it looked fun and I wasn't disappointed. Each story is a quick read so you can fill short intervals with an entire story and each one is a joy.
Read more
Helpful
Report abuse

tlt
5.0 out of 5 stars Funny!
Reviewed in the United States on March 21, 2013
Verified Purchase
I bought the book because it sounded like a fun read. It was a little quirky and off the wall but I did enjoy!
Read more
One person found this helpful
Helpful
Report abuse
See all reviews

Kazz
5.0 out of 5 stars Amazing!
Reviewed in the United Kingdom on December 15, 2012
Verified Purchase
Each story is amazing in its own way. Particularly liked the Echo ones, liking forward to reading more about them!
Read more
Report abuse

Tanya Miller
5.0 out of 5 stars Five Stars
Reviewed in Canada on September 19, 2017
Verified Purchase
Great read!
Read more
Report abuse
See all reviews
Back to top
Get to Know Us
Make Money with Us
Amazon Payment Products
Let Us Help You
EnglishChoose a language for shopping. United StatesChoose a country/region for shopping.
© 1996-2022, Amazon.com, Inc. or its affiliates