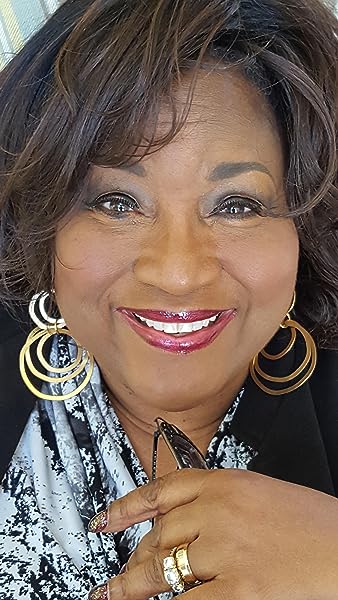 by Eleanor L Tomczyk (Author)
4.9 out of 5 stars 14 ratings
See all formats and editions
Sorry, there was a problem loading this page. Try again.

When you look around and realize that the people filling the pews in your church represent traits you find reprehensible, you can do two things. You can keep your head down and become like them. Or you can follow author Eleanor L. Tomczyk’s example, reexamine everything you believe, and write a hilarious memoir about losing your religion.

And that’s precisely what she does. Fleeing Oz chronicles Tomczyk’s journey from a wide-eyed, eager believer to a battered but not beaten refugee of the culture wars.

From her early days as an African American girl living on a cultlike communal farm with a bunch of white kids, to her final escape from organized religion right before Barack Obama’s election in 2008, Tomczyk tells her story with grace. Far from cruel or mocking, Tomczyk resists the temptation to do unto others as they have done unto her, choosing instead to use humor where others might use hate.

An edgy coming-of-age tale about a baby boomer who wants to follow God without getting crushed by God’s people in the process, Fleeing Oz will cause anyone who’s ever struggled with faith, doubt, and disillusionment to stand up and say “amen.”

Though retired now, Eleanor L. Tomczyk has worked as a teacher, an actress, a singer, and an award-winning voiceover artist. She is the author of Monsters' Throwdown and a writer of the humor blog How the Hell Did I End Up Here?

Tomczyk currently lives in Virginia. She survived raising two children and now enjoys teaching her delightful grandson how to make cakes and tripping over two grand-dogs, Wednesday Addams and Chuck the Pup, when she's not traveling the world with the love of her life. Learn more about her at www.eleanortomczyk.com.

This is her second book.

Keep It Real
5.0 out of 5 stars It ain't easy leaving OZ
Reviewed in the United States 🇺🇸 on June 25, 2020
Verified Purchase
OK, so- Eleanor Tomczyk is an old friend from the cult days... So- there's the disclaimer. Her hubby and I were room mates at the cult. I was very eager to read this book, and found it to be fresh and funny, and true to my memory of the commune we were at. What I didn't realize was the level abuse she went through at the hands of the elders of our "church". What I love about this story is that the thing that drew Eleanor to the oddball churches was the depth of the story of Jesus, and even as she finds herself disillusioned with the Church, Jesus doesn't fail her. Great read. You'll laugh, you'll cry, and hopefully you'll move on and up.
Read more
One person found this helpful
Helpful
Report abuse

Sally McD
5.0 out of 5 stars Healing and Liberating!
Reviewed in the United States 🇺🇸 on May 29, 2015
Verified Purchase
I just finished reading “Fleeing Oz” I sat down to read a few chapters and found myself not being able to stop until I turned the last page and read the last sentence.
Your story was liberating and healing to me. It finished a healing process that was begun years ago. I was also naive and idealistic and was taken in by the “Jesus movement” of the 70’s. I thought I was apart of something pure and holy that we were all on the same path. I was wrong. I continued to look for a church for years, one after another with the same disappointing outcome.
Your book is funny, irreverent and brutally truthful. If you have found yourself disillusioned hurt and disappointed in the church you need to read “Fleeing Oz” It will set you free.
Thank you Eleanor for another amazing book!
Sondra
Read more
2 people found this helpful
Helpful
Report abuse

Valentine
5.0 out of 5 stars Must Read!
Reviewed in the United States 🇺🇸 on July 13, 2015
Verified Purchase
Ms. Tomczyk put things in perspective I didn't know I was thinking about, things like the background of my ex husband who carried with him the burden of guilt and fury and not being able to control me. Her ability to make human even some of the less likable members of the Churches she and her WW was a welcome change of pace from some of the other books that chase God and the various Christian movements. Humor mixed with philosophical internal debates made this an easy read, one that is so personal and yet much more.

Having run from any organized religion many years ago without the inner debate Ms. Tomczyk so spectacularly defines in Fleeing Oz, I highly recommend this one to anyone trying to understand what the Christian church is lacking. What a fabulous, funny, compassionate and insightful read.
Read more
One person found this helpful
Helpful
Report abuse

Sarah K
5.0 out of 5 stars Must read!
Reviewed in the United States 🇺🇸 on May 20, 2015
Verified Purchase
Whether you come from a church-y background or not, this book is a must-read. In today's religious climate, many of us are wondering "what the heck happened to the church?!" For all of us truth-seekers, there is a commonality in Eleanor Tomczyk's journey with American Evangelical Christianity and her exploration into why it is declining. Her experiences, and those of others she interviewed, shed a truthful and somewhat uncomfortable light on what much of the American church has become. With pithy humor, colorful stories (and language!) Tomczyk exposes some of the dirt that has been swept under the rug for decades - and challenges those of us who do want the "real thing" to keep seeking it, until we find it. Great read, loved it - couldn't put it down till I finished it!
Read more
5 people found this helpful
Helpful
Report abuse

John Parsons
5.0 out of 5 stars Eye-opening!
Reviewed in the United States 🇺🇸 on August 7, 2020
Verified Purchase
I went to the same church. It was a beautiful experience that went horribly wrong. And yet, we somehow survive and thrive -- and even come to a better place, spiritually, with patience and grace. The "church" is a mess, but Love wins.
Read more
Helpful
Report abuse

Brenda
4.0 out of 5 stars Authentic insight into the Charismatic Evangelical Movement
Reviewed in the United States 🇺🇸 on August 17, 2017
Verified Purchase
Eleanor Tomczyk shares her transformative journey from conservative, evangelical church member to her decision to leave hypocritical houses of worship. She is an engaging storyteller and blogger (How the Hell Did I End Up Here?) with a unique viewpoint. In this second of her three-part memoir series, she explores her faith and what it means to become “born again” with refreshing honesty and deft humor.
Read more
Helpful
Report abuse

Kimberly Floria
5.0 out of 5 stars Great work
Reviewed in the United States 🇺🇸 on June 20, 2015
Verified Purchase
I really enjoyed reading Eleanor's tales. Her writing spoke to me clearly and with a smiling wit. I went through her journey of religious enlightenment. As she speaks about her love of Jesus, her husband and children you can hear the love and peace she has accumulated through the course of her life. She is truly at peace. I recommend this book to anyone searching for spiritual nourishment though the churches and find themselves disenchanted. I've always said every where is God's home.
Read more
2 people found this helpful
Helpful
Report abuse

Kathy Drew
5.0 out of 5 stars Funny, Relatable and Hard to Put Down
Reviewed in the United States 🇺🇸 on September 3, 2015
Verified Purchase
From the author's note, I knew I was in for a fun and animated read... I laughed out loud, I shook my head often and I understand the author's story of faith. Highly recommend Fleeing Oz from Eleanor Tomczyk!
Read more
Helpful
Report abuse
See all reviews