You've subscribed to Boys of HGU! We will preorder your items within 24 hours of when they become available. When new books are released, we'll charge your default payment method for the lowest price available during the pre-order period.
Update your device or payment method, cancel individual pre-orders or your subscription at
Your Memberships & Subscriptions
There was an error. We were unable to process your subscription due to an error. Please refresh and try again. 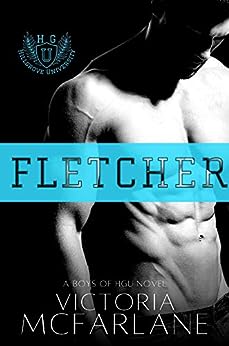 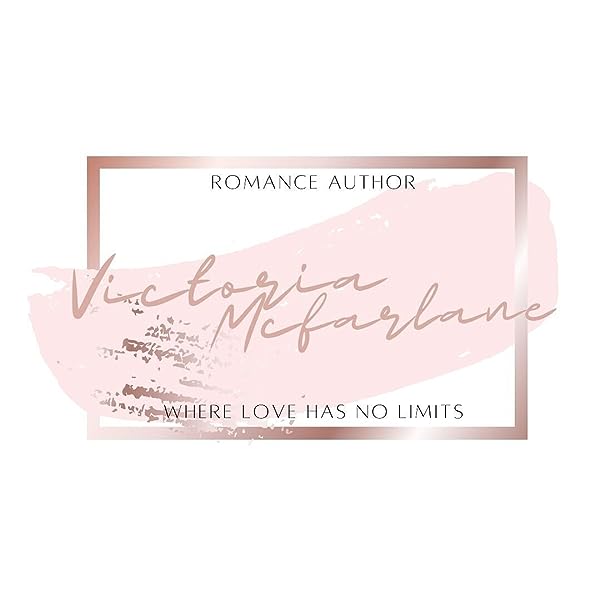 4.2 out of 5 stars
4.2 out of 5
65 global ratings
How are ratings calculated?
To calculate the overall star rating and percentage breakdown by star, we don’t use a simple average. Instead, our system considers things like how recent a review is and if the reviewer bought the item on Amazon. It also analyzes reviews to verify trustworthiness.

Infinity Navarro
4.0 out of 5 stars SAD- CUTE Story
Reviewed in the United States on August 21, 2021
Verified Purchase
This was a sad- cute story. This was my first time reading this author. I came across this author on tik tok and was like let me give it a try --- tik tok has not failed me yet with recommendations. I will say I was hoping for more. They were sneaking around but we didn't get much context from the that. I will say I loved how the book finished. One thing that I didn't like was the setting for this book is in Colorado but it had british words in it. I do wish we had gotten more about Tyler's death in the beginning like how it happened sooner because I felt like I was missing something until they explained it later on in the book.

I absolutely love that everyone knew he was in love with her even though he didn't want to admit. My favorite part of this book was the when the guys thought she was still sleep when she was outside enjoying her drink and then Fletcher came outside and was like I always know where you are, understand.

If you enjoyed reading this book, you should read [book:Kiss of War|55566580].
Read more
Helpful
Report abuse

Hali
5.0 out of 5 stars All the tears!
Reviewed in the United States on August 15, 2021
Verified Purchase
This book destroyed me throughout the entire book! It was everything I could of hoped for. I absolutely loved having the duel POV, even more so I loved that it was lead by Fletchers POV. It really helped bring all the emotions forward and kept them there. I loved the happy ending. And I will definitely be reading more of this series!
Read more
Helpful
Report abuse

Kindle Customer
3.0 out of 5 stars 3 stars
Reviewed in the United States on June 29, 2021
Verified Purchase
This was a good read. I did enjoy it.
Read more
Helpful
Report abuse

Misty@RedsRomanceReviews
VINE VOICE
5.0 out of 5 stars Engaging and Heartfelt!
Reviewed in the United States on February 21, 2021
Fletcher Dallas was the first boy to capture her attention when she moved to town, and he was the one boy she wanted to look at her and see her as more than a friend. But sadly after pining over him for a while he pretty much made it clear he didn't feel the same connection she did. So she moved on, and began dating his brother Tyler, and let her notions of them living happily ever after go. They maintained their friendship and were often together with their little group of friends, and things were going well. That is until tragedy struck and took away Tyler away, and left Fletcher and Peyton completely beside themselves.

That one instant changed everything between them, Fletcher went radio silent and has kept his distance from her for the last three years. They both took on the blame for the accident and have punished themselves emotionally over it time and time again. Peyton can't understand what she did wrong and why Fletcher has pushed her away, she has tried to make amends, but he just won't let her in. It's as if she lost both of them that day, and she isn't so sure she will ever get them back. But then out of the blue Fletcher starts talking to her again, and she holds out hope it means something, maybe that there is a little of that friendship left. Or more?

Between the pages of Fletcher you will meet two broken souls who have lost so much, and are struggling to find a reason to be happy again. Tragedy has left their relationship strained and they have had little to no communication in the last three years. They both miss one another, but the hurt they carry keeps them apart. Watching these two try and find their way again was quite emotional and hard on the heart, but every now and then you'd see a glimmer of something that would give you hope. Their tragic story touched my heart and I cheered them on every step of the way, all the while hoping it would lead to some much needed happiness for them. Loved every minute of this one, the feels were unreal, the story line was engaging and heartfelt, and the characters completely stole my heart! Highly recommend!

I requested an advanced copy of this title from the publisher, and I am voluntarily leaving my honest and unbiased opinion.
Read more
One person found this helpful
Helpful
Report abuse

Lucy Joyeux
3.0 out of 5 stars Even if I gave if 3 stars, you need to read this! It is a really touching story!
Reviewed in the United States on March 15, 2021
This book is my second read by the author. Both books I really liked, but for me it lacked something. As I'm going to repeat for xth time, I love a little more spice and danger in my book. That doesn't mean that this book was bad or wasn't good enough. Quite opposite! I found the book better than the first book I've read by the author.

This book is kind of like a soft romance with grief. It is slow and sometimes punishable, but overall you get a happy ending.

The way these characters had to get to each other was really beautiful and I'd say even real. We all have those thoughts and feelings for another person that we can't show or something even acknowledge, but after a long while you either get through them or you'll be "haunted" by them whether as a good or a bad thing.

The beginning of this book was rather slow but building tension. You could definitely feel and kind of experience what the characters are going through. From the emotional point of view I like the say that this book was really really well done.

You could feel how the characters were trying to get together but at the same time they were really scared of hurting each other and everyone around them. Being this kind of trapped they didn't know whether to confess their feelings or just hide them away because you never know when it is real or when it is just an imagination.

This book is about two people who are trying to find their way to each other but at the same time protect their hearts and their loved ones. Along the way they figure out some things and also deal with their emotions and how to correctly place them. Grief loss and love are the biggest most devastating emotions that could be out there and I have to say that the author did a really good job with representing these emotions with characters and how they perceived their feelings.

No I think I end the book with saying that I loved the ending. I loved what happened at the end. It was something for me, something that I am kind of obsessed with, even though it's messed up to me but I loved it. And also I can't wait for a second book if I get the chance to read it, because I can't wait to see how Decker's life will be and if Demi will end up with Decker or if they're just going to hook up or something, so yeah.

Thank you for giving me the chance to review this book.
Read more
Helpful
Report abuse
See all reviews

Laura
5.0 out of 5 stars So good x
Reviewed in the United Kingdom on June 9, 2021
Verified Purchase
Finally got round to reading the first boys of HGU book and I just loved it. I absolutely devoured every page and couldn’t read it quick enough!

Oh Fletcher.. what a dreamboat 🥺 he was such a sweet character who was dealing with grief and so much guilt over his feelings. It was so hard to see as he deserved happiness so much but denied himself for so long!

And our sweet Peyton, she was just an angel! She also denied herself because of feelings of guilt and it was a tough read as you just wanted the best for them both.

Their relationship was so sweet and natural and you could tell how much they belonged together, it just spoke to you on every page! Their chemistry and sexual compatibility were also second to none!

I loved this book and can’t wait to read Decker (which I’m lucky enough to have an arc of!) as him and Colt were just the best friends to Fletch and Peyton! Really recommend this! 💖
Read more
One person found this helpful
Report abuse
See all reviews
Back to top
Get to Know Us
Make Money with Us
Amazon Payment Products
Let Us Help You
EnglishChoose a language for shopping. United StatesChoose a country/region for shopping.
© 1996-2021, Amazon.com, Inc. or its affiliates