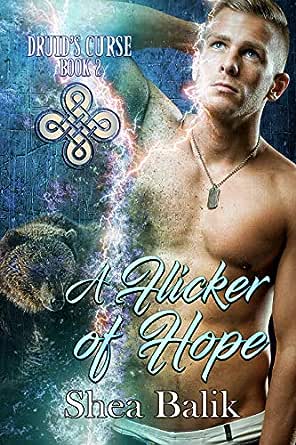 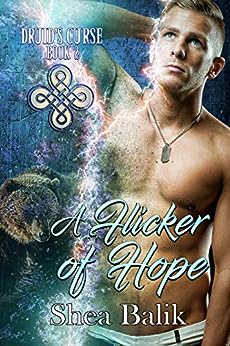 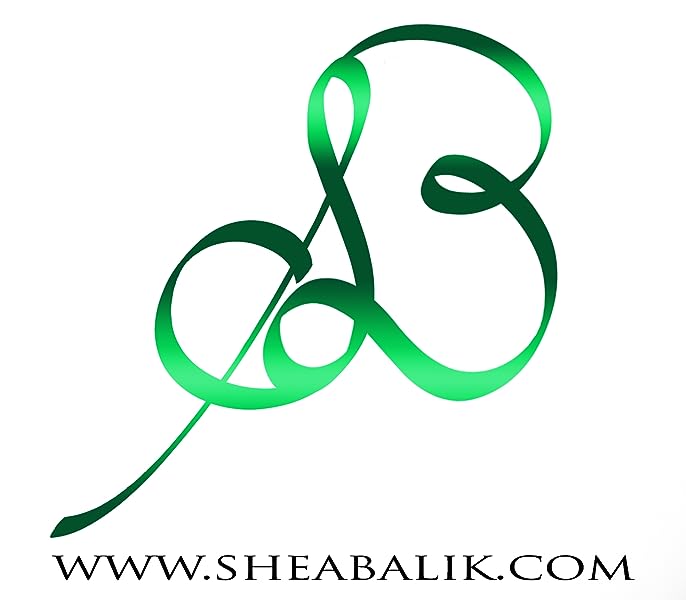 This was a good addition to the Druid's Curse series. I liked how different Kegan and Bjorn were from Ryley and Eirik. Kegan is really sarcastic and Bjorn is just wanting his curse to be over with. He's not looking for a relationship and there's no way he'd pick love over breaking his curse... until he finds Kegan and realizes some things are worth giving up. I liked them together and liked how they fit. Kegan is still sarcastic but Bjorn becomes a little softer. I will say, it was nice to see Kegan not against his heritage, although, he still found it hard to believe the monsters were real, even after seeing them and being hunted by them. I did wonder how Kegan was able to do the rituals for two years with the monsters showing up every time... how did he run away from them and not get caught eventually?
I really enjoyed this one but I had a few issues with it. For one, it was too smutty for me. Once Kegan and Bjorn start having sex, they don't quit and it became too much for me. Add to that, I wanted to see more of Kegan and Bjorn while they were running from the Unseelie's pets. As it was, it jumps a lot over that time and then skips to when they're back at the mansion. I wanted to see what happened, I wanted to see how Bjorn finds his way to a hospital and the struggle of getting home, which could have all been from Bjorn's POV but the 'skips' were all from Kegan's POV. Which leads me to how sad I am that we didn't get much of Bjorn's POV, it's mostly Kegan's and what we do have of Bjorn is generally when they're having sex. Also, I felt like this one was a bit too repetitive in the recap. We were told the same story of Kegan losing his family multiple times as an internal monologue and not as him telling anyone.
All in all, though, I really liked this one. I loved Kegan and Bjorn as a couple and as characters and really liked that this one progressed the story arc a bit more. While the blurb says that you can read this as a stand alone, I think you'd lose some of the enjoyment from the story by not reading the first book. Definitely give this a go if you're looking for something smutty, sarcastic and a little bit suspenseful.
Overall Impression: I liked it!
Nikyta
The Blogger Girls

JTorleif
5.0 out of 5 stars Excellent
Reviewed in the United States on August 20, 2019
Verified Purchase
This series keeps going strong. Kegan's feistiness was a perfect balance to Bjorn's reticence. I loved that they needed to spend so much time alone t together to really get to know each other before making it to the compound in Colorado.
Read more
Helpful
Comment Report abuse

Rebecca Slone
VINE VOICE
5.0 out of 5 stars 4.5*
Reviewed in the United States on April 20, 2020
Oh my word do I love Kegan! The smart alec in him calls to me like a spirit animal lol. Yes, it’s a defense thing, but it’s still funny as heck. Even when terrified, he lets it rip and definitely makes things interesting. This has been a good series so far. I love the whole immortal thing and the fae. Druids and curses. Each character has such a personality and it’s been fun watching them all try to mesh while trying to survive.

After two years, Kegan figures he’d be used to the nightmares that is the Unseelie. After seeing his family ripped to shreds, especially his brother, who was his best friend. But nothing can get him past those images forever burned in his mind. And now it’s his 21st birthday. Time for his ritual and power. And admitting he’s terrified is putting it mildly. He bought a gun to keep with him, but it don’t do much good if he can’t use it. He goes out to do his ritual anyway, and is faced with the horrors of his nightmares. The Unseelie pets. Out of nowhere, some gorgeous behemoth of a man comes to help and save him, but Kegan doesn’t know how to fight. Bjorn is trying to get him to use his power but he doesn’t know how and believes he doesn’t have it. He does and uses it twice, unbeknownst to him, but it doesn’t save them. He is injured and Bjorn does all he can to get them to safety and to get Kegan healed. Kegan almost dies, but eventually gets better and now it’s time for the truth of everything and time to train. Time to put the stories he’s been told his whole life to use and use the rituals that have been handed down as well. Time to save the world. But each time they got to do a ritual, it seems more monsters are coming out, and they don’t know if this time they will survive.

Even being told stories of your heritage your whole life, never prepares you for the actual reality of what to face. I couldn’t imagine seeing the stuff of nightmares standing in front of you, ready to deliver your death. And nightmare is putting it mildly. These suckers put ugly to shame. I don’t blame Kegan a bit by freezing up or being scared. It’s terrifying to face your own mortality. But what made the scary parts not quite as scary, is that in the face of being scared or something, Kegan is a smartalec with a capital S. And it is funny as heck. He goads Bjorn like you wouldn’t believe, goes toe to toe with a fae that could easily kill him and he doesn’t blink. It’s hilarious. He even goes toe to toe with the other smartalec of the group, Arne, and believe me, it has you laughing your head off. It’s not easy what they are trying to do. Being injured the way he was, he’s already discouraged, and then being told constantly he will never be ready, just adds to the disappointment in himself.

But that’s where Bjorn is perfect. Bjorn is fighting the pull of the curse with all he has, but he can’t deny he’s falling for the little booger. He’s proud of how well Kegan is trying to keep it together, even when all he does is complain. But what’s great about Bjorn, too, is he is a natural nurturer. Each of the immortals have their own little things that make them the strong group they are, and Bjorn is a nurturer. You’d think not as big as the man is. You’d think he’s scary as heck, and when it comes to fighting, he is. But anywhere else, and most of the time, he’s a huge teddy bear. Which is funny all things considering. You’ll see what I mean when you read it.

It’s a good series. I’m really enjoying it. The one I’m waiting for, though, is to see who Arne gets stuck with. Because that is going to be the funniest of all.
Read more
Helpful
Comment Report abuse

Bookworm
4.0 out of 5 stars Love me some bear!
Reviewed in the United States on September 20, 2019
This is book 2 in the series, and while it CAN stand alone, I guess, I strongly encourage you to read in order.

There were a few issues with this installment for me. First, sections of the story were simply skipped over - how did they finally get to the hospital? K started the story believing himself a coward - when/how was that resolved? Also, in the first book it was clear tha K and R were good friends - I never felt a hint of that in this book. Finally, there more than a few grammar/editing issues - not bad enough to knock my rating really low, but certainly enough for me to become somewhat irritated.

I enjoyed seeing the overall story arc continue to evolve & develop. It was also a treat watching Mr. "I'm never falling in love", do just that. Also, who doesn't love a big, soft, fluffy bear? lol

Still really enjoyed this one, despite the issues I had. Would absolutely encourage other MM romance readers to give this series a go.
Read more
Helpful
Comment Report abuse

Dmauritzen
4.0 out of 5 stars Great Read
Reviewed in the United States on March 17, 2020
This was a good read. This is book two in the series and was a good addition. The storyline was interesting has lots of adventure and action it keeps you interested. The characters Kegan and Bjorn are amazing. Loved them and there struggles. This is a great interesting read can’t wait to read book three.
Read more
Helpful
Comment Report abuse

TammyKay
5.0 out of 5 stars great series
Reviewed in the United States on October 7, 2019
loved Keagan and Bjorn. Bjorn isn't so sure about this mating thing as the rest of the immorals, but he figures out. Of course Keagan is just the feisty mate Bjorn needs. would def recommend this series. great books!
Read more
Helpful
Comment Report abuse

Bran
5.0 out of 5 stars Another great book
Reviewed in the United States on September 17, 2019
I Readed the first one and how the second one. And again I enjoyed them both greatly. And again I couldn't put it down. Shea tell a story so great. You'll be hooked.
Read more
Helpful
Comment Report abuse

Ashley
4.0 out of 5 stars Flicker of Hope
Reviewed in the United States on September 13, 2019
Sassy and sarcastic! Another fun addition to this magical series filled with ancient curses, fae and druids.
Read more
Helpful
Comment Report abuse

llv
4.0 out of 5 stars A Flicker of Hope by Shea Balik
Reviewed in the United States on June 2, 2019
Verified Purchase
Rating: 3.5 stars
I liked this book better than the first one in the series. Mainly because I liked the MCs better. I really liked Kegan and his sarcasm. Bjorn was a bit annoying in the beginning, but I soon warmed up to him. It was good to see them both interact with the characters from the first book. I especially liked Kegan’s and Meghan’s interaction during their car trip. I also am confused because in this book Bjorn tells Kegan he’ll be immortal after claiming but I could swear they said in the first book that the druids wouldn’t be immortal until after the final ritual. So while not perfect, I did enjoy the book and will read more in the future.
Read more
Helpful
Comment Report abuse
See all reviews