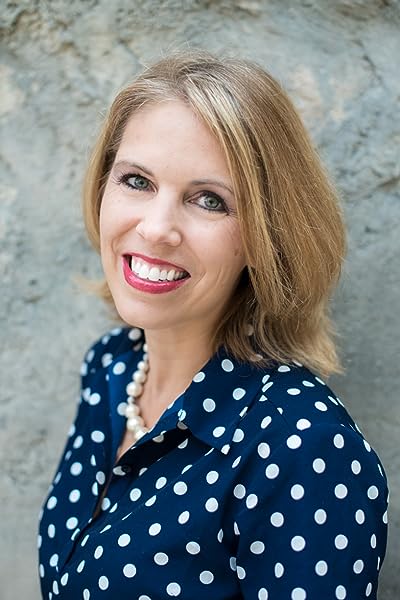 Not only are a writer, you’re also an attorney. How does your legal experience inform your writing?

Being an attorney gives my books authenticity. These characters are in roles I’ve held or know someone who has. It helps me get the details right as well as highlight the tensions and motivations, the fears and concerns these women would have if they weren’t fictional. I’ve clerked for a federal judge. I’ve run trials as the plaintiff’s attorney. I’ve worked with domestic violence victims on their legal matters. I haven’t run my own firm like Savannah does, but I’ve mentored women who are rising professionals and I was mentored by someone like Savannah.

What should a reader expect from Flight Risk?

When a reader closes the cover on Flight Risk, they’ll be encouraged to do the hard work in relationships because there’s always hope. They’ll also want to spend more time seeing what develops between Jett and Savannah. Most of all I want them to be encouraged and hopeful at the last word.

Many of your novels, Flight Risk included, have elements that seem ripped from the headlines. How much inspiration do you get from current events? What else inspires your work?

Flight Risk was inspired by three conversations and events. The first was an actual airplane crash on the 14th Street Bridge as a plane took off from what was then National Airport and crashed into the Potomac River in the 1980s. Savannah’s reactions to it are based in part on my experiences in Washington, D.C. on 9/11. The idea for the black box thread came from talking with a couple of my fellow professors at Purdue. Finally, Jett’s thread of finding truth in a fake news world was an outgrowth of so many different threads from Facebook to the 2016 election and many more. They all came together in a series of what-ifs in my mind.

Forgiveness is a major theme in this novel. Why did you choose to focus on forgiveness with this story?

That theme grew out of spending time with the characters. I’ve learned that the external events are the first thread or layer to the story. Then as I get to know the characters in the context of that setting, I dive deeper into what’s motivating them in their relationships with other people. Once I added Stasi with Savannah’s ex, forgiveness became an issue Savannah has to deal with. Jett’s take on it is slightly different because he’s got to wrestle with whether he can forgive himself.

How are readers going to connect to the characters in Flight Risk?

I think they’re going to care deeply about Addi, Savannah’s niece. Their also going to grow to love Jett. And Savannah is someone they’re going to root for because she’s so much like them. A woman who’s pulled so many directions and wants to do the right thing…even when the people closest to her may not deserve it.

How does Flight Risk fit in conversation with your other novels? What common themes appear throughout your books? What will readers find in this story that expands upon your earlier work?

While Flight Risk is a stand alone novel, readers who loved the Hidden Justice series will see the heroines from those books in this one. Savannah was their mentor and the glue to the group, but now she gets her book. They’re all set in the Washington, D.C. area, and they all have a basic thread that no matter how hard life is, there is always hope and God is always there. Readers will also see that there aren’t pat, easy answers. These characters wrestle with real life, all while having careers set in the legal arena. There will also be an element of ripped from the headlines to propel the action.

“Cara Putman’s new novel, Flight Risk, is more than an unputdownable legal thriller. This rich, multi-layered story features real characters finding their way through a morass of problems that add to the depth of this compelling story. Flight Risk is Putman at the top of her game. Highly recommended!” —Colleen Coble, bestselling author of the Lavender Tides series and Strands of Truth

Cara Putman is the author of more than twenty-five legal thrillers, historical romances, and romantic suspense novels. She has won or been a finalist for honors including the ACFW Book of the Year and the Christian Retailing’s BEST Award. Cara graduated high school at sixteen, college at twenty, completed her law degree at twenty-seven, and recently received her MBA. She is a practicing attorney, teaches undergraduate and graduate law courses at a Big Ten business school, and is a homeschooling mom of four. She lives with her husband and children in Indiana. Visit her website at CaraPutman.com; Facebook: Cara.Putman; Twitter: @Cara_Putman.

Start reading Flight Risk on your Kindle in under a minute.

4.4 out of 5 stars
4.4 out of 5
143 global ratings
How are ratings calculated?
To calculate the overall star rating and percentage breakdown by star, we don’t use a simple average. Instead, our system considers things like how recent a review is and if the reviewer bought the item on Amazon. It also analyzes reviews to verify trustworthiness.

Ruby Edwards
5.0 out of 5 stars Putman’s Flight Risk is a Page-Turner
Reviewed in the United States on April 12, 2020
Verified Purchase
As a fan of Cara Putman’s Hidden Justice series I was NOT disappointed with book five, Flight Risk. This romantic suspense feels like a behind the scenes look at today’s headlines. What should we believe when today’s media seems full of fake news? Are there still journalists who seek the truth? How do we distinguish between the truth and a cleverly crafted lie?
I had trouble putting the book down. Putman has done an excellent job of keeping this reader on the edge of her chair wondering, “What next?”
If you like suspense with a hint of romance, legal thrillers, or mysteries I think you will enjoy Flight Risk.

Shari A. Bradley
5.0 out of 5 stars Highly recommend this book
Reviewed in the United States on May 2, 2020
Verified Purchase
Really appreciate this story, the quest for truth, the potential cost for helping those in need, being open to love, open to forgiveness - so much in this really good story by this fine author, who is also a lawyer and a teacher and a great mom! She does it all, like her strong and capable character, Savannah. Jett is so appealing in his personal sufferings, determination to report the truth, desire to make a difference in Savannah's life. Subtle and beautiful romance tossed in this compelling mystery for good measure. Recommend this book wholeheartedly!
Read more
3 people found this helpful
Helpful
Comment Report abuse

Ashley S.
4.0 out of 5 stars Finding truth in a fake news world.
Reviewed in the United States on October 18, 2020
Verified Purchase
Flight Risk is the first full-length book I've read by Cara Putman and I thoroughly enjoyed it. It's quite a thrilling read full of twists and turns that I didn't see coming.

Jett Glover takes pride in his work as a journalist. He's meticulous in his research and never puts out a piece unless he's 100% sure it's the truth. He knows what it's like to be on the other side of an article full of falsehoods and the devastating consequences that can follow. But when his new article about high profile men involved in human trafficking breaks, tragedy ensues and he's left questioning everything.

Attorney Savannah Daniels gets wrapped up in Jett's story because her ex-husband is one of the guys in the article. Then, she finds out that one of the cases she's working on could possibly be connected to a plane crash that had some of those high profile men on it, one of them being her ex. To protect her niece and find out what's really going on, she teams up with the pesky reporter to discover the truth.

I had a great time reading this book and trying to figure out how everything was connected and what was fact or fiction. It certainly kept me guessing. I'm excited to check out more of this author's work.

Stella Potts
5.0 out of 5 stars Don't Believe Everything You Read in the News
Reviewed in the United States on June 2, 2020
Verified Purchase
Wow what a ride. I thoroughly enjoyed this Legal Thriller. It is well researched and well written with a romance included. The characters are very likable and very real. Cara Putman has done an outstanding job on this book and it will keep you enthralled through every twist and turn. I thought I had it all figured out but no, I didn’t until the end of the book. Don’t miss this one. I think you will love it like I do.
Read more
One person found this helpful
Helpful
Comment Report abuse

Italiangrandmab
4.0 out of 5 stars Suspenseful
Reviewed in the United States on June 4, 2020
Verified Purchase
At the beginning of this story I had a difficult time getting into the story. It was difficult for me to follow the storyline. That usually doesn't happen. But it is a good story. It has elements of suspense, mystery, faith and love and forgiveness, and truth. It is a good story to read with a great ending to it.
Read more
One person found this helpful
Helpful
Comment Report abuse

Kindle Customer
5.0 out of 5 stars Great Read
Reviewed in the United States on April 12, 2020
Verified Purchase
Loved the story and had to keep reading to put all the puzzle pieces together! The relationship between Savannah and Jett was a slow growing trust that found the right bloom.
Read more
2 people found this helpful
Helpful
Comment Report abuse

Jeannie Holderfield
5.0 out of 5 stars Really good book. Good flow, interesting characters, fascinating plot, and a sense of suspense.
Reviewed in the United States on June 21, 2020
Verified Purchase
This author is relatively new to me but I am not disappointed. The story seems to flow and just jump off the pages keeping me up nights to read! In this book, the author tackles several subjects and issues of the day. The only downside? I have to wait until January 2021 to read the next one!
Read more
One person found this helpful
Helpful
Comment Report abuse

Cowboy
5.0 out of 5 stars Good mystery
Reviewed in the United States on May 7, 2020
Verified Purchase
From the beginning the story had you thinking. I like that in a book. Good mystery but not much suspense. Interesting storyline.
Read more
One person found this helpful
Helpful
Comment Report abuse
See all reviews