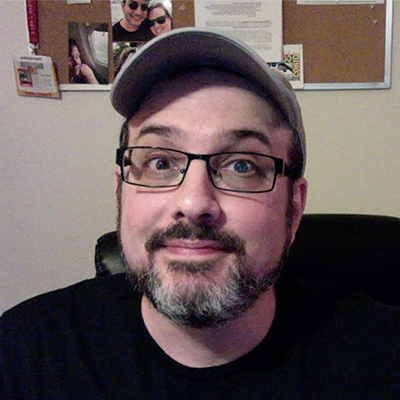 The Flight of the Silvers: The Silvers Book One (The Silvers Series 1) Paperback – January 6, 2015

“VERDICT: This first volume in a planned trilogy is fascinating sf; Price's strong, engaging characters and fast-moving plot will keep readers on their toes. Highly recommended for fans of apocalyptic and dystopian fiction.”—Library Journal (starred review)

“An absorbing adventure with a fresh take on both the parallel-universe and the paranormal subgenres. You'll get pulled in.”—Kirkus Reviews (starred review)

“The cast is engaging (it includes a 16-year-old Australian boy, a girl who’s been separated from her entire family, and an affable cartoonist), and the author has created an alternate-reality world that is both bewilderingly different and reassuringly familiar....A highly imaginative exercise in world building that also features characters it’s very easy to care about.”—Booklist

“I could list the wonders of this new world for a while, but I’d rather let you discover them for yourself when you read the book. You should read this book! I loved The Flight of the Silvers. I found it very difficult to put it aside to deal with my own life…It really is an amazing book.”—SF Crow’s Nest

“A mind-bending work of science fiction, Flight of the Silvers pairs an excellently paced plot with well-written and fully realized characters. If you’re new to the science fiction world, Daniel Price’s chunkster might just be the book to draw you into the genre....It’s really the characters that make Flight of the Silvers worth reading. Price took his time carefully constructing and molding each of the main characters. These people leap off the page, with all of their flaws and ugly bits; they’re so incredibly realistic and three dimensional. Even though they’re not perfect, readers will enjoy getting to know each of these characters and understanding them. They are what carry the narrative; as the reader becomes emotionally invested in these characters, it becomes crucial that they survive their ordeals....This is a novel that will impress fans of science fiction, but the great characters will appeal to readers in all genres. You should absolutely plan on picking it up as soon as possible.”—S. Krishna’s Books blog

“Daniel Price has given readers the first installment of what promises to be a well-wrought sci-fi saga, colored by intriguing ideas and complex characters adrift in a wonderfully weird world. The Flight of the Silvers is thought-provoking, cinematic in scope...and very, very good.”—The Maine Edge

“Price deserves credit for creating immediately relatable characters whose motivations are understandable even when not so commendable. But he deserves out-and-out praise for doing so while constantly upping the temporal ante. The reader’s uncertainty concerning the rules of this new world may well mirror that felt by the protagonists, but the shared confusion never ruins the immersion. As a result, any hours spent reading The Flight of the Silvers will be time well spent.”—BookPage

“In The Flight of the Silvers, Daniel Price’s time-bending X-Men travel through an alternative America that is both alien and disturbingly familiar. Fast-paced, poignant, and absorbing.”—Emily Croy Barker, author of The Thinking Woman’s Guide to Real Magic

Daniel Price is the author of Slick, The Flight of the Silvers, The Song of the Orphans, and The War of the Givens. He lives in Gilbert, Arizona, with his partner, Nancy. He cannot actually manipulate time.

They rounded the corner, turning north onto 13th Street. Just one block away, beyond all the cordons and emergency lights, stood the broken tail cone of a jumbo jet. The buildings around it were devastated with ash and debris. One apartment complex had crumbled to rubble.

More than a hundred thousand planes, jets and helicopters had been up in the air seven hours ago, when all the world’s engines fell still. A third of them plummeted into water. Another third hit the hard empty spaces between human life. The final third just hit hard. San Diego had suffered twenty-two crashes within its borders.

Hannah gaped at the tall gray clock tower of the 12th & Imperial Transit Center, just a hundred yards away. It was a local landmark, one she’d passed a thousand times on her way to work. Now it had been de-clocked, decapitated. Every window on the south side of the building was shattered, with burn marks all over the frame.

All around her, people fretfully chattered. A stringy blond teenager brandished a transistor radio, declaring to anyone willing to listen that he’d heard voices through the static. People in other cities were talking about the same things.

“This is happening all over,” he insisted. “Everywhere!”
Read more