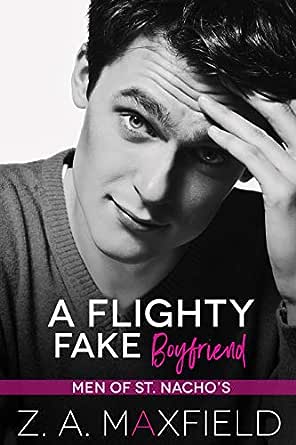 You've subscribed to Men of St. Nacho's! We will preorder your items within 24 hours of when they become available. When new books are released, we'll charge your default payment method for the lowest price available during the pre-order period.
Update your device or payment method, cancel individual pre-orders or your subscription at
Your Memberships & Subscriptions
There was an error. We were unable to process your subscription due to an error. Please refresh and try again. 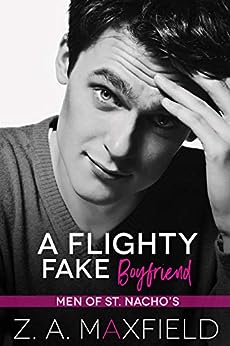 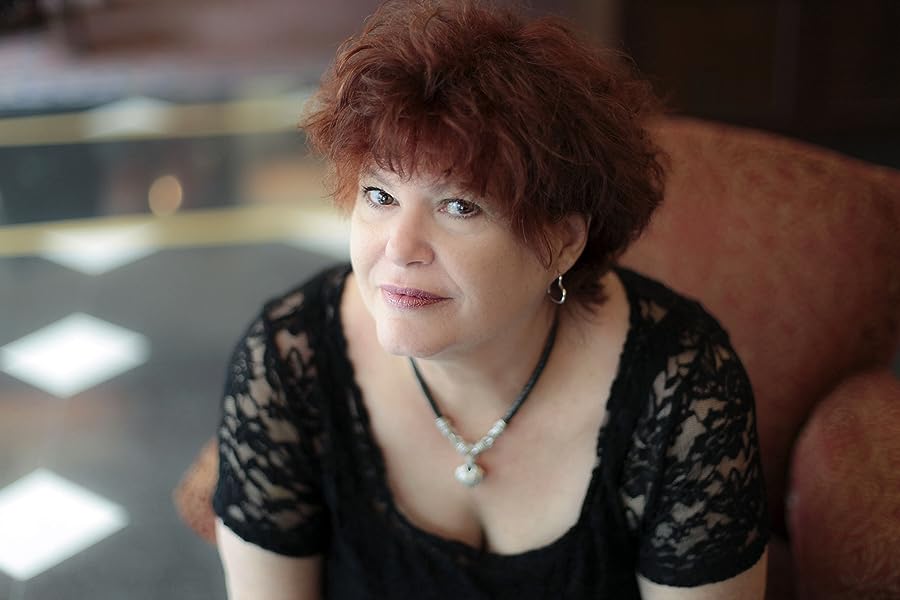 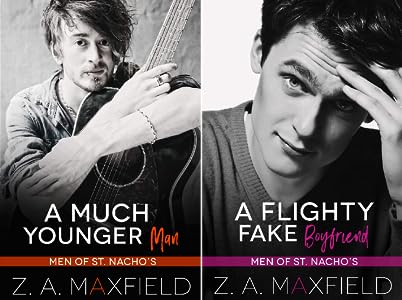 Anniemaus
5.0 out of 5 stars The easy California vibe almost masks a deeply complex, fulfilling tale
Reviewed in the United States on October 12, 2020
Verified Purchase
When Z.A. Maxfield announced the next installment of her Men of St. Nacho’s series would be “A Flighty Fake Boyfriend,” I groaned, thinking she was a bit cheeky. This year, a certain famous British author wrote a much acclaimed, financially successful, “fake boyfriend” novel. And in the interest of full disclosure, I gave the other book 5+ hearts. Ms. Maxfield is the author who hooked me on LGBTQ romances and remains one of my favorite romance writers. Oh dear, would this turn out okay for her?

Meet 36-year-old Ryan Winslow, who is consumed by his career as a data analyst for a Vancouver, Canada-based non-profit that helps free people from International traffickers. Overworked Ryan readily admits to himself, “I wasn’t sure I had the skills set to know happiness when I saw it.” Six years earlier, this mindset cost him his relationship to an aristocrat, whose wedding he’s set to attend; his first vacation in years. He’s drained; alcohol and cigarettes no longer relax him. “I’d been barely hanging on for so long that letting go seemed unsurmountable.”

While Ryan is visiting friends on the way to the wedding, his plus-one cancels. In atypical impetuousness, he invites the attractive, bossy St. Nacho’s waiter who has been kind and an easy conversationalist. Suddenly he reevaluates his ridiculous stress load, thinking, “Making the decision to throw my plans to the wind and invite someone entirely by chance broke that log. My life felt ‘in flow’ again.”

Epic is more than a waiter; he’s perceptive and has a Master’s in finance. The son of controlling conservative economics professors who were once free spirits, Epic is determined to live more fully than they. As he waits to decide his true career calling, he would rather be underestimated than pressured to live up to others’ expectations. Why wouldn’t Epic accept an all-expenses paid vacation to a luxurious resort with the anxious silver fox who looks like he could use his help to loosen up. But is he in over his head, or are they both in uncharted territory?

Told from Ryan’s perspective, this May/December romance showcases Z.A. Maxfield’s easy-going genius. Really, what other author would teach the lessons of life through a round of mini-golf? Though Ryan is as serious as a tax bill, A Flighty Fake Boyfriend manages that California beach town vibe. Maybe it’s Epic’s determination to help Ryan unwind, which Ryan appreciates. “The way he used words created comfortable clouds around uncomfortable subjects.” And maybe Ryan allows Epic to take charge because Epic enjoys reading people. “Epic understood when to fill a silence and when to let one linger for a bit…. He had a pose so unexpected that if I’d blinked I’d have missed the transitions.” They’re as smooth together as a surfer cresting his wave.

As they resist and then succumb to their chemistry, the eroticism vibrates (ha, ha), but is just one more example of why Ryan and Epic fit. They are opposite sides of a coin, their needs intertwined in perfect attunement with their unique strengths and flaws.

The opulent wedding is a contrast to their shared values and clarifies that they could move from fake to real. But they each have to tackle a personal reckoning before either is free to consider their joint futures. “As we walked back to the car, I dragged that great big lie behind me like a strip of toilet paper stuck to my shoe.” And the last third of the plot is an unconventional mix as they hit and miss their targets, until I was unsure whether to smile or cry. It’s rare to find ambivalence so well portrayed. To top it off, the ending surprise is the cherry on this hot fudge sundae of delights.

So, did Z.A. Maxfield’s contribution measure up to that other superb entry in the “fake boyfriend” genre? Let’s put it this way, if that author’s novel was a Mozart fugue, A “Flighty Fake Boyfriend” is the Beach Boys’ “Good Vibrations”. It’s a modernization of the classic. This standalone is easy reading, deceptively light, and in the end, a complex, fulfilling piece.
Read more
5 people found this helpful
Helpful
Comment Report abuse

Bo
5.0 out of 5 stars Absolute Hoot
Reviewed in the United States on October 20, 2020
Verified Purchase
I'm not a big fan of fake boyfriends but this one grabbed me for a couple of reasons. First, I am a huge St. Nacho's fan, and second that it features Epic, the oddball waiter (on the cover) at the Bistro restaurant who made a brief appearance in the first of the series and simply steals this one without any apologies whatsoever.

This series brings together young openly gay and seemingly carefree guys and men in the 30's. The older man here, Ryan Winslow, leaves a lot off the table in terms of likeability, but is also somewhat impulsive at times--often to his own dissatisfaction, to say nothing of Epic's or ours.

Read the blurb for the basis of their hooking up. But the adventures Epic conjures up for their trip to Santa Barbara and the spectacular wedding setting that allows them to have more than a little fun but also some shocking discoveries, holds you in place so that you keep turning the pages.

This one turns into a steamy, sometimes very heartwarming and heartbreaking, journey which grabs you at every turn and then gives you another turn to navigate. I am ready for the next one.
Read more
Helpful
Comment Report abuse

meganissima
4.0 out of 5 stars Unexpectedly deep, intelligent, and incredibly touching
Reviewed in the United States on October 20, 2020
These men were a total surprise for me, a fantastic one, in fact. I went into this thinking it would be pleasant, one of my favorite tropes, with a side of well-written cliched scenario that works out in the end with feels and a touch of humor. I was both right and so very, very wrong. This was most of that and yet so much more.

Ryan was ultimately an emotional wreck with a defeated heart and unhealthy habits that could only lead to destruction, well, maybe just an insane ulcer with a side of cancer. There was an incredibly sadness inside him that he hadn't processed until Epic. The beautifully deceptive Epic. Under his insightful tenderness and incredible passion he unlocked the grief Ryan had been burying. With that freedom came fear.

Epic was way more than merely a waiter. He was vivacious and bubbly and had a zest for life, for experience. He came across as perceptive and also very young and flighty. But quite quickly his youthful silliness was shattered as we learned just how much depth there was to this young man. Being so much more than initially perceived lent a distinct weight to his observations and his care of Ryan. And his rescue of Ryan not only at the end, but during one particularly messed up scene in the garden at the resort...such a strength and determination in someone still in his early 20's. He's still young though, so his reactions to Ryan's fear were predictably immature.

The emails. Damn. The emails began with hardness, vulnerability, sarcasm, and regret, but bloomed with so much honesty and heartfelt pleas that it was heartbreaking and also the perfect place from which to grow. Their reconciliation was earned though it was also kept brief. And then the epilogue sealed their happiness in a way that was so solid and sweet. It could have packed more of a punch, but it was subtle and not altogether unpleasant.

I was surprised by the story, by the men, and truly enjoyed reading this story. Epic and Ryan work so well together and their interactions were quietly funny and also very illuminating into who they were individually. The work Ryan did and the level of intelligence from both men added something extra to this story that made them a little extra special.
Read more
One person found this helpful
Helpful
Comment Report abuse
See all reviews