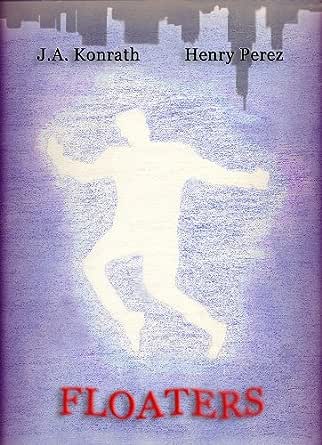 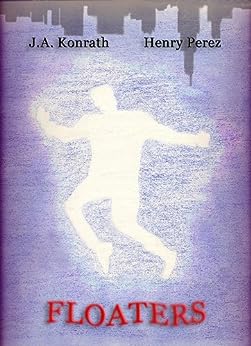 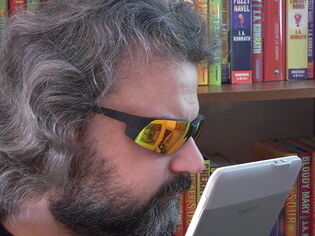 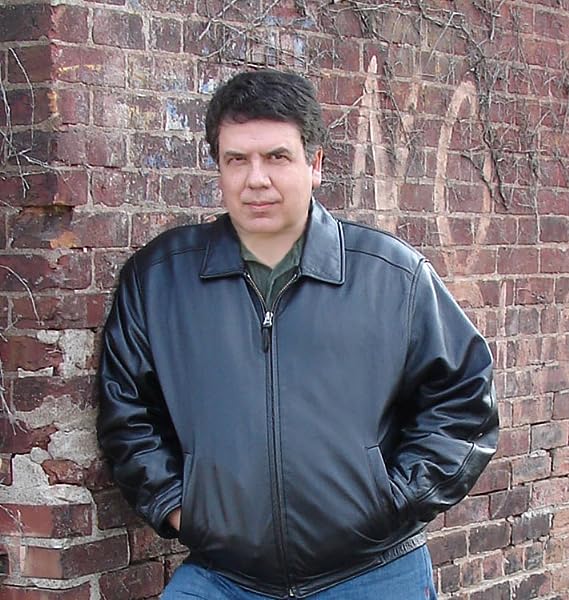 J. A. Konrath broke into the writing scene with his cocktail-themed mystery series, including Whiskey Sour, Bloody Mary, and Rusty Nail―stories that combine uproarious humor with spine-tingling suspense. Since then, Konrath has gone on to become an award-winning and best-selling author known for thriller and horror novels. He is also a pioneer of self-publishing models and posts industry insights on his world-famous blog, A Newbie’s Guide to Publishing. He lives in Chicago with his family and three dogs.

As a Golden Voice (so honored by Audiofile Magazine), winner of 3 Audies and dozens of Earphone Awards, Dick Hill brings his own personal touch of vocal creativity to every project.

He brings stories to life with a wide variety of characterizations, dialects, and accents...reviewers have compared his work to a full cast recording.  His rich baritone and insightful interpretations have also earned him praise for his many non-fiction titles.

Angela Dawe is originally from Lansing, Michigan, and currently calls Chicago home. Her work includes film, television, theater, and improvisational comedy, as well as audiobook narration. Among Angela's recordings are The Sheen on the Silk by Anne Perry, Wild Roses by Deb Caletti, and Savor the Moment by Nora Roberts. She hopes you enjoy listening as much as she enjoys narrating!

3.5 out of 5 stars
3.5 out of 5
48 customer ratings
How does Amazon calculate star ratings?
Amazon calculates a product’s star ratings based on a machine learned model instead of a raw data average. The model takes into account factors including the age of a rating, whether the ratings are from verified purchasers, and factors that establish reviewer trustworthiness.
Top Reviews

Karin
4.0 out of 5 stars Floaters by JA Konrath and Henry Perez
Reviewed in the United States on March 31, 2020
Verified Purchase
Nina got what she wanted, Alex got what he wanted, and Jack finally straightened things out. I am too old to remember pogs, but I enjoyed the story anyway and recommend the book.
Read more
Helpful
Comment Report abuse

J. Daniel
4.0 out of 5 stars Good stories
Reviewed in the United States on June 15, 2019
Verified Purchase
The stories were very entertaining. I was pleasantly surprised by some. None were disappointing. Well worth the read. That’s all.
Read more
Helpful
Comment Report abuse

4everBOOKS
5.0 out of 5 stars 3 Fun Short Stories!! Perfect Konrath!!
Reviewed in the United States on February 1, 2012
Verified Purchase
Just a FYI: I paid zero $ for Floaters and I am madly in love with the writing of J.A. Konrath.

Story #1: Floaters by Konrath and Perez

Floaters was my introduction to Henry Perez's character, Cuban-American reporter Alex Chapa. Lucky for me Chapa works in Chicago. Chicago is the same city my favorite fictional Homicide Lieutenant, Jack Daniels, also works. Chapa is searching for missing Emil Candrolini at the request of his wife of forty years, Nina. Why he agrees to take this story is beyond me. (Surely there are bigger stories in Chicago.) Nina gives Alex three names and addresses of people he may have dealt with and he begins his search for Emil. When bodies begin popping up in the Chicago River, Alex may have found a link to Emil. Enter the always stylishly dressed Jack Daniels and her always hungry slob of a partner, Herb. What absolutely made this story perfect was the banter between Jack and Herb which mostly included pepperoni snacks. No matter how ludicrous their conversations can get, they honor their jobs as police officers and always have each other's back. Although the criminals are totally stupid (because they're criminals) Jack and Herb are forced to cover Alex's back as well.

This story is about a hit man who failed to follow through on a job and the fallout that follows. The "fallout" came as a surprise to me and was exciting to read. (Includes gunfire, fists and blood) Really, what becomes of a hit man when he no longer has a future with his employer?

This short story follows Phineas Trout. Phin is character from the Jack Daniels series who is dying from pancreatic cancer. Phin's morality has seriously slipped and he takes on crime to help him pay for coke or heroin to ease his pain. On the way to commit a crime he picks up a transsexual hooker named Thor. (That's an image!) All I can say about this story is "I did not see that coming!" This story has a fantastic and very surprising twist. It was a great read! Phin is awesome. I hope he never dies!

Floaters also has brief conversations between Konrath and Perez. They're very short and humorous. Thankfully, they offer no deep thoughts. Floaters also features excerpts from Killing Red and A Shot of Tequila. I skipped those.

If anything you must read Last Request. Floaters is nothing profound, but for free it was a lot of fun.
Read more
5 people found this helpful
Helpful
Comment Report abuse

Bartleby
4.0 out of 5 stars Fun, quick read
Reviewed in the United States on June 20, 2012
Verified Purchase
I hadn't read any crime stories by either of these two writers, so this was a nice introduction to their work. The mystery is just intriguing and smart enough to keep you guessing, and I liked the meshing of their two protagonists. Would look forward to seeing a similar pairing in the future. Let the price be a tip-off: this is a short novel. If you're not expecting that when you buy it you may be disappointed. At the end of the book you'll find excerpts and an interview with the two writers.
Read more
One person found this helpful
Helpful
Comment Report abuse

Barbara L. Blair
1.0 out of 5 stars Snookered
Reviewed in the United States on February 11, 2015
Verified Purchase
I have been reading Mr Konraths books for a while, and although I am always entertained, I have been feeling a little taken advantage of lately. The last few books I have purchased were short stories followed by nothing but fluff . By this I mean having fifty percent of the kindle book consist of rehashing bits of prior books, or telling of conversations he had with cowriters. While this is interesting, I paid to read a story, not to hear about your personal life.
With this said...............and off my chest..............Let me say a few things about the actual story. Or shall I say very very short story. Mr Konrath is an excellent writer. He has a grasp for keeping the story moving and "me" guessing. In this particular story he had me scratching my head, laughing out loud, picturing the scene perfectly, and enjoying fully the characters he has spent years developing. And by the way, they are always true to their personalities.
In all fairness I should have, and would have given this story a perfect score. Because the story itself was complete. I am just getting tired of looking at the length of what appears to be a "three night book" and being done in "one" because of the ramblings tucked nicely on the end. You are a very sneaky man.
Read more
Helpful
Comment Report abuse

Tommy2tone
1.0 out of 5 stars Overpriced even at 99 cents
Reviewed in the United States on March 3, 2013
Verified Purchase
I just read the first chapter, by Perez, and what surprised me were some blatant misspellings and incorrect grammar, the sign of sloppy, hurried and unedited writing ("eek out," "the stickers were pealing off," etc). I also read the Amazon.com reviews of the entire book here, many of which reflect the same conclusions as well at the generally haphazard work by these authors in this piece. Even the cover looks like a five year-old's crayon drawing that could have been rendered in about 15 minutes. Is it mostly a promo for their next books? I don't know. It seems like they probably could have knocked the whole thing out in a couple of afternoons, if that. Neither they nor their publisher's editor cared enough to go back for a once-over edit - if they did, they were careless. Spell-check gone awry? Well, print it out and read it. My impression is that these guys don't respect their readers very much and I'll never spend money on their stuff. There are too many other great writers out there, in all genres, who work a lot harder to achieve excellence and earn the rewards they receive.
Read more
Helpful
Comment Report abuse

libbylab
3.0 out of 5 stars A little choppy for me
Reviewed in the United States on October 6, 2012
Verified Purchase
This book was readable but was crafted by two authors working together. I felt that they showed it could be done but I'm not sure why I would want to read another one like this. Thanks anyway, but I will stick with the straight Jack Daniels mystery - I have enjoyed them a lot.
Read more
Helpful
Comment Report abuse
See all reviews from the United States

windy miller
4.0 out of 5 stars A good read
Reviewed in the United Kingdom on April 8, 2013
Verified Purchase
It was a good gripping read couldn't put it down. Wasn't disappointed,I love Jack Daniels stories. Would recommend them to anyone.
Read more
One person found this helpful
Helpful
Sending feedback...
Thank you for your feedback.
Sorry, we failed to record your vote. Please try again
Report abuse

barbara ellison
4.0 out of 5 stars prefered the others in the jack daniels series
Reviewed in the United Kingdom on August 15, 2013
Verified Purchase
I liked this book bt didnt love it. I have enjoyed all the jack daniels books which i found page turning. would still give this a good rating though.
Read more
Helpful
Sending feedback...
Thank you for your feedback.
Sorry, we failed to record your vote. Please try again
Report abuse

david weake
4.0 out of 5 stars book
Reviewed in the United Kingdom on June 23, 2013
Verified Purchase
Read it yourself to find out if you find it interesting - do not like filling out these boxes for comments.
Read more
Helpful
Sending feedback...
Thank you for your feedback.
Sorry, we failed to record your vote. Please try again
Report abuse