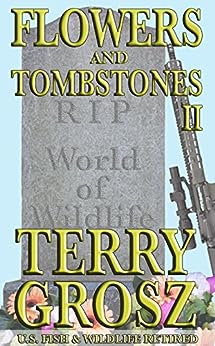 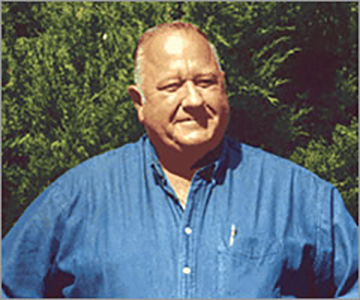 by Terry Grosz (Author) Format: Kindle Edition
See all formats and editions
Sorry, there was a problem loading this page. Try again.
RIDE THE FINAL WILDLIFE OUTLAW TRAIL IN HIS BOOK SERIES WITH VETERAN CONSERVATION OFFICER, TERRY GROSZ, AND PARTICIPATE IN HIS REAL LIFE LAW ENFORCEMENT ADVENTURES IN THE SAVAGE AND DEADLY WORLD OF WILDLIFE LAW ENFORCEMENT.

RIDE WITH TERRY AS HE APPREHENDS COMMERCIAL MARKET HUNTERS DESTROYING CALIFORNIA'S RARE DESERT BIGHORN SHEEP; FOLLOW HIM WHILE WORKING UNDERCOVER, STAKING OUT CALIFORNIA'S RUGGED NORTHCOAST DURING THE DEADLY ABALONE WARS; JOURNEY TO MISSOURI AND WORKING COVERTLY, ARREST NUMEROUS GROUPS OF INDIVIDUALS SHOOTING OVER ILLEGALLY BAITED AREAS AND KILLING HUNDREDS OF MOURNING DOVE OVER THE LIMIT; VENTURE INTO NORTH DAKOTA AND CITE DOZENS OF SPORTSMEN ILLEGALLY IMPORTING HUGE OVERLIMITS OF WILDLIFE FROM CANADA INTO THE U.S.; SEIZE HUNDREDS OF POUNDS OF ILLEGAL WALRUS IVORY IN ALASKA ALONG WITH STOLEN GOLD ROLEX WATCHES; AND PARTICIPATE IN INTERSTATE ROADBLOCKS WHERE HUNDREDS OF SPORTSMEN ARE APPREHENDED AND THOUSANDS OF POUNDS OF ILLEGALLY TAKEN BIG GAME AND FISHERY SPECIES ARE CONFISCATED ALONG WITH HUNDREDS OF POUNDS OF ILLEGAL DRUGS IN NEBRASKA.

THIS IS WILDLIFE LAW ENFORCEMENT IN ITS RAWEST OF FORMS AS ONLY TERRY GROSZ CAN TELL IT: FIRST PERSON FROM ONE WHO LIVED THE LIFE AS A SOLITARY LAWMAN FOR OVER 32 YEARS PROTECTING THOSE IN THE WORLD OF WILDLIFE WHO HAVE LITTLE OR NO VOICE.
Read more
Previous page
Next page

Terry Grosz earned his bachelor's degree in 1964 and his master's in Wildlife Management in 1966 from Humboldt State College in California. He was a California State Fish and Game Warden, based first in Eureka and then in Colusa, from 1966 to 1970. He then joined the U.S. Fish and Wildlife Service, and served in California as a U.S. Game Management Agent/Special Agent until 1974. He then was promoted to Senior Resident Agent and placed in charge of the States of North and South Dakota for two years, followed by three years as a Senior Special Agent in Washington D.C., with the Division of Law Enforcement. In 1979 he became the Assistant Special Agent in Charge in Minneapolis, and then transferred to Denver, where he remained until his retirement in 1998.

He has earned many awards and honors during his career, including, from the U.S. Fish and Wildlife Service, the Meritorious Service Award in 1996, and Top Ten Award in 1987 as one of the top ten employees in the agency. The Fish and Wildlife Foundation presented him with the Guy Bradley Award in 1989 as the nation's outstanding wildlife officer, and in 1995 he received the Conservation Achievement Award for Law Enforcement from the National Wildlife Federation. Unity College in Maine awarded him an Honorary Doctorate in Environmental Stewardship in 2002. Humboldt State University awarded Terry their Distinguished Alumni Award in 2008 for his lifetime achievements.

His first book, Wildlife Wars, was published in 1999 and won the National Outdoor Book Award for Nature and Environment. He has had 12 wildlife law enforcement true life adventure books published since then. Terry has also had published five historical Mountain Man novels: Crossed Arrows, Curse of the Spanish Gold, The Sage of Harlan Waugh, The Brothers Dent and The Adventures of Hatchet Jack. In 2003, Discovery Channel filmed a reality based television program for Animal Planet featuring stories from Terry Grosz's wildlife law enforcement true life adventure books which was shown nationally. He lives in Colorado with his wife of 53 years, Donna.

3.5 out of 5 stars
3.5 out of 5
6 global ratings
How are ratings calculated?
To calculate the overall star rating and percentage breakdown by star, we don’t use a simple average. Instead, our system considers things like how recent a review is and if the reviewer bought the item on Amazon. It also analyzes reviews to verify trustworthiness.
Top reviews

David Eisenhauer
3.0 out of 5 stars Good read.
Reviewed in the United States on September 5, 2018
Verified Purchase
Interesting stories - some of which have been told before in other issues of his books.
Read more
Helpful
Report abuse

Therese Denoyer
1.0 out of 5 stars Not to my liking...
Reviewed in the United States on May 23, 2017
Verified Purchase
Did not finish it.....to mundane
Read more
Helpful
Report abuse

Sean Helgeson
4.0 out of 5 stars Great read
Reviewed in the United States on July 25, 2017
Verified Purchase
I have read 5 books by Terry Grosz. He is an interesting and funny guy! I look forward to reading more books by him.
Read more
Helpful
Report abuse

Jean Ann Scott
4.0 out of 5 stars Flowers and Tombstone
Reviewed in the United States on April 11, 2017
This was a great read, very informative and interesting. I did find it a little . I did enjoy your descriptive ability of characters.
Read more
Helpful
Report abuse
See all reviews