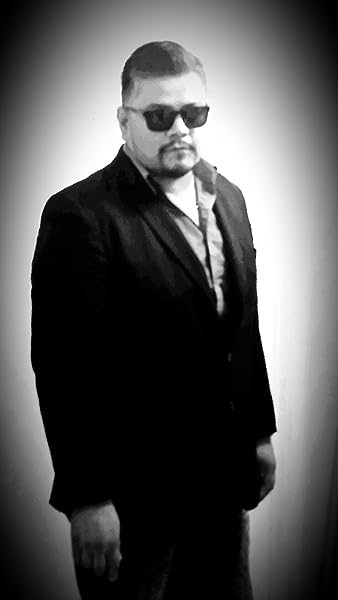 by Gabriel H Sánchez (Author)
4.0 out of 5 stars 1 rating
Previous page
Next page

Raul
4.0 out of 5 stars Mexican-American perspectives via a South Texas poet
Reviewed in the United States on November 16, 2016
As has happened to me before with more modern poetry in general, portions of this collection may have eluded my grasp. But I gradually realized that, by reading each twice, I ended up enjoying them overall! The book is divided roughly into quarter parts (with overlaps): 1) social commentary from a Chicano perspective; 2) human bonds of family, love and lust; 3) loneliness, longing & disillusionment; 4) identity -- notably Mexican-American.

My favorite among these entries might be "Change" -- a call to resist complacency. Another favorite is "Aztec Love," with romantic desire pictured via images of mythology and even human sacrifice. "South Texas Reservation" is another that I strongly liked! "WMD Brain Freeze" initially seemed political, but jarred a smile out of me with its conclusion drawing my attention to "beautiful skies" above "mushroom cloud trees."

I suppose if I have any gripe with this collection, it would be the choice of words at certain times (breath/breathe), though I wonder if it was intentional on the poet's part. My least favorite of the entries would be "Bush Era Love," partly due to its – um -- harsh language; yet even that one surprised me once I realized that, rather than attacking government leaders, it's actually suggesting how our human bent for war might be placated by lovemaking!
Read more
Helpful
Report abuse
See all reviews
Pages with related products. See and discover other items: chicano studies