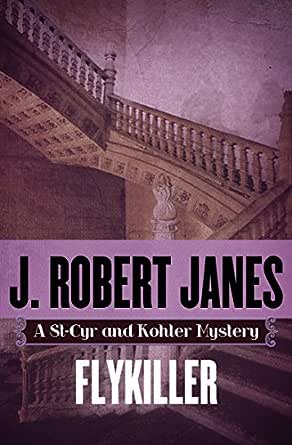 You've subscribed to The St-Cyr and Kohler Mysteries! We will preorder your items within 24 hours of when they become available. When new books are released, we'll charge your default payment method for the lowest price available during the pre-order period.
Update your device or payment method, cancel individual pre-orders or your subscription at
Your Memberships & Subscriptions
There was an error. We were unable to process your subscription due to an error. Please refresh and try again. 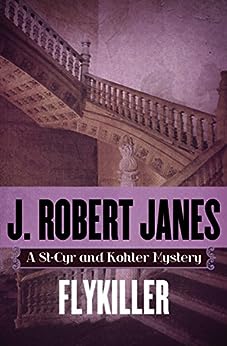 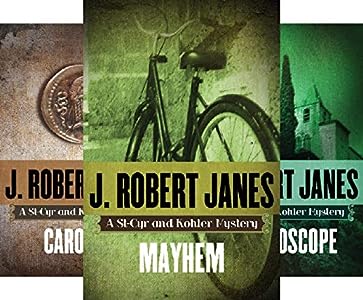 “Excellent . . . proves once again that the small murder, set against the backdrop of war and genocide, is compelling.” —The Globe and Mail
“Cleverly conceived and executed . . . even the most cynical reader might be forgiven for thinking the events might actually have taken place. . . . Another absorbing thriller.” —Crime Time
“Janes hooks you quickly. You are drawn to the sympathetic characters of the two detectives. They are not the brutal policemen associated with wartime, but decent men in a world of brutality.” —Spectator

J. Robert Janes (b. 1935) is a mystery author best known for writing historical thrillers. Born in Toronto, he holds degrees in mining and geology, and worked as an engineer, university professor, and textbook author before he started writing fiction. He began his career as a novelist by writing young adult books, starting with The Odd-Lot Boys and the Tree-Fort War (1976). He wrote his last young adult novel, Murder in the Market, in 1985, by which time he had begun writing for adults, starting with the four-novel Richard Hagen series.
In 1992, Janes published Mayhem, the first in the long-running St-Cyr and Kohler series for which he is best known. These police procedurals set in Nazi-occupied France have been praised for the author’s attention to historical detail, as well as their swift-moving plots. The thirteenth in the series, Bellringer, was published in 2012.

Robert L. Piepenbrink
4.0 out of 5 stars Too Many Women
Reviewed in the United States on April 21, 2015
Verified Purchase
Another in the long-running Kohler & St Cyr mysteries, as we follow what sometimes seem to be the only honest people--almost surely the only honest cops--left in occupied France. Each novel deals with some different aspect or setting of the Occupation. In this case, it's the internment of "enemy" women--English and American women married to Frenchmen, or just tourists at exactly the wrong time, now locked up until the war is over or the Allies retake France.. As usual, Kohler & St Cyr have to solve the murder keep all their various superiors happy--or at least not too upset--and try to bring about some measure of justice.
It's worth noting that in this outing almost all the suspects and witnesses are the internees. If you're like me and sometimes shorthand characters, be warned: to take this one seriously as a mystery, you'll probably need to take notes. I will next time--and there will be a next time.

All the Kohler & St Cyrs are passable fair play mysteries. They're written in sequence, and you can see attitudes and relationships change as the war progresses and both men take more punishment and have less hope. Be warned that Janes is the fastest POV-shifter in the English language, and to read closely is like watching a Ping-Pong match with POV changing sometimes with every line. German and French phrases are tossed about, but not promiscuously. If it's something you can't be expected to know or need to know, someone will give you the meaning within a paragraph or so. If you're up for that, hang on tight and enjoy the ride!

Cheryl's Book Nook
5.0 out of 5 stars Five Stars
Reviewed in the United Kingdom on November 4, 2017
Verified Purchase
My customer was very happy with her book. Thanks, Cheryl
Read more
Report abuse

Paull
1.0 out of 5 stars One Star
Reviewed in Australia on January 13, 2015
Verified Purchase
Not my cup of tea
Read more
Report abuse
See all reviews