Track your books
Bring your club to Amazon Book Clubs, start a new book club and invite your friends to join, or find a club that’s right for you for free.
Explore Amazon Book Clubs
Flip to back Flip to front
Listen Playing... Paused   You're listening to a sample of the Audible audio edition.
Learn more
See all 6 images 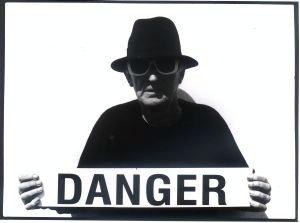 K-Gr 3-Full of suspense and magic, this captivating adventure is set amid the harsh landscape of Ireland's west coast. Resourceful Finn and his sister, Cara, live with their parents, who make a living by fishing and farming-"The family was poor yet grateful to survive on what they had." The spare text captures the lilt of country folk, as well as their superstitions. Ungerer creates an eerie atmosphere by using a palette of predominantly somber hues of gray, black, brown, and blue. The art is dramatic and powerful; the cover spread of fog-enshrouded children glows with breathtaking beauty. After their father builds a small curragh for his son and daughter, he warms them never to go to Fog Island, a "doomed and evil place," but one day they find themselves lost in a fog and currents carry them to there. Once they land, the curious youngsters climb a set of slippery stairs with creepy faces peering at them and skeletonlike vines intertwined among the rocks. But the person who answers the door at the top is the rather lonely and congenial Fog Man. He shows them how he makes fog, serves them a strange fish stew, and tucks them into bed. When they awake the next morning, they find themselves lying among ruins with no one in sight, but with steaming bowls of stew by their side. Literal-minded readers might wonder why the Fog Man's lair appears to be underwater, when the children walked so far up the steps to find it. And the subsequent storm and rescue at sea seems tacked on. Nevertheless, this intriguing story will ignite discussion on the central question-was the Fog Man real, or a dream?-Caroline Ward, The Ferguson Library, Stamford, CTα(c) Copyright 2013. Library Journals LLC, a wholly owned subsidiary of Media Source, Inc. No redistribution permitted.

Finn and Cara live with their parents in Ireland, in the “back of beyond.” It’s a poor farming life, but when the family is in their cottage and the wind is howling, they feel safe enough. Living by the sea, they are used to boats, and when their daid makes the children a small curragh, he warns them to never to leave the bay with it—and, above all, never go to Fog Island, a dark and dangerous place. But one day, while out in the boat, a fog envelopes the siblings and strong currents carry them to the island. Evil is what they fear, but instead they meet an odd old man—the Fog Man—who cranks out the misty gray. He shows the children how it’s done and even feeds them, but will he allow them to leave for home? The story has a standard journey feel, but the mixed-media illustrations are quite rich. Whether the children are at home, out on the sea, or in the castle, the fog is ever present, almost becoming a character in its own right. A moody, mysterious piece. Grades 1-3. --Ilene Cooper

"A particularly enticing blend of mystery and magic. . . the kind of classic adventure that allows children to triumph over convention and common sense." – Publishers Weekly, Starred Review

"Here, with a becoming respect for children’s curiosity about the forces that govern the world and their role in that grand scheme, Ungerer takes young readers to a place they have never been before, and he does the same for the picture book." – Leonard S. Marcus, The New York Times Book Review

"An atmospheric, folkloric adventure. . . this is a poignant, magical gift for all of us." – Kirkus Reviews, Starred Review

Born in Strasbourg, in the Alsace region of France, in 1931, Tomi Ungerer started drawing as a small boy. He published his first book for children, The Mellops Go Flying, in 1957, and went on to publish 80 books over the next ten years, covering all aspects of his work. Phaidon has published many of his classics such as The Three Robbers, Moon Man, and Adelaide as well as new books for children such as Otto and the upcoming re-release of The Beast of Monsieur Racine, a star‐reviewed book in Kirkus 1963. In 2003 the European Council chose Tomi Ungerer as their first Ambassador for Childhood and Education and in 2007 the Tomi Ungerer Museum in Strasbourg opened its doors to the public and has since been voted one of the 10 best museums in Europe by the European Council. A contemporary of Maurice Sendak, Ungerer was recently featured in a documentary, Far Out Isn’t Far Enough, a New York Times Critics' Pick.

yogagram
5.0 out of 5 stars Could be a classic... love it!
Reviewed in the United States on January 23, 2014
Verified Purchase
This illustrator's work has a unique and delightful character. We read The Beast of Monsieur Racine many times to our children. Our grandchildren are taken with this recently published boo, which captures a mystique and the special bond of experience between siblings. It also celebrates and educates young readers on a passing agrarian way of life. The story combines mystery and a hint of danger, with the values of love of family and of local mythology, even as it raises questions about the source of superstition and of conventional wisdom.
Read more
4 people found this helpful
Helpful
Comment Report abuse

jask
5.0 out of 5 stars Wonderful book
Reviewed in the United States on February 1, 2014
Verified Purchase
i bought this book to read to my grandchildren.
and keep it in a special childs bookcase in case they
want to pull it out themselves and go thru it to see
the pictures or read
on their own.
the drawings are also so great.
Read more
One person found this helpful
Helpful
Comment Report abuse

Little Raven
5.0 out of 5 stars Good Story
Reviewed in the United States on February 18, 2014
Verified Purchase
Children's picture books are the best value for art. Some of them don't have much of a story, but this was does. It's not reluctant to scare a little bit but, of course, there's a happy ending.
Read more
Helpful
Comment Report abuse

Tor
5.0 out of 5 stars unforgettable book
Reviewed in the United States on September 21, 2015
Verified Purchase
very special book. Amazing pictures and story line. I have read 3 books from Ungerer and all have been unforgettable.
Read more
Helpful
Comment Report abuse

KrisK
2.0 out of 5 stars Two Stars
Reviewed in the United States on March 7, 2016
Verified Purchase
i love his other books but this one was not up to par for this author. Don't recommend it.
Read more
2 people found this helpful
Helpful
Comment Report abuse

LynnSews
5.0 out of 5 stars Granddaughter LOVES this book!
Reviewed in the United States on April 23, 2014
Verified Purchase
I sent it to her for her birthday, and can't wait to get to visit her so I can read it to her myself.
Read more
Helpful
Comment Report abuse