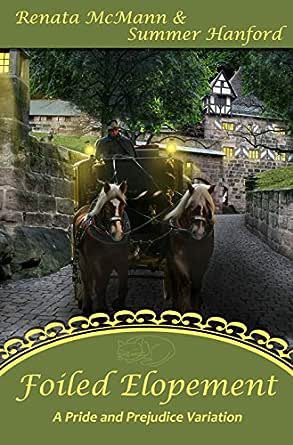 You've subscribed to A Pride and Prejudice Variation! We will preorder your items within 24 hours of when they become available. When new books are released, we'll charge your default payment method for the lowest price available during the pre-order period.
Update your device or payment method, cancel individual pre-orders or your subscription at
Your Memberships & Subscriptions
There was an error. We were unable to process your subscription due to an error. Please refresh and try again. 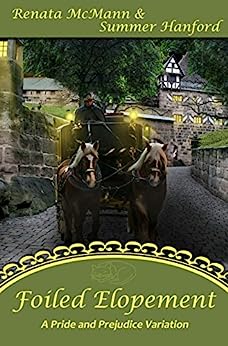 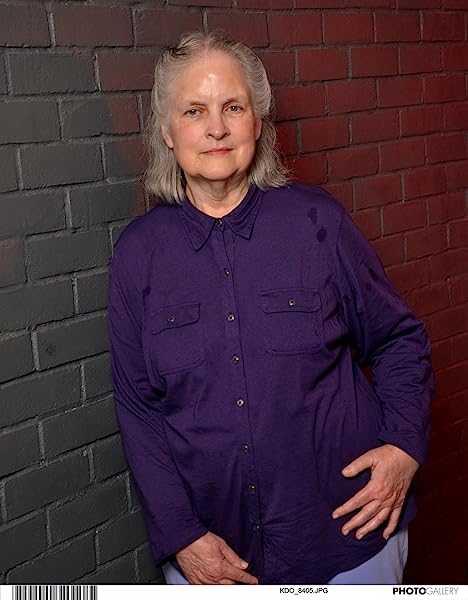 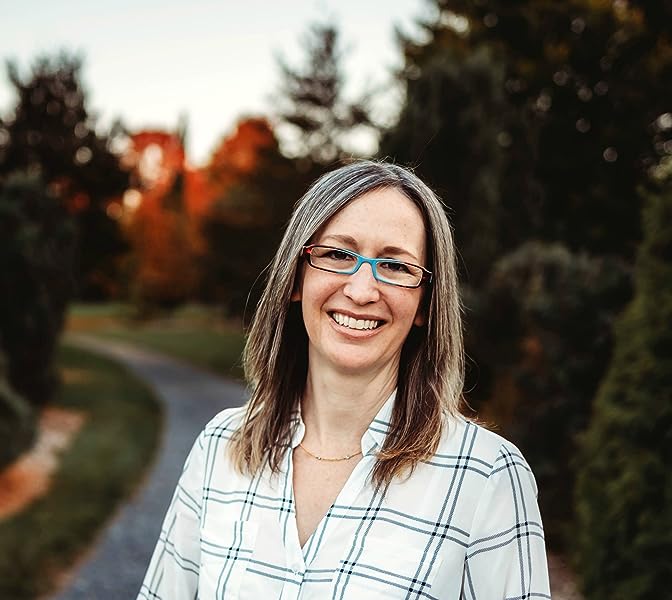 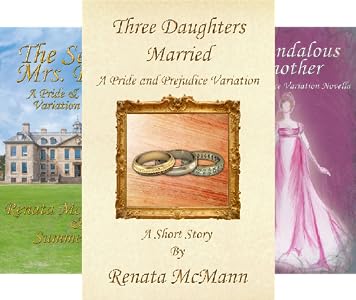 Renata McMann and Summer Hanford began writing Pride and Prejudice Variations together in 2014 and have since become immersed in the amazing world Jane Austen created. Whether you're a fan of Darcy and Elizabeth specifically or of clean Regency Romance in general, you will enjoy both McMann's ability to imagine variations of this classic love story and Hanford's skill in turning these variations of Mr. Darcy, Elizabeth Bennet and their enduring love into entertaining stories. Learn more at renatamcmann.com.

This is an off-canon P&P story that will thrill, chill, and surprise the reader. The OOC [out of character] behavior of our main characters is only part of the problem. The other reviews have listed things that Darcy and Elizabeth simply would not do because of propriety. However, when someone is in a drastic situation, they are forced to act in a manner that they would not normally behave.

What I liked: The page time between D&E. I love when Darcy and Elizabeth get to talk or interact. His first vision of Elizabeth is not the one we think. Georgiana had given him a description of Lizzy so when he walked into the Inn he recognized her. The only problem… Wickham was there and, due to his actions, holy crap broke out at the inn. No spoiler as to what Wickham was doing… just that it was bad. Darcy is my hero.

“Now that I could not go back I was not sure, after all, that I wished to go forward. It was a miserable sensation.” Anna Freeman, The Fair Fight

What I didn’t like: Too much explaining about Georgiana’s situation. Too many people given too much information and too many sworn to secrecy. It was like her story took on a life of its own. It just got bigger and bigger. It soon became the elephant in the room. I am surprised that Miss Bingley didn’t try to sniff out more information. I suppose what Darcy said to her in his office was enough to put the ‘fear of Darcy’ in her head. I certainly wouldn’t want to cross him. Her attitude changed rather quickly after that.

The ‘failure to inform’ trope was also present. That’s where Darcy fails to inform the world that Wickham is a disgusting, low-life, rat-bastard. Which leaves him loose on the landscape so he can inflict his proclivities on the unsuspecting female and mercantile populace at large. He tries to marry/seduce any female with money, runs up debts with the merchants and leaves without paying. Yea, that’s Wickham’s MO.

JG
2.0 out of 5 stars Meh
Reviewed in the United States on September 16, 2020
Verified Purchase
I don't have strong feelings one way or the other but yet I felt compelled to review. It was neither atrocious nor exceptional. An easy read but one I won't revisit. Just lukewarm, middle of the road, archetypal JAFF. It started off interestingly enough but then sort of petered out once the main objective was achieved. There was a nice snippet of conflict for ODC that I thought would give their relationship more depth but it was resolved too neatly and quickly. The fast pace gave rise to insta-feelings, which made everything ring hollow in the end, especially when any passion was abridged to the point of being nearly rated G. Less Georgiana, less Mr. Bennet, less fade to black, more ODC.
Read more
Helpful
Comment Report abuse

Carol
5.0 out of 5 stars Foiled Elopement: A Pride and Prejudice Variation
Reviewed in the United States on August 7, 2017
Verified Purchase
Excellent story of a brave Elizabeth that helps the fifteen year old Georgiana Darcy to escape a now undesirable elopement with the ever evil, wicked Wickham. Abandoned in Ramsgate by her governess under Wickham's plan, Georgiana is convinced that Wickham loves her. Once he's tricked her into a north bound coach to Scotland, his true personality emerges and she sees him for what he really is: a scoundrel wanting her thirty thousand pound dowry. Stopped at the same inn as Elizabeth Bennet, she overhears Wickham's treachery towards Georgiana and decides to help her escape her fate. She remains behind at the inn while Georgiana takes her seat in the carriage of her aunt and uncle's friends, the Muirs. The innkeeper keep her protected, but she still has risked her reputation by staying at the inn without a real companion. Wickham figures out what happened with Georgiana and returns to the inn to confront Elizabeth. Fortunately, Darcy has come to find Elizabeth and stops Wickham from hurting her further. A duel is fought over Elizabeth, causing Wickham to surrender in front of the many people who witness his shameful behavior. To save Elizabeth's reputation, Darcy marries her in Scotland. Returning to the inn, they meet her father and Jane. Traveling on to Pemberley, they meet the Bingleys and Colonel Fitzwilliam. Wickham threatens Darcy, misunderstandings over his changed demeanor towards Elizabeth causes trouble, Caroline Bingley's interference into Darcy's affairs create more problems, and Bingley and the colonel vying for Jane's attention raise tension between Elizabeth and Darcy also. Mr. Bennet befriends Georgiana and her feelings for Wickham become clearer as Mr. Bennet encourages her to get rid of all her paintings and drawings of the man that betrayed her. He keeps three of these paintings for he feels that one day, her portraits will be famous. Unbeknownst to him, when Wickham using another name tries an elopement with another young girl, these paintings will exposed his perfidy and send him on a one way voyage to Australia. Happy that Wickham can no longer intrude in his life, Darcy settles into a very loving marriage with the young lady with the very fine eyes and loving heart who saved his beloved sister.
Read more
2 people found this helpful
Helpful
Comment Report abuse

Linda C.
5.0 out of 5 stars A Different Premise
Reviewed in the United States on July 1, 2017
Verified Purchase
This was a quick read (accomplished in a few uninterrupted hours) and I wish it would have been longer. This story was so diverting....the premise of the book was so different from any of the other vagaries that have been written and we all know there have been hundreds of those. I have enjoyed many of Renata McMann's P&P variations that I couldn't resist getting this one. I am very glad I did. Definitely an enjoyable read. I purposely have not written a review divulging the plot. The publisher's review should be enough.
Read more
4 people found this helpful
Helpful
Comment Report abuse

Jules
4.0 out of 5 stars Enjoyable
Reviewed in the United States on June 19, 2017
Verified Purchase
I liked the new and interesting storyline with this book. There was enough angst to satisfy and that our dear couple found themselves together relatively early on was refreshing.
Read more
7 people found this helpful
Helpful
Comment Report abuse

Steve
5.0 out of 5 stars Enjoyable read
Reviewed in the United States on February 9, 2020
Verified Purchase
This was an awesome variation of Darcy and Elizabeth. How Elizabeth stood up for Georgina before she even knew anything about her. How Darcy stood up for Elizabeth was incredible. How they work out their marriage was intriguing. Wickham is worse and Caroline is despicable. Enjoyed how Wickham was caught. Loved this variation
Read more
One person found this helpful
Helpful
Comment Report abuse
See all reviews

Eureka
4.0 out of 5 stars Doesn't quite make it for me.
Reviewed in the United Kingdom on March 14, 2019
Verified Purchase
The plot has an interesting twist but the story line fails to fulfil the original concept. It is bitty, doesn't flow. There was a certain amount of enjoyment but I was left feeling dissatisfied.
Read more
One person found this helpful
Report abuse

AquaViola
5.0 out of 5 stars What to do with a ruined girl
Reviewed in the United Kingdom on January 22, 2019
Verified Purchase
An interesting story of what happens if Lizzy meets an unwilling Georgiana on her way to Scotland. Well worth a read.
Read more
2 people found this helpful
Report abuse
See all reviews