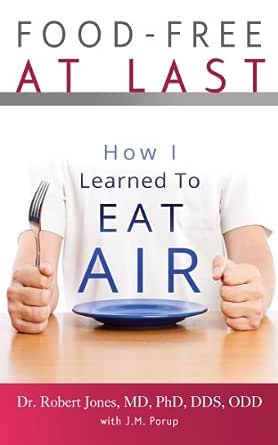 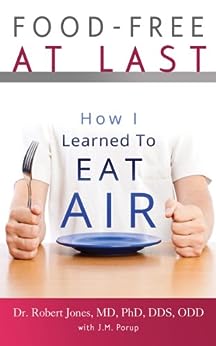 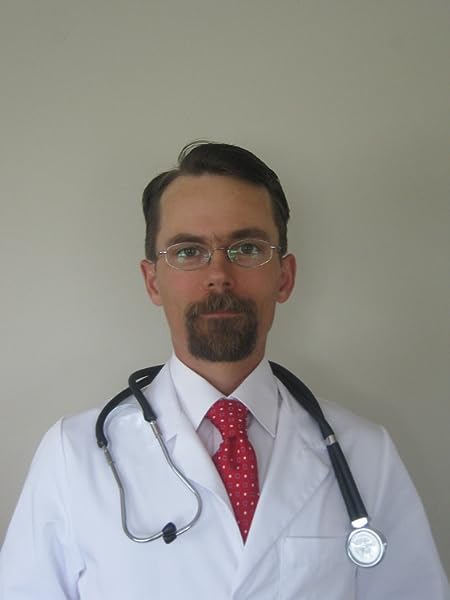 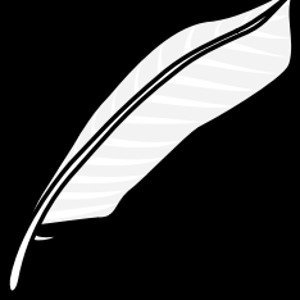 Food-Free at Last: How I Learned to Eat Air Kindle Edition

This work is licensed under a Creative Commons Attribution-NonCommercial-ShareAlike 4.0 International License (BY-NC-SA).

An acclaimed pioneer in the field ofAiritarianism, Dr. Robert Jones, MD, PhD, DDS, ODD has dedicated hislife to freeing food-eaters from slavery to addictive caloricsubstances. That's why he wrote Food-Free at Last--toexpose the truth the agro-business special interests don't want youto know. And that's why he's running for President in 2015. It'stime to put this country on a diet--the air-only diet, the only dietproven to work. It's time to cure our great nation of the ObesityEpidemic sweeping from coast to coast. It's time to end theoligarchy's influence on our political process and bring truefreedom back to America. Go the Power of Air!

2.8 out of 5 stars
2.8 out of 5
108 global ratings
How are ratings calculated?
To calculate the overall star rating and percentage breakdown by star, we don’t use a simple average. Instead, our system considers things like how recent a review is and if the reviewer bought the item on Amazon. It also analyzes reviews to verify trustworthiness.
Top reviews

Sara Salas
2.0 out of 5 stars The reviews are funnier than the book!
Reviewed in the United States on September 30, 2014
Verified Purchase
As far as I can see there are four types of reactions to this book.

1. People who realize that it's a satire and find it funny.

2. People who realize that it's a satire and aren't all that amused by it.

3. People who didn't realize it was a joke until halfway through and are now angry for being fooled.

4. People who still haven't figured out that Dr. Jones isn't a real person and that it's all a big stupid joke.

Personally, I fall in group 2. I believe this book had potential to be pretty funny, however it lack consistency in the execution, thus causing the groups 3 and 4 reactions. The first part was written in a way that was almost convincing and then suddenly goes into udder nonsense towards the end, causing many readers to not know whether to take it seriously or not.

Honestly, after reading the other reviews, I couldn't help but lmao at all the people who still believe Dr. Jones is a real person and that he believes all the stuff he is writing. I mean come on, the last part of the book is an add on (assuming it's the 33rd print of the book) talking about how he became president and how the fat camps are going. Rather than catching on to the joke, people assumed he needed mental help....... Seriously?

I have to say, the reviews were a lot funnier than the book itself. If the real author set out on this venture just to mess with gullible people, he succeeded. Most people didn't even questions the "author's" credentials. Dr. Robert Jones MD PhD DDS ODD, I'm pretty sure that ODD is a mental disorder.

For anyone who is thinking about reading this book, here is a video posted by the "author" where he basically reads half the book to you. https://www.youtube.com/watch?v=TTFFUhlu52A

If you find the video funny, you may like the book. Otherwise, you may find more entertainment in just reading the reviews. I sure did.

D. R. Goodreau
5.0 out of 5 stars Makes the South Beach Diet seem bogus by comparison!
Reviewed in the United States on July 18, 2013
Verified Purchase
Agree totally with the reviewer who stated, "I got this for free and it was worth every penny!!". After the grapefruit diet, south beach diet and the collard greens diet - I was ready for a scientific, no-nonsense approach to the problem of literal food. The really deep science behind this is incredible, perhaps even surpassing the "science" behind the psychiatric and big pharma industries. All I can say is "Wow"! Well, type "Wow" anyway - too busy enjoying a mega gourmet air meal right now to "say" anything.

This is so great, I just know that Dr. Jones had to receive stimulus money to develope it. I strongly suspect that the most brilliant people in the world are really behind this - that would be the POTUS and Mrs. Clinton. So thank you, thank you Dr. Jones, Barry and Hillary Dennis Rodman Clinton!
Read more
2 people found this helpful
Helpful
Comment Report abuse

JudyDee1
1.0 out of 5 stars Disappointment galore
Reviewed in the United States on November 26, 2018
Verified Purchase
I bought this book expecting it to be about fasting. About 2 pages in, I realized I’d been duped. Why not tell everyone upfront that it’s primarily satire on the diet industry? That would have put me in the right frame of mind. Now I just feel....cheated.
Read more
Helpful
Comment Report abuse

Scot Robertson
3.0 out of 5 stars Very interesting and Well Written
Reviewed in the United States on May 13, 2019
Verified Purchase
I feel that the concepts in this book are interesting and well thought out. I feel that the author is onto some important and society changing paradigms.
Read more
Helpful
Comment Report abuse

amashopper
5.0 out of 5 stars Great Satire for Conspiracy Theorists and Dieters Alike!
Reviewed in the United States on February 7, 2014
Verified Purchase
This was a very entertaining read. I am changing my lifestyle to include a healthy diet and have been reading a lot books and watching a lot of documentaries on the problems with the food industry. This book has given me an opportunity to laugh and contemplate at the same time!

This book takes a crazy turn that you will appreciate if you enjoy political satire.

kw
5.0 out of 5 stars Love this Book
Reviewed in the United States on July 15, 2018
Verified Purchase
Wow, so glad I bought this book. I have been wanting to find a diet that works and finally, I have found what I was looking for. I incorporated intermittent fasting with eating air on alternate days and lost 100 pounds in one week!
I am also flavoring my air to make it more palatable.
Read more
Helpful
Comment Report abuse

William Jackson
5.0 out of 5 stars Eat dirt not air
Reviewed in the United States on November 2, 2013
Verified Purchase
This book is a conspiracy. There is money and lots of it involved in the eating of air propaganda. Bottled air, like bottled water? I think not. We need to bottle dirt. I tried for 3 months to live off of eating air. It doesn't work. Dirt's the key I say. More nutrients in dirt. Worms and plants can survive. Why can't we?

Amazon Customer
5.0 out of 5 stars I really enjoyed this tongue-in-cheek fiction that has a dig at the ...
Reviewed in the United Kingdom on January 18, 2018
Verified Purchase
HUMOROUS FICTION. I really enjoyed this tongue-in-cheek fiction that has a dig at the dieting industry and powers to be in a clever story type manner. It contains a link to a free 2nd book which continues the story line but doesn't match the first books wit and isn't really worth the reading. I can't believe some of the reviews for this book and can only think that people didn't read the whole book and therefore missed the humour and obvious send up. I will admit that the sense of humour in this book is very particular to a certain personality type who enjoys sarcasm, which I admit to possessing and know that the majority of people don't share this with me. I thoroughly enjoyed this book and give it a 5 star rating but think maybe the book should be removed from the health & lifestyle sections and be listed in the novel section only as it's subtle sense of humour can be lost on some people. I, as a minority, think this makes for a very entertaining read with lots of chuckles.
Read more
One person found this helpful
Report abuse

Rob Armstrong
5.0 out of 5 stars Amazing
Reviewed in the United Kingdom on April 26, 2019
Verified Purchase
This book brightened up my day. As it takes tha mikkey out of the dieting buisness, it also is writed very seriously; as if eating air would give you nutrients!!
If you love a good laugh, buy the book.
You wont regret it!
Read more
Report abuse

Mrs S.
1.0 out of 5 stars Didn't like!
Reviewed in the United Kingdom on August 24, 2018
Verified Purchase
Sorry, didn't like this book. Whilst I did understand the humour and the principle around the concept it was not my type of book. Deleted!
Read more
Report abuse

Yasmine Stinton-Pugh
1.0 out of 5 stars Could be dangerous
Reviewed in the United Kingdom on May 26, 2018
Verified Purchase
I don't think this book is meant to be taken seriously and could potentially be very dangerous.
Read more
Report abuse
See all reviews