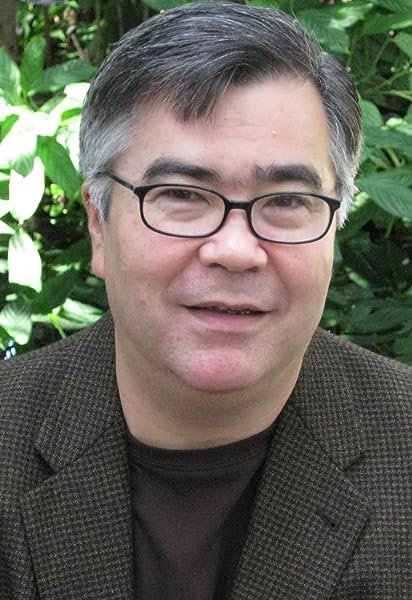 David Denby, New Yorker
“Those of us who avoid junk food, with many sighs of relief and self-approval, may still be eating junk a good deal of the time. This enraging fact, which will not surprise anyone who has read such muckraking books as Eric Schlosser’s “Fast Food Nation” (2001) and Michael Pollan’s “The Omnivore’s Dilemma” (2006), is one of the discomforting meanings of the powerful new documentary “Food, Inc.,” an angry blast of disgust aimed at the American food industry.”

The American Conservative
“If you care about what you’re eating, you should see the new documentary Food Inc.”

Takepart.com
“Most of you have probably heard about Food, Inc., the movie, but did you also know there’s a companion book to the film? The book explores the challenges raised by the movie in fascinating depth through 13 essays, most of them written especially for this book, and many by experts featured in the film. Highlights include chapters by Michael Pollan (Omnivore’s Dilemma and In Defense of Food), Anna Lappe (Hope’s Edge and Grub), Eric Schlosser (Fast Food Nation and film co-producer), Robert Kenner (film director), and a chapter on asking the right questions from Sustainable Table! The book is so popular it’s already in its fourth printing.”

Karl Weber is a writer and editor based in New York. He collaborated with Muhammad Yunus on his bestseller Creating a World Without Poverty, edited The Best of I. F. Stone, and, with Andrew W. Savitz, co-authored The Triple Bottom Line: How Today’s Best-Run Companies Are Achieving Economic, Social, and Environmental Success—And How You Can Too.

Start reading Food Inc. on your Kindle in under a minute.

4.4 out of 5 stars
4.4 out of 5
150 customer ratings
How does Amazon calculate star ratings?
Amazon calculates a product’s star ratings based on a machine learned model instead of a raw data average. The model takes into account factors including the age of a rating, whether the ratings are from verified purchasers, and factors that establish reviewer trustworthiness.
Top Reviews

K. Burns
2.0 out of 5 stars More Soapbox than Substance
Reviewed in the United States on March 7, 2012
Verified Purchase
I went into this book knowing what I believed to be meager snippets of information about the Food Industry. I finished this book with little more information than what I already knew, which as I said, was meager. Honestly, I'm quite disappointed.

I could tell by Part One opening with Eric Schlosser, Rolling Stone, a little left of center, that the book I was reading was going to be more political than informative. Parts One and Two were Soapbox Letters with tidbits of meaty information. By midway Part Two until the end of the book, which is the bulk of the book, don't expect any in-depth descriptions about Corporate food, organics, GMOs, animal welfare, hormones, cancer, etc. The book takes a sharp bend to Climate Change and maintains that bend for the remainder.

The only author that I felt any simpatico towards was Joel Salatin in Part Three, Chapter Ten. I did a little further research on him and he describes himself as a "Christian-libertarian-environmentalist-capitalist-lunatic-Farmer", which helped me understand my liking him. I didn't feel like he was preaching or taking the route of the victim. His approach was very proactive and liberating.

In the end, there isn't any information in this book that I will refer to in the future. I won't have a discussion with a Monsanto cheerleader and say "Well in 'Food Inc.' I know Monsanto does x,y, or z." What I knew about Monsanto pre-Food Inc is what I know about Monsanto post-Food Inc. What I know about GMOs, organics, animal welfare, etc is all the same. What I did learn is that I am a Christian Libertarian Capitalist who is concerned with the environment (to a degree, not in worship) and furthermore concerned with the chemicals that I place in my childrens' bodies. I am concerned with my family's food sovereignty. I am concerned that Corporations, like Monsanto, are legally maneuvering themselves to take away that sovereignty. I also learned that I am in company with a lot of people that I disagree with politically. I am concerned that their approach is in fact sabotaging food sovereignty. So, for the readers out there, if you're far left of center, this will probably be an enjoyable yet uninformative read. If you're anywhere else on the political spectrum this will be an incredibly boring and uninformative read.

Kenny of LA
5.0 out of 5 stars A Flawed Yet Very Informative Book
Reviewed in the United States on September 27, 2011
Verified Purchase
Its rare that I learn as much about a subject as I have from Food, Inc. Accordingly, even though this is far from a perfect book, I give it my highest rating.

The "book" is actually a series of essays written by a selection of very knowledgeable persons and groups, detailing the adverse effects of the industrialization of the food industry. Each of the articles takes a slightly different tact, but collectively, they comprise a very effective attack on the large, multinational food and farming corporations and the governmental agencies which are supposed to be regulating them. The book describes their decimation of the environment, the adverse effects of their practices on the health of our citizenry (obesity and the effect of the pervasive use of pesticides, hormones and antibiotics), the harm their activities cause to the economies of the poorest of the third world nations (and the resulting increase in malnutrition and starvation), and their shameful disregard for even the most basic welfare of the animals that grace our dinner plates.

On the negative side, many of the essays are duplicative, and others are obvious and repetitive. Additionally, the editors who selected the writings don't even make a pretense of subjectivity. Notwithstanding these negatives, the book nonetheless very powerfully and effectively argues that when it comes to farming, agriculture, and other aspects of the food business, the old ways are most certainly the best.

Jimmy Moore from Livin' La Vida Low-Carb
5.0 out of 5 stars It's Time To Redefine What Food Is In America
Reviewed in the United States on December 18, 2011
Verified Purchase
Watching Food, Inc. was a life-changing experience for so many of us who are committed to the idea of living a healthy lifestyle centered around consuming real, whole foods that are preferably sourced locally where we live and without all the modern-day industrialized practices that dominate much of what is called "food" in the United States in the 21st Century. This powerful documentary shone a great light on problems like factory farming while extolling the virtues of choosing more organic vegetables and grass-fed meats for optimal health and longevity. It's a deep subject that warranted even further discussion which is why FOOD INC.: A PARTICIPANT GUIDE was created. Featuring many of the major players from the film--namely Eric Schlosser, Michael Pollan, Marion Nestle, Joel Salatin, and more--this book includes some poignant essays designed to make you think about how Americans typically buy what they think is "food" and what REAL food looks like by stark contrast. It's funny, our grandparents from just a couple of generations ago didn't have to call what they ate "real food"...they simply called it "food." It's time we return to those days again and books like this one along with the companion DVD Food Inc.: A Participant Guide: How Industrial Food is Making Us Sicker, Fatter, and Poorer-And What You Can Do About It will help make that happen.
Read more
2 people found this helpful
Helpful
Comment Report abuse
See all reviews from the United States

Angie P
5.0 out of 5 stars Informative, a great read.
Reviewed in Canada on June 22, 2015
Verified Purchase
I loved the movie, and having reading to augment the information was fantastic. Not every article was relevant to me, but I really enjoyed the vast majority of them. I would highly recommend the read if you are interested in food.
Read more
Helpful
Sending feedback...
Thank you for your feedback.
Sorry, we failed to record your vote. Please try again
Report abuse

J. Gomes
4.0 out of 5 stars Corporate Food
Reviewed in Germany on May 28, 2012
Verified Purchase
An eye opener to an industry allowed to do what it wants to sell you whatever it takes to get you to give over your cash. A lobby with more power than you can imagine. And naturally politicians willing to do anything for "their" constituents. Good read if maybe a bit repetitious pertaining to the pervasiveness of the industry in pulling the wool over the average Dick and Jane.
Read more
Helpful
Sending feedback...
Thank you for your feedback.
Sorry, we failed to record your vote. Please try again
Report abuse

Coleen Damon
3.0 out of 5 stars Three Stars
Reviewed in Canada on May 11, 2015
Verified Purchase
aware of most of the things written but good to see it in print
Read more
Helpful
Sending feedback...
Thank you for your feedback.
Sorry, we failed to record your vote. Please try again
Report abuse

Mr. N. Moffatt
3.0 out of 5 stars It starts well
Reviewed in the United Kingdom on November 16, 2009
Verified Purchase
I was thrilled with this book during the first 2 or 3 chapters. They were powerfully and accesibly written.

Subsequent chapters disappointed, and were more a means for the airing of very specific and narrow concerns. They were too detailed and confined in their scope, and were more a critique of industry practices, rather than having a direct bearing on the food we eat.

Page 1 of 1 Start overPage 1 of 1
This shopping feature will continue to load items when the Enter key is pressed. In order to navigate out of this carousel please use your heading shortcut key to navigate to the next or previous heading.
Back
Next
Pages with related products. See and discover other items: food industry, workout guide, science of food