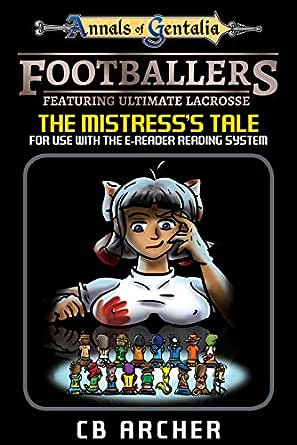 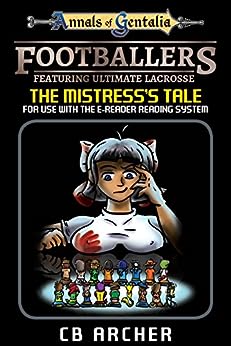 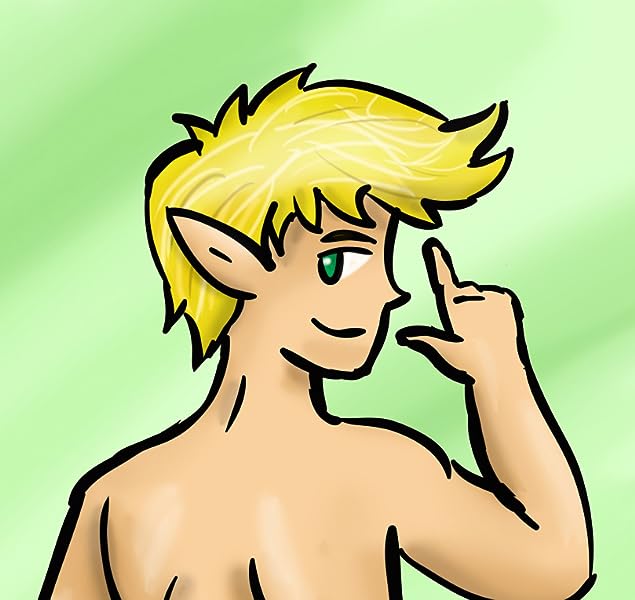 C. McMullen
5.0 out of 5 stars A Tale as classy as Judy
Reviewed in the United States on October 23, 2018
Verified Purchase
Seeing as this is the super secret last Tale, I'm quite sad to see an end to this particular romp, but as far as endings go, you couldn't ask for a better romp than this. Everyone's favorite and least favorite protagonists are back for the ultimate battle to the death! Or something like that. In any event, this may be the sexiest, campiest, most Mistressful tale as of yet and you should check it out seriously, where else are you going to read about the tension filled rivalry between historically accurate clockwork falcons and mathematicians?
Read more
Helpful
Comment Report abuse

E.P. Clark
VINE VOICE
5.0 out of 5 stars Ridiculously Silly Meets Insanely Kinky
Reviewed in the United States on May 23, 2018
"Footballers: Featuring Ultimate Lacrosse" is, and I mean this in the nicest possible way, one of the silliest things I've read all year. The only thing that even comes close to it for silliness are the other stories in the same series. Seriously. They're all so silly they go right through silliness and out the other side, to some kind of surreal Zen state where silly and non-silly collapse into a single, transcendent union.

Of course, if you've been following the Tales of Gentalia, this should come as no surprise. Against a backdrop of tediously bland genre fiction, the Tales (and their book-length sequels, the Annals) are exuberantly, even blindingly, goofy, going places no other series dares to go. Where else, I ask, are you going to read about hot same-sex love between a gamer and his jello game elf? Nowhere, that's where. And that's just the tip of the...iceberg.

Which is to say that "Footballers" is in no way appropriate for the prudish or even the relentlessly vanilla. Luckily, you're unlikely to read it unless you've already read at least some of the previous Tales. If you're just coming to the series now and you're curious, start with the earlier Tales first, both because you'll want to be warmed up for some of the action here, and because "Footballers" resolves the various story threads of the entire prequel series (the Tales are prequels to the Annals), so it won't make any sense unless you start somewhere closer to the beginning. Of course, you could, like the characters, just jump right in and hope for the best. After all, just like them, you can always leave--but like them, you probably won't want to.
Read more
Helpful
Comment Report abuse
See all reviews