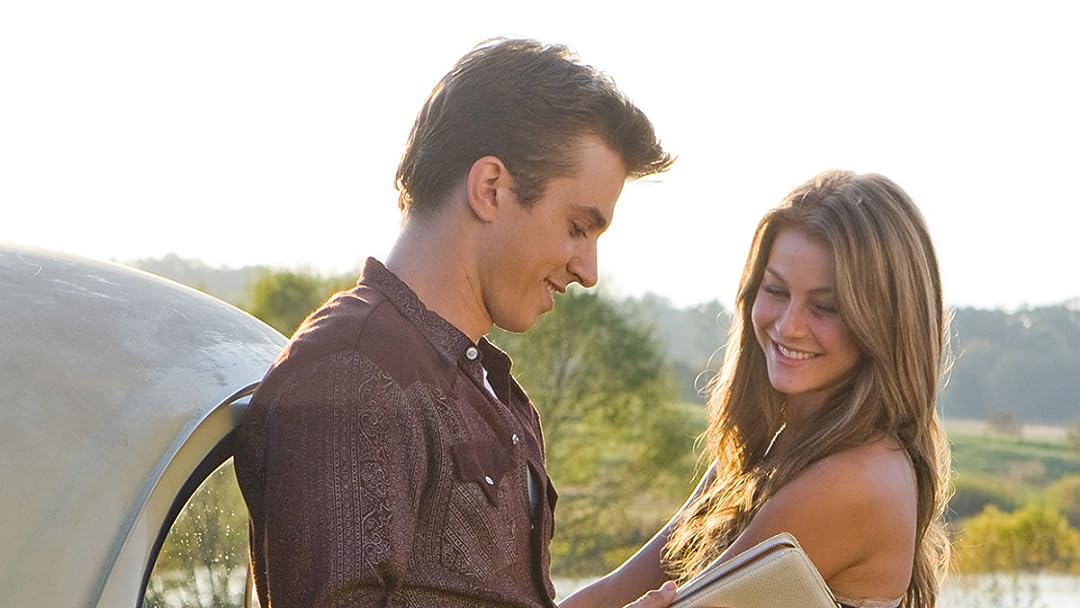 (6,370)
5.81 h 53 min2011X-RayPG-13
Teenager Ren McCormack moves to a small town whose fundamentalist preacher has banned dancing and rock music. In this remake of the 80s classic, Ren inspires the preacher’s daughter and others to challenge the town’s repressive bans and hold a senior prom.

David HolubetzReviewed in the United States on August 15, 2022
3.0 out of 5 stars
Warning - not the original
Verified purchase
So this is not Footloose, this is a remake of Footloose. But it's called Footloose, which is pretty confusing. Nowhere does it say that it is not the original Footloose. So imagine my surprise when I pushed play and the Footloose song came on and kids were dancing, but then the kid shows up in Bomount and it's not Kevin Bacon.

Yes I see now that the date of the film is 2011, but lots of movies show up with different dates depending on the 'edition'. Anyway if you are looking for Footloose, this is not it, despite the same name.

It's not a bad movie all in all, so I'm not recommending against buying it. I got the Blu Ray and the picture and sound are both good. They've remade the soundtrack but used the original songs with new singers - I think it actually works pretty well.

Having said that, the soundtrack has a lot of country and rap type music, which prob appeals to kids younger than me (I'm old and set in my ways). Some of it was ok and some of it was gangster / club.

My biggest gripe about the movie, forgetting for a minute my comments above, is that the 'kids' all look like they are mid twenties at the youngest. There is no kid in the movie that looks like they are actually in high school. I did not find the actors very likable, but that's just me and not a real critique of the movie.

Ending on a positive note, there were some cute little kids in the movie and they have a particularly sweet song and dance scene that warmed my heart.

Chasity HartleyReviewed in the United States on September 21, 2022
5.0 out of 5 stars
Great movie
Verified purchase
Love watching this movie.

Tippy1Reviewed in the United States on August 11, 2022
5.0 out of 5 stars
Great remake! Miles Teller is adorable
Verified purchase
Such a great remake. Stayed true to the original. Great soundtrack. One of Miles Teller’s first films, he was adorable then before Top Gun made him a hunk!

Sophie AinsworthReviewed in the United States on August 5, 2022
5.0 out of 5 stars
Great remake!
Verified purchase
Great flick! Surprised considering it's a remake. Worth watching.

DeisyReviewed in the United States on July 30, 2022
5.0 out of 5 stars
Cool
Verified purchase
Cool

Cameron C.Reviewed in the United States on August 8, 2022
3.0 out of 5 stars
It's not the original, but it captures the spirit
Verified purchase
The notion of a town banning dancing is even more ludicrous in the modern era than it was back in the 80s, but if you can suspend disbelief in that regard (as well as accepting that the limit of teen rebelliousness in the town is holding large dance numbers where everyone is an expert dancer and choreographer) then you may be able to appreciate the fun. The soundtrack and visual imagery does a decent job of calling back to the 80s while integrating more modern music and themes.

Jay LaneReviewed in the United States on February 6, 2012
4.0 out of 5 stars
Don't Hate Me, Kevin Bacon
Verified purchase
Did you see the 1984 original? If so, you will recall that this film launched Kevin Bacon's career. Now let's see if this sweet-spirited version (which duplicates many of the original scenes verbatim!) will do the same for our new Ren McCormack. Based on the DVD available from Amazon, I think it might.

* Kenny Wormald ("Center Stage: Turn It Up") is Ren, who, after his mother died, was transplanted from Boston to this podunk town out in the hinterlands of Texas, where his love of dancing hits a stone wall. Wormald is a former backup dancer for Justin Timberlake, who recommended him for this role. Good call, Justin!
* Dennis Quaid ("Vantage Point") is Reverend Moore, the grieving minister who had a town ordinance passed that outlawed dancing three years ago after five teenagers were killed, including his boy.
* Julianne Hough ("Dancing With the Stars") is Ariel, the minister's daughter, rebellious and in pain because her father's sole focus is on his dead son and not on his living daughter.
* Andie MacDowell ("Groundhog Day") is Vi, the minister's wife. Her job is to referee the battles between her husband and their daughter and to provide another point of view when it's needed ...which is fairly often.
* Ray McKinnon ("The Blind Side") surprised me as Ren's Uncle Wes, because this gawky hick turned out to be fair, supportive and wise. I'm always shocked when I have to revise my expectations of a character that are based on a few prejudices of my own.
* Miles Teller is a revelation! That sad, bewildered teenager from "Rabbit Hole" is the guy Ren and his nieces teach to dance. He's funny and (eventually) he really dances in a highly entertaining montage; I always like to watch someone master a new skill.

Of course you have the usual coterie of chums and high-school faculty, plus members of that well-meaning town council, so there are many capable actors who get to strut their stuff. The line dancing is enjoyable, but the grudge race using school buses left me cold.

I'm glad the film starts with that horrific wreck, it's a great illustration of the hazards of drinking and driving! I appreciate the clean-shaven look of the principal players - only the bad guys are scruffy. This version, like the first, does NOT devolve into an anti-religious screed, but instead respects the convictions of the principals, e.g., Ren uses the Old Testament in his petition to the city council.

This film is PG-13, so you'll hear a smattering of profanity and see the promise of nudity, but not the real thing. No gunshots or blowie uppie stuff, but you DO see what a reckless wench Ariel has become. Don't hate me Kevin Bacon, but given the athleticism of today's dancers, I like this one better than yours.
9 people found this helpful

Amazon CustomerReviewed in the United States on August 5, 2022
3.0 out of 5 stars
A rural town in Texas does not allow teenagers to have a Prom.
Verified purchase
A new senior in the school from Boston, decides to take matters into his own hands. The country line dancing scenes are terrific! However, the town is stuck in a 1950 mentality.
See all reviews
Back to top
Get to Know Us
Make Money with Us
Amazon Payment Products
Let Us Help You
EnglishChoose a language for shopping. United StatesChoose a country/region for shopping.
© 1996-2022, Amazon.com, Inc. or its affiliates