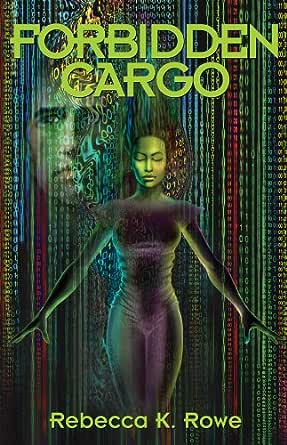 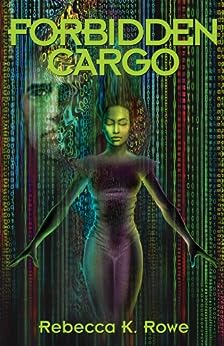 Adult/High School–This novel blends high-concept sci-fi storytelling with flashy visual descriptions and action-packed sequences. In 2110, Xerkler, the inventor of a complex machine that grants access to all human knowledge, finds himself pulled into the service of a government council to prove the existence of the Imagofas, a race of advanced humans developed through illegal genetic experimentation. But Xerkler already knows of their existence, and he sees them as the next step in the evolution of humankind. What follows is a politically charged thriller that careens across Earth, Mars, and the nebulous world of cyberspace. Rowe's inclusion of Eastern philosophy, mostly through the enlightenment-seeking character named MAMintelligence, works as a thoughtful and interesting thread, but it may not be sufficiently explained for readers not familiar with the very casual references. The beginning of the novel is slow as Rowe explains the background of the large cast of characters, but the material is well worth digging through. Once readers get beyond the book's first third–a challenge that dedicated sci-fi fans will take on–the novel transforms into a fun and illuminating read.–Matthew L. Moffett, Ford's Theatre Society, Washington, DC
Copyright © Reed Business Information, a division of Reed Elsevier Inc. All rights reserved. --This text refers to an out of print or unavailable edition of this title.

In a future in which the MAM (molecular advantage machine) makes possible the virtuality of Novus Orbis and the sum of human experience can be found if one knows how to look, genetic engineering is illegal. Some believe it will be necessary, however, among them Creid Xerkler, one of the MAM's creators. A group of Xerkler's peers have created, in a secret project on Mars, the Imagofas, a blend of human and machine capable of immersing in virtuality without intermediary tools. Government agents determined to destroy a "dangerous aberration" kidnap two Imagofas. The Council and the Order, major powers in this future world, fight over the Imagofas' fate, forgetting entirely the humanity of their quarry. There are those on the Imagofas' side, however, including Xerkler, a gamer called the Cadet, and another of Creid's creations, Prometheus, the spirit in the MAM. Rowe's promising debut subjects some pretty standard issues of the junctures between human and machine to a thriller's pacing and, with only a few bumps along the way, sees them entertainingly through. Regina Schroeder
Copyright © American Library Association. All rights reserved --This text refers to an out of print or unavailable edition of this title.

Rebecca K. Rowe's first novel fuses Eastern philosophy and social commentary with an edgy sci-fi plot reminiscent of Neal Stephenson's Snow Crash. The plot of Forbidden Cargo drags a bit through the first third, though dedicated SF readers who stick with it will be rewarded with rich backdrops, an intelligent exploration of some weighty issues, and, perhaps most important, well-written action sequences and interesting supporting characters. For the most part, the author avoids the pitfalls of the novice in a genre where seams are easily exposed and success often follows word-of-mouth recommendations. Consensus suggests that Rowe's imagination and style will serve her well in future efforts.

Copyright © 2004 Phillips & Nelson Media, Inc. --This text refers to an out of print or unavailable edition of this title.

“Forbidden Cargo hits the future running at full speed and never glances back...." - Edward Bryant --This text refers to an out of print or unavailable edition of this title.

Growing up on Mars hasn’t been easy. But it is the only life Sashimu has ever known. Inside the safety of their Martian complex, Sashimu and her friends excel at their studies and are looking forward to graduation. It is life as usual in 2110 – but, unknown to Sashimu and the other Imagofas, it is a forbidden life!

To speed up human evolution, the Order had covertly engineered a new generation of human Nano-DNA beings and dubbed them the Imagofas. Created against the government’s dictates, the government wants proof of the Order’s illegal activity. Two of the Imagofas, Sashimu and her best friend Thesni, are kidnapped and brought back to Earth to stand before a tribunal as evidence of the Order's atrocities against humanity.

But, during the trip from Mars to Earth, something goes horribly wrong and the kidnapped Imagofas are forced to become fugitives. Separated from each other, Sashimu and Thesni desperately seek the help of strangers to escape Earth’s hostile environment.

Along the way they enlist the help of a hard-core gamer known only as the Cadet and befriend the renegade artificial intelligence code-named Prometheus.

The Imagofas will risk everything to escape Earth for Mars. They are, after all, wanted by the government and by the Order — DEAD OR ALIVE! --This text refers to an out of print or unavailable edition of this title.

Rebecca K. Rowe is a freelance writer, published author and member of the National Space Society and The Mars Society. She has M.A.'s in Journalism and International Relations. Her short work / poetry has been published in Polyphony, Ascent Magazine, and Sol Magazine. Rebecca is a graduate of the Clarion Science Fiction and Fantasy Writers' Workshop (Nina Kiriki Hoffman, Suzy McKee Charnas, Nancy Kress, Andy Duncan, Kelly Link, Gordon Van Gelder, and Jeff Ford).

4.8 out of 5 stars
4.8 out of 5
3 customer ratings
How does Amazon calculate star ratings?
Amazon calculates a product’s star ratings based on a machine learned model instead of a raw data average. The model takes into account factors including the age of a rating, whether the ratings are from verified purchasers, and factors that establish reviewer trustworthiness.
Top Reviews

mtmanner
5.0 out of 5 stars Should be made into a movie!
Reviewed in the United States on August 3, 2006
Verified Purchase
FORBIDDEN CARGO has it all. Stretching us around the corner of our neurons for a glimpse into the future. Action. Intrigue. Philosophical examination of what it means to be human. Exploration of ethical issues. Good hard fun! A clean read. When it comes out on the big screen -- and it should! -- you'll want to have read it and be able to say that you knew it would be a major motion picture hit. ~ Craig Yager, Former IB Coordinator, Whittier International School
Read more
7 people found this helpful
Helpful
Comment Report abuse

Kindle Customer
5.0 out of 5 stars Excellent Read
Reviewed in the United States on August 14, 2018
Verified Purchase
This was an excellent read, paced well with thought provoking themes and scenarios. Id like to see more from this author.
Read more
Helpful
Comment Report abuse

J. Bell
4.0 out of 5 stars Great Pace
Reviewed in the United States on August 13, 2006
Hard to believe this is a first novel. Rowe's pacing in "Forbidden Cargo" pushes the reader through the story without dropping a beat. It is a 'whodunit' mystery, a crime story, a comment on social structure and 'government machinations' at every level, yet it is by no means a pondersome read. The story is well told and enveloping.

I have always been fond of stories with strong female characters. The mix of strength of character and naivete in Rowe's two primary characters is refreshing. The author seamlessly integrates artificial intelligence with humanity, and blurs the line between the two.

This book is plausible and believable, but more importantly, the story is *told well*. Kudos to the author for a smashing debut.