$25.46
+ Free Shipping
Sold by: Book Surplus
Have one to sell?
Sell on Amazon 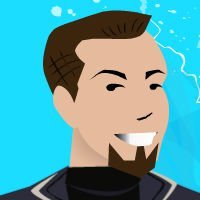 B. Arnesen
4.0 out of 5 stars A very intriguing setting
Reviewed in the United States on March 27, 2006
At first I only had this product in PDF form, and I now have the print version. Now that you have that perspective, I can begin the review.

I applaud Hyrum for making a Modern/Pulp setting based off of D&D. Not that there's anything wrong with d20 Modern, per se, I just feel that basing it off D&D is better for this particular setting.

Psionics: As a long time role player, I have seen several versions of psionic mechanics ranging from the AD&D2E Psionics handbook, to the skills and feats method presented here. I like the idea of being able to improve on abilities with some effort, and thus I'd have to say that FK's treatment of psionics is thus-far my favorite for a D&D-rooted setting. Especially the Advanced Psionic Skills section, where you need to meet prerequisites before you can even purchase the skill.

Hero Points: they serve a similar function to Action Points in d20 Modern, though the effect is different. I do like they advantage they give if you don't feel the need to spend them in a given level, and I like that they "reset" at each level. IMO that is one flaw of Action Points in d20 Modern, if they are not spent, or minimally spent, they continue to grow arbitrarily high. I've never been a fan of "sitting numbers".

Martial Arts: The idea of Martial Arts as a skills and feats system is not something new to me. I have seen it used to good effect in both volumes of Blood & Fist, as well as in Oriental Adventures.

Firearms Rules: Now here's something I really like. Build your gun, from the ground up. Added mechanics that I think really improve this section are: Accuracy, Penetration, and Recoil. Guns should be a bit better at accuracy than archaic ranged weapons. Since armor grants a Protection - it's like Damage Reduction - and reduces defense in Forbidden Kingdoms, this acts as an "armor piercing" rating for determining damage once your round(s) hit. Recoil . . . yeah, guns give you feedback. The more feedback you get, the lower the accuracy modifier. Sure, they only give you two example guns in this section, but with all the creation rules, it's more than enough. I especially liked the Showdown rules. Additional firearms statistics are given in the Equipment chapter.

Weird Science: Mostly useful for Steampunk and Tesla Time, although if you work outside the suggested timeline, there's no reason you couldn't create a character similar to Doc Brown from Back to the Future. An example item and weapon or two would have been a nice addition.

Aside from a few editing problems, the only other thing that detracts from this work is what seems like edition confusion. On the lists of class skills, some are based in D&D 3.0, others in D&D 3.5, and still others have both, giving this an "edition 3.25" feel.

For the printed format, I must say that I like the shape and size of the book. Having gaming books take up most of your section of the table has been a hassle in the past.

C. Bedford Crenshaw
4.0 out of 5 stars Would have been a 5, save for all the editting problems.
Reviewed in the United States on October 22, 2002
I would have never picked up this book, save that I won it at the 2002 GEN CON "Jenn Khan" contest.
Yes, it's 40 dollars, but I must highly recommend it once they make a revised edition.
8 new character classes are presented, and none are weak. It even includes two classes that use psionics; a psionic system far superior to the one that TSR published. The new prestige class are also wonderful. And the new skills would push this book up to 6 stars, especially with the stats fpor early 1900's cars and weapons.
Sadly, I could only rate this a 4, simply to the ABSOLUTELY SLOPPY editing. WHoever edited this thing should be burned in effigy. Many class description are worded purely. (One entire class does not have its benefits described; just the titles.) Numerous references to "page xx" were left in.
Still, I am looking forward to more stuff printed in this series. They just need to cut back on the price and get a new editor, stat.
Read more
8 people found this helpful
Helpful
Report abuse

T. Birkeland
4.0 out of 5 stars Great basis for pulp adventures, albeit some quirks
Reviewed in the United States on August 22, 2004
First things first: The FK-book comes in a nice and handy format with high quality illustrations. I wish other publishers would consider the same format. It is an easier read in the comfy chair, and does not take up the entire gaming table.

The chapters on the steam-punk and nazi-thug ages are most entertaining, setting the scenery and delivering some good points of inspiration. Unfortunately, as is so often the case with new and daring RPGs, there is a lack of ready-for-use adventures. Some stating adventures would be nice, especially since such are hard to find and otherwise would require a lot of GM-work. A user-friendly chapter with NPC-templates, locations and artifacts, similar to the D20 Modern Menace Manual would be a nice addition. Maybe even a time-line? The Cthulhu 3rd edition is a good example of an RPG with a lot of extra material for setting the stage.

The book contains all I would ever need on firearms, psionics and martial arts. Good. The weird science chapter could do with some examples ready for use in play, like war-of-the-worlds tripods, ray-weapons and rocket-packs...

The character classes are well done, and the dividing of hit-points into stamina and wound points is smartly done as well. The game clearly stresses simplicity, but inadverdently seems to appease the more reality-seeking gamers bent on detail and rules. The rules for auto-chases are much to burdensome in my opinion. Perfect for Car Wars but not for storytelling, counting reaction time seconds and rounds...

And, yes... Unfortunately the editing is sloppy. For instance: Some page references are simply "XX".

All in all: FK makes a good impression! It has some minor faults, but gives me a good basis for pulp adventuring. It is a book to build on. A revision would be nice, so long as the handy size and quality binding is kept in place. Far too many RPG books fall apart at the seems after a few flicks.
Read more
5 people found this helpful
Helpful
Report abuse
See all reviews