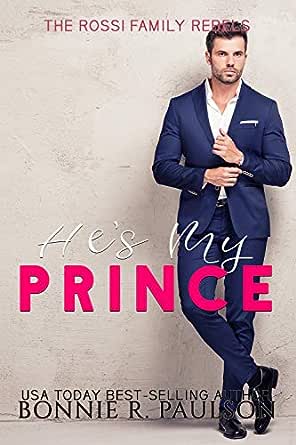 You've subscribed to A Sweet Seattle Mafia Romance! We will preorder your items within 24 hours of when they become available. When new books are released, we'll charge your default payment method for the lowest price available during the pre-order period.
Update your device or payment method, cancel individual pre-orders or your subscription at
Your Memberships & Subscriptions
There was an error. We were unable to process your subscription due to an error. Please refresh and try again. 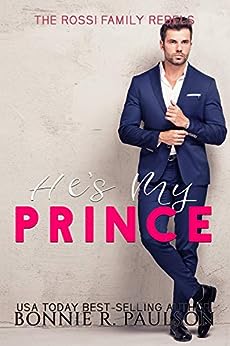 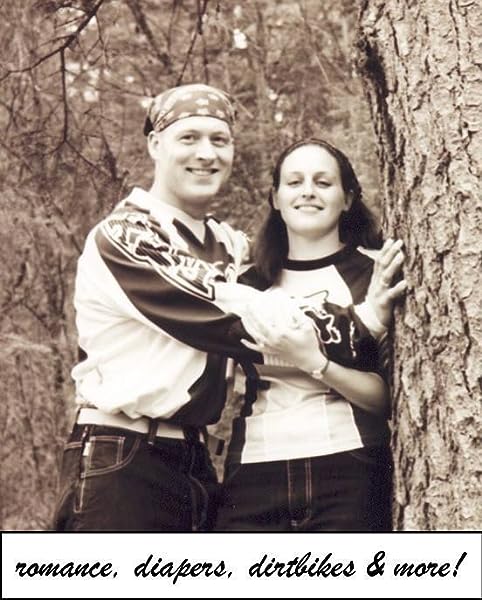 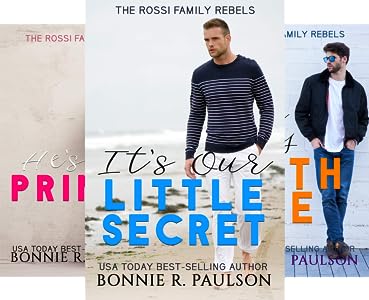 Kindle Customer
5.0 out of 5 stars Wonderful
Reviewed in the United States on April 28, 2019
Verified Purchase
I loved this book. Both books in the series have definitely been different than I thought they would be. The characters are amazing and endearing. The storyline is great. I can't wait to read the next book.
Read more
Helpful
Comment Report abuse

AMF
5.0 out of 5 stars Do an FBI agent and a Mafia Underboss really have a chance at a HEA with each other?!!
Reviewed in the United States on April 15, 2019
I absolutely love this new series by Bonnie Paulson! Sophia and Angelo have so much stacked against them and I really did not see how it could possibly all work out for them to get their Happy Ever After. Sophia is an FBI agent who has been working with her father and his team for over a year to compile as much evidence as possible in order to take down the Rossi and Capone Seattle Mafia Familys. Up to this point Sophia has not had to actually interact with the Rossi Family Underboss, Angelo Rossi, who is being groomed to takeover as Dom when his father steps down. When Sophia and Angelo meet for the first time the attraction is instantly mutual but Sophia is undercover and playing a part as the head of an illegal international corporation wanting to do business with the powerful Rossi Family. As the FBI close in on successfully completing their objective Sophia must decide where her loyalties lie. Is it with her father whose approval she has been looking for her entire life? Or is it with Angelo, the man she has fallen in love with? Surely there is no way she can possibly figure out a way to complete the FBI operation and still keep Angelo and the Rossi and Capone families out of jail, can she? A twist I did not see coming!

Stephenie, the second Rossi daughter gets her story next and it sounds like it is going to be even more exciting and complex than the first two stories have been. I can't wait and am eagerly looking forward to it!

Susan L Shearer
4.0 out of 5 stars Fun with the prince
Reviewed in the United States on June 20, 2020
Angelo is the prince of the biggest mafia family in Little Italy but when he unknowingly meets an undercover FBI agent trying to impress her father sparks start to fly in The Forbidden Prince by Bonnie R. Paulson. Angelo does what The Rossi (his father) says because he is the head of the family, but he has his own way of doing things and a tendency to get into trouble with the ladies. When he meets Sofia life for them both become an adventure that neither will forget. Forbidden to get involved with Sofia by The Rossi, Angelo becomes attracted to the beautiful fake boss of the Thompson Corporation. The attraction is mutual but forbidden. What happens when two hearts become involved when only business should be? Will Angelo and Sofia defy their father? What happens to the families? Well….
Read more
Helpful
Comment Report abuse

Ruggrat
5.0 out of 5 stars Sophia and Angelo!
Reviewed in the United States on April 25, 2019
Sophia is a FBI agent who is desperate for her father’s approval even if that means going undercover within the Rossi Family and getting close to the heir apparent Angelo.

From the moment that Angelo and Sophia meet the chemistry between them is intense but as they spend time together feelings develop. If Sophia has to choose between love and loyalty what will choose?

I really enjoyed this story and look forward to more books in this series. I voluntarily reviewed an Advance Reader Copy of this book.
Read more
Helpful
Comment Report abuse

Judith Tulloch
5.0 out of 5 stars A Price of a mafia family and the daughter of an FBI agent...can they have a HEA?
Reviewed in the United States on April 15, 2019
Another great addition to this new series! This is Angelo Rossi and Sofia Thompson’s story. Angelo is the Prince of the biggest mafia family on the west coast. Sophia is the daughter of an FBI agent whose father asked her to go undercover. Two enemies whose story with all the twist and turns and Sophia’s surprise at the end, makes for a story well worth reading. I HIGHLY RECOMMEND IT!
I was given a review copy and I voluntarily wrote this review.
Read more
Helpful
Comment Report abuse

razee
5.0 out of 5 stars The Forbidden Prince
Reviewed in the United States on April 15, 2019
The Forbidden Prince by Bonnie R. Paulson. Sophia Thompson, the daughter of an FBI agent, has spent her life trying to prove herself to her father. She is now undercover as being in charge of the Thompson Corporation. A deal has been in the works between them and Angelo’s father known as “the Rossi” for a year. Angelo has been tasks by his father to see that they get this contract but also to stay away from Sofia other than business. A great read.
Read more
Helpful
Comment Report abuse

Bernadette Cinkoske
5.0 out of 5 stars Can an FBI agent & a crime boss have an HEA?
Reviewed in the United States on April 20, 2019
The Forbidden Prince grabbed my attention on page one and refused to be put down! This is a fast paced story with Sofia, an FBI agent, undercover to score a deal with a west coast mafia family. Angelo is the heir apparent to the Rossi family. There are so many twists and turns since Angelo and Sofia are attracted to each other. How can they possibly get a happy ending? You will have to read the book to discover how this all plays out.
Read more
Helpful
Comment Report abuse

Oscar
5.0 out of 5 stars Loved it
Reviewed in the United States on April 17, 2019
This is the sort of story that would be easier to write in a steamier version, keeping it tamer makes it more complex to maintain interest in the plot and characters. Ms Paulson pulls it off in style and with a lot of elegance and class. I loved this story and the characters, this one is an emotional roller coaster of a read that kept me hooked from start to finish. I received an ARC of this book and chose to leave a review.
Read more
Helpful
Comment Report abuse
See all reviews