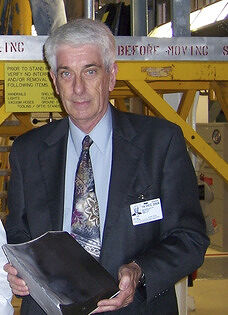 by Jacques Vallee (Author)
4.7 out of 5 stars 46 ratings
Book 3 of 4: Forbidden Science
See all formats and editions
Sorry, there was a problem loading this page. Try again.

REMEMBERING IS THE DUTY OF THOSE WHO LIVE IN EXCEPTIONAL TIMES

The 1980s were a pivotal time in the development of venture capital that led to great innovations throughout the world. As recounted in this third volume of journals, Jacques Vallee found his passion in this world, while he witnessed with concern the increasing manipulation and disinformation that discouraged rational research into ufology. But he persisted in his first-hand UFO investigations in the US, Europe, and South America, and here strips from the historical record the secrecy behind which research into the paranormal was being conducted.

"When I first read Jacques Vallee, I knew immediately that I had found a writer who had something important to teach us about the history of Western esotericism, about the truths of traditional folklore, about the mysterious attraction of modern science fiction, and about the reality of paranormal phenomena." -- Professor Jeffrey Kripal, Rice University

"After Jacques Vallee, you will never again think the same way about UFOs" -- Utne Reader

JACQUES VALLEE holds a master's degree in astrophysics and a PhD in computer science. The subject of UFOs first attracted his attention as an astronomer in Paris. He subsequently became a close associate of Project Blue Book's J. Allen Hynek and has written several books on the UFO enigma. He is presently a venture capitalist living in San Francisco.

Dr. Jacques F. Vallee has long been regarded as the most respected and senior scientific investigator of unidentified aerial phenomena. He was the inspiration for the French UFO researcher in Steven Spielberg’s Close Encounters of the Third Kind. He has investigated reports of UFOs all over the world and has worked on related U.S. and French government projects. He is currently working on a project to analyze UFO materials in a Silicon Valley lab.

Vallee studied mathematics at the Sorbonne and received an MS in astrophysics at Lille University, then began his professional life as an astronomer for the French Space Committee, working at Paris Observatory. In 1962 he began working as an astronomer at the University of Texas at Austin, where he co-developed the first computer-based detailed map of Mars for NASA. He then moved to Northwestern University where he earned a PhD in artificial intelligence and served as a close associate of Dr. J. Allen Hynek, the U.S. Air Force’s top scientific consultant on UFOs under Project Blue Book. He went on to work for Hynek and Project Blue Book to create the first interactive computer data base of UFO observations.

In the late 60’s, Vallee began exploring the commonalities between UFOs, the paranormal, and folklore. His observations were detailed in his book, Passport to Magonia: From Folklore to Flying Saucers, in which he suggested a multidimensional hypothesis.

In the 70’s, Vallee served as one of the Principal investigators of DARPA and led the team which built the world's first software collaboration system, running on Arpanet, the prototype for the Internet. Joining Stanford Research Institute and the Institute for the Future in Silicon Valley, Vallee formed friendships with Hal Puthoff, Russell Targ, and Kit Green and consulted on SRI’s classified remote viewing programs (including the Stargate Project), which were supported by several government agencies. In 1978, Vallee was part of a panel of experts (which included NASA Astronaut Gordon Cooper, Dr. J. Allen Hynek, military and government officials) that presented a plan for UFO research at the United Nations.

In the early 2000’s, Vallee co-founded a venture capital firm in Silicon Valley. He also worked as a member of the scientific advisory board of Bigelow Aerospace and conducted private research for Bigelow and its partners, including the Pentagon’s now de-classified UFO program known as AATIP.

Vallee has written two dozen books, including Passport to Magonia, Wonders in the Sky, Dimensions, Forbidden Science, and The Invisible College.

Vinny
5.0 out of 5 stars Excellent Book! Offers Excellent Insights into Research in Strange/Fringe Science, the Paranormal, & UFOs/Anomalies in the 80s!
Reviewed in the United States 🇺🇸 on August 31, 2017
Verified Purchase
Excellent book! The book is semi-autobiographical, because it is largely based upon notes that Vallee regularly made in his personal journal during the period 1980-1989, along with excerpts from notes that he sent to his wife while he was traveling, interspersed periodically with his reflections penned in the present day as he looks back on his early notes.

When it comes to strange science, fringe science, and the topic of UFOs and anomalous events (aka "anomalies"), I have always held Vallee in very high esteem, because he thinks very clearly and he is very grounded, and also because his primary hypothesis regarding the origins of UFO and anomalous events phenomena is pretty much the same as mine, namely, that they fall into the paranormal realm, and that the UFOs, Men In Black and other anomalies are essentially what the Tibetan Buddhists have, for thousands of years, called tulpas (sometimes referenced as tulkus), that is, temporary manifestations in our world of things from an alternate dimensional world or from the astral plane; this is sometimes referenced as a temporary appearance of interdimensional beings/things due to some degree of paranormal intervention (often on the part of persons who are present at the event, and who have, perhaps unknown to themselves, a certain degree of paranormal psi abilities).

In any case, I wish to extend my sincere heartfelt thanks to the author for having taken the time and energy to compile and edit this book, and to publish it. I appreciate it very much, and it was a very fun read! He is also a good writer, and a good social commentator.

Another large reason why I personally found the book to be of particular interest is because I had some interactions during that time period (1980 through the end of 1989) with at least two of the persons whom Vallee mentions repeatedly in his recollections in this series (i.e., volumes one, two and three). One of those persons was UFO/anomalies/paranormal topics author John Keel, and the other was the then-famed and at-times-infamous Dr. Andrija Puharich, the MD/psychiatrist turned strange science/paranormal researcher who had semi-stalked me -- as I have recounted in a tale recounted on one of my websites -- for a while in the early and mid-1980s under the mistaken belief (given to him largely by his favorite channelled entities (including the Council of Nine) that I was in possession of numerous long-lost "secret" Nikola Tesla documents and Tesla technical secrets regarding "free energy"; Puharich even claimed for a time that I was a reincarnation of Tesla, which is assuredly not true. (Interestingly, on the topic of reincarnations of Nikola Tesla, a few authors, podcasts, and websites have claimed that my friend and colleague, G. Patrick Flanagan, the inventor / researcher / scientist who wrote the "Pyramid Power" books in the 1970s, is a reincarnation of Tesla, and I find that newer variant of the claim to be far more reasonable and believable than the similar claim that Puharich had made about me back in the 1980s...!)

Overall, this is a great book! I recommend it highly! If you have any interests at all in the paranormal, history of paranormal research, UFOs and anomalies and/or the history of the UFO movement, the wild and wooly realms of fringe science and strange science, or metaphysics, then you, too, will be EXTREMELY happy once you have gotten your grubby little hands on a copy of this book!

Always Seeking
5.0 out of 5 stars A New Level Of Contribution
Reviewed in the United States 🇺🇸 on March 9, 2019
Verified Purchase
Vallee demonstrates the foundational virtues necessary for pioneering exploration. Humanity. Humility. Honesty.
Vallee’s courageous decision to allow his humanity to shine forth in such a personal manner helps one to explore and name their own innermost feelings, emotions, opinions, questions, doubts, sensitivities, affections, challenges, weaknesses, loves, etc. on the path of discovery.
Allowing his innermost impressions and sentiments to be broadcast is proof positive of aquired wisdom. We will never ever “get in touch” with the true nature of the hidden mysteries enveloping us without “inner truthfulness and uncompromising sincerety.” Vallee delivers just that.
We live in a world of unstoppable and unavoidable liars. “A humble admission of ignorance can be true wisdom.” Vallee stands up straight and peers unflinchingly into the eyes of reality as it pertains to family life and love, self-doubts, shyness, physical limitations, complex personalities, the coming of the digital age, incomprehensible subjects......with authenticity and accuracy.
In summary, Vallee gives extraordinary witness to what takes place in the mind and heart when confronted by so many powerful realities each day while simultaneously remaining open and available to what is beyond our ability to perceive, understand fully and decode. Vallee shows us the kind of character, integrity and humanness needed to always move forward in a positive way no matter what.
Man, I would love to have a one hour conversation with this great soul.
Read more
2 people found this helpful
Helpful
Report abuse
See all reviews

Client d'Amazon
1.0 out of 5 stars One Star
Reviewed in Canada 🇨🇦 on October 17, 2017
Verified Purchase
The packages was empty
Read more
Report abuse
See all reviews