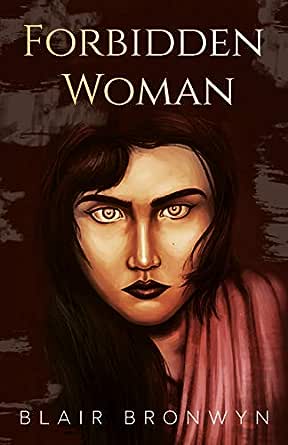 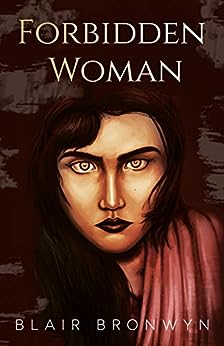 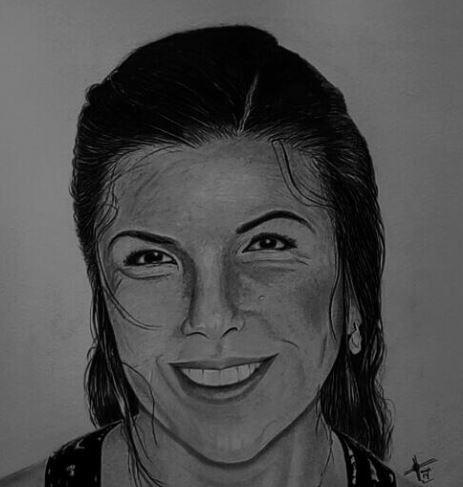 Piaras
VINE VOICE
5.0 out of 5 stars An excellent debut novel.
Reviewed in the United States on September 24, 2020
Verified Purchase
Forbidden Woman by Blair Bronwyn is a wonderfully written and richly descriptive novel with brilliantly drawn characters and settings. The author weaves a well-crafted historical fiction that will have you turning the pages from beginning to end. There’s also plenty of imagery in the writing style that makes you feel you are right there in the story, and that’s something I look for in a good book.

This was a captivating and thought-provoking read that had me immersed from the beginning. The story flowed from scene to scene with ease, and the author shows exceptional ability when it comes to storytelling. I enjoyed the story, character development, and dialogue. It’s been a while since I enjoyed a book this much.

This for me was a phenomenal read. It was one of those books that stayed with me for several days after I finished reading. The vivid descriptions of the settings, situations, and the people were stunning and realistic. It’s one of those stories that come along occasionally that makes you want to read it non-stop until you get to the end. I’m giving nothing further away here. And this, I hope, will only add to the mystery and enjoyment for the reader.

I’ll be looking forward to reading more from Blair Bronwyn in the future. I would highly recommend this book and add that it has a distinctly cinematic feel to it. A well-deserved five stars from me.
Read more
3 people found this helpful
Helpful
Comment Report abuse

Phil Bolos
5.0 out of 5 stars Good historical fiction
Reviewed in the United States on September 26, 2020
Verified Purchase
Forbidden Woman by Blair Bronwyn is the story of a woman who is forced to live in an oppressive man's world and fight for her chance at a decent life. It is the 1930s and the world is at war. Lucille has just discovered that she is pregnant and is then forced to deal with the disappearance of her husband. With her income suddenly taken away she has to find a way to support herself and her soon to be child. As a woman she is unable to find work, so she disguises herself as a man in order to make a slim living. When her daughter, Rosemary, is born, Lucille has to face the harsh fact that she will not be able to support herself and her daughter on this meager earning. She contemplates killing her daughter, but decides against it and becomes a woman of the evening since the money is so much better. Slowly, she is able to work her way up in the business and make something of herself, but the harsh conditions changes her and she struggles to maintain any sort of a real relationship with her daughter. As time goes on she will have to decide what is more important: the business or the family.
I found this novel to be very well written and the characters to be developed nicely. The setting for the story works very well for the type of story this is and I think the readers will enjoy the way the author incorporated so much of history into the novel. I found Lucille to be both respectable and disappointing at the same time. You can't help but understand where she is coming from and why she is doing her deeds, but at the same time the reader wants her to be the mother she should be rather than push her daughter away. Anyone who enjoys strong female leads or those interested in historical fiction will enjoy this read.
Read more
One person found this helpful
Helpful
Comment Report abuse

Evelyn
5.0 out of 5 stars Excellent and absorbing novel
Reviewed in the United States on September 29, 2020
Verified Purchase
Wow, what an absorbing story! I just finished reading “Forbidden Woman” which is the debut novel of Blair Bronwyn and the first book in a trilogy. This masterpiece is so filled with emotion that I could easily empathize with the main characters, named Lucille and Rosemary. The author masterfully conveys affinity around them. I felt Lucille’s strength, courage, guilt, and grief; all her feelings come through the pages clear as day.
The plot is interesting as it has a little bit of everything: revenge, bravery, and adventure. Moreover, the story progresses naturally and smoothly.
I've long looked for an author that could consistently grab and hold my attention throughout an entire novel and I've definitely found one in Blair. When I first opened it, I thought I would not be able to keep the focus on its 369 pages but as soon as I started reading the first page, I could not stop. The story had me on edge all through and kept me motivated to finish reading it as soon as possible.
I only keep few books that I know I will read again. This is staying in my e-book since I am IN LOVE with it!
Read more
One person found this helpful
Helpful
Comment Report abuse

KarynH
VINE VOICE
5.0 out of 5 stars A Historical Journey with the Right Woman
Reviewed in the United States on October 15, 2020
Verified Purchase
If you are a critical reader who is interested in reading and understanding historical facts, this book is the perfect book to add to your collection. Blair Bronwyn went to a great length to research and present an accurate account of some of the challenges faced daily in the 1930s.
Bronwyn presents us with the story of Lucille, a woman born in an era when living as a woman was a lot more. She soon lost her job and at the same time, she figures out she is also pregnant.
She finds a better way to deal with the situation by disguising as a man to make little income to support her child. When she finally gave birth, it was clear she could not take care of herself and her child with her meager salary. She contemplates suicide before taking up the evening life as a way to cope.
She was able to cope with the bill. However, this new life had some negative implications on her relationship with her daughter. The forbidden woman is a good family read with a lot of lessons to learn about the time.
Read more
One person found this helpful
Helpful
Comment Report abuse

JoJo Maxson
5.0 out of 5 stars This fascinating novel is raw and mesmerizing.
Reviewed in the United States on October 1, 2020
Verified Purchase
Blair Bronwyn paints a fascinating picture of what a single mother faces in the early 1900s in her historical fiction, Forbidden Woman: Book One. Lucille leaves the comfort of a wealthy home to marry the man of her dreams, only to be left penniless and pregnant. She doesn’t have many work options, leading her to work the streets and setting up a profitable business.

Forbidden Woman by Blair Bronwyn tells a fascinating story of how different types of women are forced to a dark world: lust out of basic needs, desire to feel wanted, or driven by family. This novel is revealing, raw, and mesmerizing. It preys on the heart of every woman knowing if we lived in a different time, family, or society; this could be our life’s story. You want to believe this is fiction, but this nightmare real to someone. When you look at a girl or woman who lives in this lifestyle, remember, she had dreams of grandeur, love, and security just like you do.
Read more
One person found this helpful
Helpful
Comment Report abuse
See all reviews

Christopher C Cohen
4.0 out of 5 stars An engrossing story full of unexpected turns
Reviewed in the United Kingdom on November 21, 2020
Verified Purchase
Blair Bronwyn promises 'realistic' and Forbidden Women is certainly that. Gritty and unflinching but not the rant about the ills of the world which it could easily have been. Lucille's life is concurrently normal and extraordinary. The story is full of unexpected twists which describe a full but entirely believable life.

If, like me, you would not normally consider reading a family saga then I suggest you will be well rewarded if you put your bias aside and dive in.
Read more
Report abuse
See all reviews