You've subscribed to The Rothston Series! We will preorder your items within 24 hours of when they become available. When new books are released, we'll charge your default payment method for the lowest price available during the pre-order period.
Update your device or payment method, cancel individual pre-orders or your subscription at
Your Memberships & Subscriptions
There was an error. We were unable to process your subscription due to an error. Please refresh and try again. 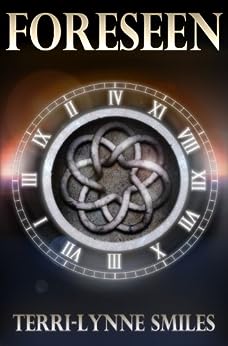 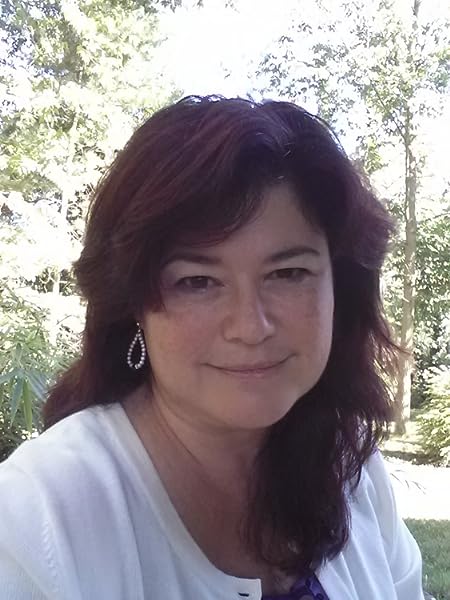 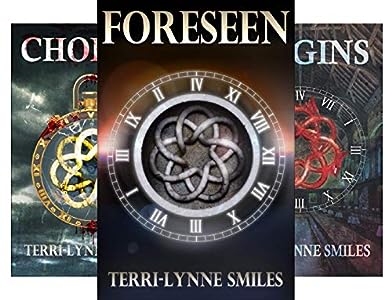 First timeauthor Smiles has devised a convincing supernatural culture. Her novel is sorichly detailed that the reader accepts that this separate society of adeptsexists and has its own storied hierarchy. The theoretical concept behind adeptsis clearly explained so that even a reader who has never taken a physics coursewill find it easy to understand ... By continually paying such close attention todetail, Smiles has proven that she's skilled at crafting a nuanced page turner.
A worthy sci-fi thriller à la Dean Koontz. - The Kirkus Review

"Foreseen" is a blend of fantasy and political thriller, telling of the clash of 'adepts' who have grown to using the political powers of the world to assist their own. Kinzie Nicolosi, a college student who always felt an other, realizes his own potential power and finds them as much a blessing as a curse. "Foreseen" is an adventurous twist of genre, much recommended." ~Midwest Book Review

Having always been fascinated with individuals in major growth periods of their lives, the college setting was a natural fit for my first novel. Foreseen is populated with new adults learning who they are and how they fit into the world, made all the more difficult by the main character's discovery of the power to make her childhood dreams come true. But like most dreams, the reality turns out to be very different than she expects.

A refuge from the world. A place where I wouldn't be different. It struck me that I'd never had anything like that. I'd always felt different. Even at home  Maybe this was why.  I was adept, and this was where I was supposed to be ...
Read more

4.3 out of 5 stars
4.3 out of 5
81 global ratings
How are ratings calculated?
To calculate the overall star rating and percentage breakdown by star, we don’t use a simple average. Instead, our system considers things like how recent a review is and if the reviewer bought the item on Amazon. It also analyzes reviews to verify trustworthiness.
Top reviews

Jules
4.0 out of 5 stars Paranormal agency against the evils of the world. Good story!
Reviewed in the United States on May 22, 2014
Verified Purchase
this book is a little different by what the characters can do. if you understand physics and quantum foams (teleportation) then you'll understand completely. if not, (like me) then don't worry, the author does a pretty good job of explaining this concept. the person with the paranormal gift is called an "adept".they have the ability to see their world down to its microscopic values. when they do this they can see that person's future with their possible choices. the Rothston Academy educates and houses adepts. it is their motto to help humankind with their gifts. so they're suppose to be the good guys, but are they? Kinzie finds out her college freshman year that she is an adept. what will this mean for her life? she's always been a loner, never felt like she fit in anywhere. Will she now? and of course, there's a boy! her first! or does he stay in the "friend category? ok, so I liked the book. it had a good ending but you definitely know there will a second book. I would have scored this book a 4 star but there are so many errors that there's no way a reader can do that! this author is in desperate need of an editor, beta readers or a group of really good friends to comb through her books before she publishes. a bad edit of your book can cost you heavily in review ratings and with followers. frankly, most readers hate it when books are not edited well and will more than likely not return to that writer. :( hopefully this author will make the corrections and resubmit this book.
Edit note: ok so... I'm going to change my rating. First time ever! :) i actually talked with author and found a very frustrated writer. She paid not one but two editors to go through her book with a fine tooth comb! So shame on those editors!! If you're a writer you might want to check with this author so you don't use those same editors! So I'm changing rating to a 4 star and not punishing the author for the bad edit job. :) the story truly is really good and the characters are great!

Jessica
4.0 out of 5 stars This one's worth it :)
Reviewed in the United States on April 30, 2014
Verified Purchase
This book was pretty good. Not perfect, but I did enjoy it, and it's definitely among my favorite indie books I've read so far.

POV switches between Kinzie and Greg, two college students who are both likable and relatable characters. There was, however, one point where I questioned something that seemed incongruent with Kinzie's character, and unfortunately that part was told through Greg's point of view, and so we never get to see how exactly she justifies it herself. Also, I had a bit of an issue with trying to keep track of lapses in time from one chapter to the next, when POV switched. But overall this was a fairly minor problem, and didn't detract too much from enjoying the book.

The plot with the Rothston Institute gets dealt with nicely, but at the end it was the romantic relationship I was really interested in, and I would have liked to see more of a discussion between the two involved about how they would resolve the issues that had split them apart before. You can see how it could be fixed, but still I wanted to see the actual exchange between the two addressing it. But perhaps I'll get my wish when I move on to the next installment of the series :)

M. J. Lloyd
4.0 out of 5 stars Good new series about people with special powers
Reviewed in the United States on December 28, 2014
Verified Purchase
This is the first book in the Rothston series about Kinzie, a girl who finds out in college that she is an Adept, someone who can use her mind to influence people, things, etc. with her mind, through seeing the world on a physics level through turbulae. She soon gets involved in a conspiracy involving the Rothston Institute, a place that is in charge of, and educates, Adepts, and who use their powers to influence the Common world, the world of regular people. I love any books about people with super powers! I like how Kinzie evolved over the book, showing character development. The book was good throughout, and when I saw it was getting near the end, I stopped reading, so I could prolong it. Then I noticed that the next two books are already available, so I finished it up and moved on to the second.
Read more
One person found this helpful
Helpful
Report abuse

RunZoe
2.0 out of 5 stars Disjointed
Reviewed in the United States on June 11, 2014
Verified Purchase
I honestly had a difficult time finishing this book. For some reason it felt really disjointed to me, never really allowing for what I felt was proper development. The characters were supposed to be college students but I pictured them a lot younger in my head, especially Kenzie.

I will say that I enjoyed the way that the author used science in the story when she could have easily just said “these kids have special supernatural powers!” This made me waver between 2 and 3 stars but the fact that it took me so long to finish the book and I actually took a break from it to read another book, unfortunately put it in the lower category.
Read more
3 people found this helpful
Helpful
Report abuse

Andrew Kennett
4.0 out of 5 stars Enjoyable
Reviewed in the United States on May 18, 2014
Verified Purchase
Foreseen was an enjoyable tale, blending sci-fi and fantasy together to tell the story of a young girl with the power to alter other people's thoughts and actions. She is, of course, not alone in holding this power, and conflict soon arises between the various factions of the "adepts" who can perform this feat.

There are a few pacing issues, especially in the beginning, but overall it was a fast read and well-written. I liked that the protagonists, though obviously endowed with more than their share of excellence, weren't perfect. There was also a fair amount of work done in developing the bad guys -- often an overlooked part of the craft.

T. Adler
5.0 out of 5 stars I really loved all the things that can be done with these powers
Reviewed in the United States on May 2, 2015
Verified Purchase
I love that they can change the future within limitations, I love that if need be they can teleport themselves. But mostly I love the love story. How she wasn't attracted to him then they end up falling in love and even when they break up he ends up saving her. There are just a lot of unanswered questions which I think will be answered in future books. He can do what she does, I'm almost certain of it. What were her biological parents seeing that made them fear rothson are they still alive? I will certainly buy the rest of the series.
Read more
One person found this helpful
Helpful
Report abuse
See all reviews

Fren
5.0 out of 5 stars Very good
Reviewed in the United Kingdom on August 11, 2014
Verified Purchase
I really enjoyed this, there were plenty of interesting characters, and some of them were really nasty! While there is nothing particularly new about any of the ideas in this novel, it was well crafted and certainly of a hiher quality than most of the others of this type that I have read.
Read more
Report abuse
See all reviews
Back to top
Get to Know Us
Make Money with Us
Amazon Payment Products
Let Us Help You
EnglishChoose a language for shopping. United StatesChoose a country/region for shopping.
© 1996-2021, Amazon.com, Inc. or its affiliates