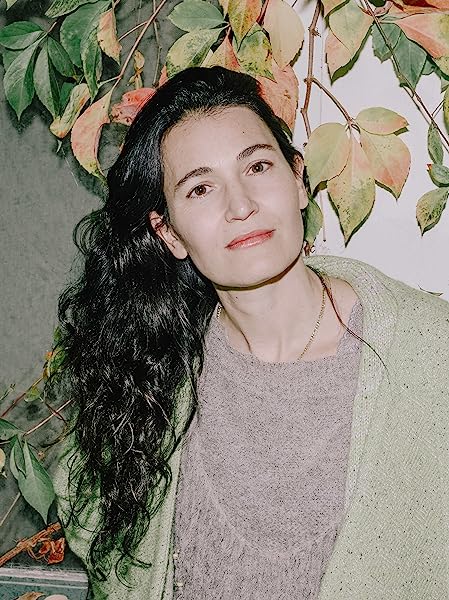 She writes insight and revelation better than just about anyone working today…While Krauss’ genius has long been evident, of her four books this one cuts closest to the bone. The woods may be dark but Krauss’ gorgeous sentences light our way through.”                   (O Magazine)

“Lucid and exhilarating...Elias Canetti once wrote of Kafka that he sought, above all, to preserve his freedom to fail. In this spirit, Krauss, an incisive and creative interpreter of Kafka, allows Nicole and Epstein to regain their own freedom to fail. This particular freedom should never be taken lightly. It’s a great gift not only to her characters, but to her readers.” (Peter Orner, New York Times Book Review (cover feature))

“A triumphant new novel…that suggests a determination to stretch conventional narrative in unconventional directions…Krauss’ prose balances precision and grace…This author is incapable of writing a sentence that does not seem chiseled to perfection…In Forest Dark, Nicole Krauss has once again mastered a light touch in pursuit of weighty themes.” (San Francisco Chronicle)

“Krauss expertly intertwines musings on theology and the life of Franz Kafka in this beautifully written follow-up to the National Book Award finalist The Great House.” (Buzzfeed)

“Forest Dark finds Krauss at the top of her game. It is blazingly intelligent, elegantly written, and a remarkable achievement.” (Emily St. John Mandel, author of Station Eleven (The Guardian review))

“Krauss’s elegant, provocative, and mesmerizing novel is her best yet. Rich in profound insights and emotional resonance...Vivid, intelligent, and often humorous, this novel is a fascinating tour de force.” (Publishers Weekly (starred review and boxed))

“One of the bravest and most original writers of her generation… Forest Dark—the best new novel I’ve read this year…Krauss’ intrepid journey into this forest reveals great secrets, involving the tales we tell as we whistle in the dark.”                    (Milwaukee Journal Sentinel)

“Entrancing and mysterious…Krauss reflects with singing emotion and sagacity on Jewish history; war; the ancient, plundered forests of the Middle East; and the paradoxes of being. A resounding look at the enigmas of the self and the persistence of the past.”  (Booklist (starred review))

“Magnificent. . . . A richly layered masterpiece; creative, profound, insightful, deeply serious, effortlessly elegant, both human and humane. Krauss is a poet and a philosopher, and this latest work does what only the very best fiction can do—startles, challenges and enlightens the reader, while showing the familiar world anew.” (Financial Times)

“This is as original and impressive a work of fiction as I have encountered in years; a welcome reminder of how a novel can be defiantly and brilliantly novel.”                  (Douglas Kennedy, New Statesman)

“The tangled necessity of such double-ness is one of Krauss’ core themes and the key to her characters’ quests: how we are at once shaped and confined by the forms we require for life, be they stories, relationships, or places.” (Boston Globe)

“Nicole Krauss remains accessible through all of the risks she takes, which might be her greatest feat…Forest Dark expands the possibilities of what the novel is capable of...The novel is a whirlwind, pure and simple. It might not tie up every loose end, but its force is undeniable.” (Portland Mercury)

“A literary adventure in a different kind of storytelling…Krauss’ voice in fiction is still original: She crafts beautiful sentences, challenges form and ideas, creates characters alive to possibility and she’s funny.”             (Jewish Week)

“The feelings Epstein and Nicole have about their lives and loves feel hard-earned and true…The resonances between these characters are often profound. Both are searching for their true selves, an ocean away from the old lives that have tested their faith.”                         (The Economist)

“Illuminating…[Forest Dark] builds to a powerful emotional crescendo and an ending that feels revelatory. Haunting and reflective, poetic and wise, this is another masterful work from one of America’s best writers.” (BookPage)

“Forest Dark tackles that ultimate question [the meaning of life]…Nicole Krauss takes chances with form…The pleasure of Krauss’ writing…is in the wayward precision of her language that draws us into the desert, ‘the forest dark’ and other contemplative places where illumination occurs.”         (Maureen Corrigan, Fresh Air, NPR)

“Forest Dark is a novel that resists our presumptions of what a novel should do.” (Ron Charles, Washington Post)

“Krauss, as ever, writes beautifully about complex themes, and she has a keen eye for the way Israel’s culture, slower but more alert to violence, requires its American characters to reboot their perceptions…” (Kirkus Reviews)

“Forest Dark is so forceful and gripping that I simply gobbled it up from start to finish.” (Book Browse)

“A brilliant novel. I am full of admiration.” (Philip Roth) “Forest Dark is a feast. Dazzling, beautiful, powerful, bewildering, consumed by things eternal: a romance of metamorphosis, creation, and nostalgia for home.” (Christian Century)

“…Krauss writes for those who want to co-create a world with her. By the ends of her novels, a reader has ideas about how these characters’ lives intersect…” (Moment Magazine)

Jules Epstein, a man whose drive, avidity, and outsized personality have, for sixty-eight years, been a force to be reckoned with, is undergoing a metamorphosis. In the wake of his parents’ deaths, his divorce from his wife of more than thirty years, and his retirement from the New York law firm where he was a partner, he has felt an irresistible need to give away his possessions, alarming his children and perplexing the executor of his estate. With the last of his wealth he travels to Israel, with a nebulous plan to do something to honor his parents. In Tel Aviv, he is sidetracked by a charismatic American rabbi planning a reunion for the descendants of King David who insists that Epstein is part of that storied dynastic line. He also meets the rabbi’s beautiful daughter, who convinces Epstein to become involved in her own project—a film about the life of David that is being shot in the desert—with life-changing consequences.

But Epstein isn’t the only seeker embarking on a metaphysical journey that dissolves his sense of self, place, and history. Leaving her family in Brooklyn, a well-known young novelist arrives at the Tel Aviv Hilton, where she has stayed every year since her birth. Troubled by writer’s block and a failing marriage, she hopes that the hotel can unlock a dimension of reality—and her own perception of life—that has been closed off to her. But when she meets a retired literature professor who proposes a project she can’t turn down, she is drawn into a mystery that alters her life in ways she could never have imagined.

Bursting with life and humor, Forest Dark is a profound, mesmerizing novel of transformation and self-realization—of looking beyond all that is visible toward the infinite.

Nicole Krauss is the author of the novels Forest Dark, Great House, The History of Love, and Man Walks Into a Room. Her work has appeared in the New Yorker, Harper’s, Esquire, and The Best American Short Stories, and her books have been translated into more than thirty-five languages. She is currently the inaugural writer-in-residence at Columbia University’s Mind, Brain, and Behavior Institute. She lives in Brooklyn, New York.

Page 1 of 1 Start overPage 1 of 1
This shopping feature will continue to load items when the Enter key is pressed. In order to navigate out of this carousel please use your heading shortcut key to navigate to the next or previous heading.
Back
Next
Pages with related products. See and discover other items: academic history books, kafka love books