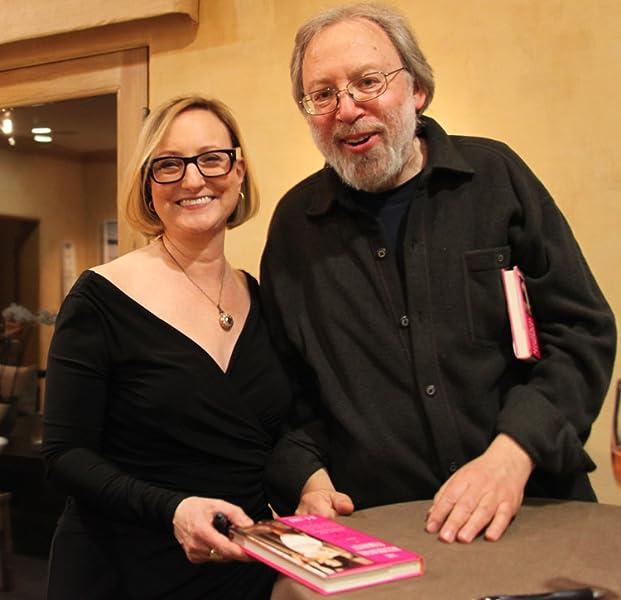 This history of a controversial and inanimate American icon offers a wide range of opinion and anecdote on the role Barbie has played in defining gender in American life.
Copyright 1995 Reed Business Information, Inc.
Tell the Publisher!
I'd like to read this book on Kindle

4.0 out of 5 stars
4 out of 5
11 customer ratings
How does Amazon calculate star ratings?
Amazon calculates a product’s star ratings based on a machine learned model instead of a raw data average. The model takes into account factors including the age of a rating, whether the ratings are from verified purchasers, and factors that establish reviewer trustworthiness.
Top Reviews

Suliko
5.0 out of 5 stars MUST-READ
Reviewed in the United States on August 15, 2016
Verified Purchase
Excellent book. Thought-provoking and extremely well-written. Love the author's style of writing and humour. Both the pro and con side of the Barbie debate very well covered. Would consider this essential reading, whether you love or hate Barbie - you will look at her through different eyes in future.
Read more
One person found this helpful
Helpful
Comment Report abuse

Kindle Customer
4.0 out of 5 stars Interesting book, if somewhat dated now...
Reviewed in the United States on January 10, 2015
Verified Purchase
I recommend this book, and its excellent writing, to anyone who wants to dig into the backstory of Barbie.
Read more
Helpful
Comment Report abuse

dancingBeagles
2.0 out of 5 stars Not exactly the story I was expecting.
Reviewed in the United States on September 18, 2016
Verified Purchase
Okay for a business commentary. Not what I was expecting. If I knew this was about business it probably would have been okay. I really was looking for a fictionalized version of this icon's life. Probably should revise your sub-title.
Read more
One person found this helpful
Helpful
Comment Report abuse

Kristine Fisher
3.0 out of 5 stars Forever Barbie
Reviewed in the United States on May 20, 2014
Forever Barbie by M.G. Lord, a Kindle book I started reading on August 9th. I was in a bind about if I should read a non-fiction biography or a sociological/social commentary book. .... Bingo.

This book's writing style is surprisingly cheeky and really well-documents Barbie's physical and occupational changes to the times, right down to the rotation of her torso in 1967 and the examples of pseudosexual accessories that Barbie used vs Ken's (i.e. Barbie's boxy purses with bananas spilling out of it as 'Suburban Shopper' vs Ken's slim electric shaver, long baseball bat, and backyard BBQ ensemble with a barbeque fork skewering a plastic weenie). The book also compares Barbie as a conduit of feminism to young girls and describes the lives and careers of people who worked to promote and construct Barbie as a doll and cultural mainstay.

The only faults that this book has is maybe going too deep/Freudian/fertility goddess, going on and on about company lawsuits and mergers, emphasis on Barbie performance and conceptual art, and bopping back and forth nauseatingly between time periods.

Linda Talisman
4.0 out of 5 stars I love it! Too bad it�s out of print
Reviewed in the United States on December 24, 2001
This is not a "pro-Barbie" book, or an "anti-Barbie" book. It is an exploration of all aspects of Barbie the author finds significant. Topics include:
The history of Barbie's creation, her marketing and engineering by Mattel.
The differences between male and female executives in handling of the Barbie line.
Ruth Handler, Barbie's creator, and other prominent women in Barbie's life such as Charlotte Johnson, who designed her clothes in the early years, Judy Shackelford, Mattel's first female vice president, and Jill Barad, the marketing director & later Mattel COO, who pioneered the "We Girls Can Do Anything" advertising campaign in 1984.
A history of Barbie and ethnic identity (unfortunately someone had clipped pages out of this chapter in the library copy I read, so I can't say too much about it.)
Explorations of symbolic, sexual, & psychological meanings of the doll.
I found this book fascinating. A very enjoyable read. While it explores both the positive and negative views women have had of Barbie, I especially enjoyed the positive, including Barbie's history as a single independent career woman, the powerful career women involved in her creation, manufacture, & marketing over the years, and the somewhat fanciful but enjoyable discussion of her as a mythical archetype of the feminine.
I like when this book ventures into realms of the bizarre, like the exploration of Barbie's image in the context of fetishism and pornography. I suppose some people might be disturbed or offended by this, however.
I was frustrated by the lack of a list of illustrations, since photographs appear throughout the text, & are often mentioned later in the book. It's hard to go back and find the picture she's talking about.
I was confused by the author `s seeming lack of awareness that people might read the book 6 or more years after its publication. For instance, she refers to women of the Barbie generation as "women under 40." I had to think to realize this included me, since I'm not under 40 now, but I was when the book was published in 1994. The confusion will increase as years go by.
This is too bad, since the book is a unique treatment of Barbie in cultural context, and should be read well into the future by students of popular culture as well as individuals who like to ponder such things. Unfortunately, it's out of print. This makes it unlikely that a 2nd edition will ever appear, which is also too bad, since I would love to know what the author has to say about innovations subsequent to its publication, such as Barbie's new more lifelike proportions, and the introduction of her belly-button.
Some people might find this book too intellectual, or possibly over their heads. Probably many people who like to ponder the meanings of popular culture are anti-Barbie, and might be turned off by the book's positive spin on the doll. Barbie enthusiasts might be put off by the negative spin, as well as the stranger explorations. I love the book, but I have to admit it's not for everybody. Maybe that's why it's out of print. But if you are open to both sides of the Barbie controversy, and like to wax philosophical and think about things, this book is definitely for you.
Read more
26 people found this helpful
Helpful
Comment Report abuse

Bjorn Johannsen
4.0 out of 5 stars Great book!
Reviewed in the United States on May 19, 2004
This book isn't the next _war and peace_ nor was meant to be. Just like that dude J. Alfred Prufrock, it's good for swelling a crowd, and giving you something less-embarassing than watch television to do when you want to just relax. Analyzing pop culture, learning obscure facts about something I am vaguely ashamed of myself for being interested in in the first place . . . mmmmmmmm, pass the oreo ice cream, please. The author definitely shares my sheepish fascination with Barbie. His/her(?) text explores many aspects of our relationship with Barbie - as children, parents, adult women, queers, artists, etc., as well as a lot of very interesting background info on how she was created, the company who has promoted her over the years, and the toy industry in general. Holding my interest *without* getting so serious that I wished the book had come with a discussion section that met once a week, _Forever Barbie_ was like a long, interesting cultural-analysis chat with an amusing girlfriend. I would read it again in a few years or recommend it to friends . . .
Read more
6 people found this helpful
Helpful
Comment Report abuse
See all reviews from the United States