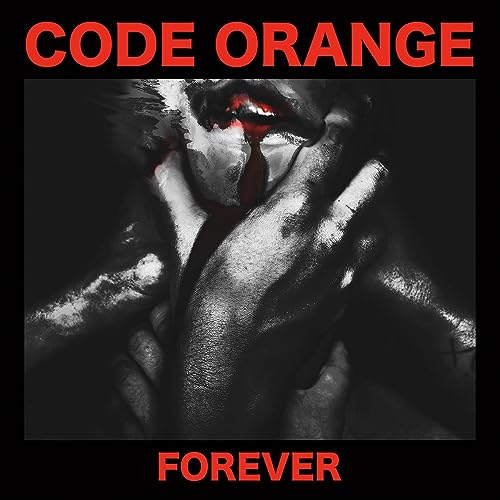 4.6 out of 5 stars
4.6 out of 5
199 global ratings
How are ratings calculated?
To calculate the overall star rating and percentage breakdown by star, we don’t use a simple average. Instead, our system considers things like how recent a review is and if the reviewer bought the item on Amazon. It also analyzes reviews to verify trustworthiness.
Top reviews

W. Davies
5.0 out of 5 stars A great heavy, well-rounded album
Reviewed in the United States on July 23, 2017
Verified Purchase
I'm not usually one to write reviews but, seeing as how this album hadn't received very many, I decided to give my two cents. I saw Code Orange open for Anthrax a while back, and eventually decided to pick up this album. I was so glad that I did. Forever is an amazing album, and one I enjoyed so much that I immediately wanted to listen to it again after it was over. Some bands seem to follow a philosophy of just writing songs until they have enough material for an album, recording it, and releasing it. Here, however, we see a refreshing change from that insofar as every song adds something distinct and important to the album as a whole. This gives Forever a welcome "well-rounded" feeling.
The music manages to be refreshingly different from other heavy music while still being faithful to it. It is exactly what you would hope for from heavy music insofar as it feels chaotic while actually being very well crafted. I think any fan of heavy music should pick this up. I'm really more of a metal fan (hence having been at an Anthrax concert when I saw Code Orange) but I still loved this album from a group that is first and foremost a hardcore punk group with some metal influences.
Read more
9 people found this helpful
Helpful
Report abuse

J. Smith
4.0 out of 5 stars Miss Converge and Others? Give This A Shot.
Reviewed in the United States on June 23, 2017
Verified Purchase
This is a throwback to early 2000s hardcore/metalcore that should please many older fans of the genre. Complete with cheesy breakdowns and occasional cringe-worthy lyrics, the album is a revival of the metalcore sound that was so prevalent nearly two decades ago...warts and all. The album also has some breaks of different sounds in songs like "bleeding in the blur" that are wonderful pallet cleansers. Respectable release from this young band who continue to experiment with their sound.
Read more
One person found this helpful
Helpful
Report abuse

Brennan Dalgleish
4.0 out of 5 stars good fun
Reviewed in the United States on January 10, 2019
Verified Purchase
if you're trying to get into more extreme hardcore, this is a perfect entry-level record to that scene.
Read more
Helpful
Report abuse

Irate Badger With a Hoe
2.0 out of 5 stars Not as exciting as they used to be
Reviewed in the United States on November 15, 2021
Verified Purchase
Code Orange keeps getting less fascinating as tike goes on.
Read more
Helpful
Report abuse

n.Borom
5.0 out of 5 stars Amazing
Reviewed in the United States on April 22, 2021
Verified Purchase
Finally after 2 damaged copies and two being obliterated before arriving I am A proud owner of forever. this album slams and twists and turns like crazy. love everything about it.
Read more
Helpful
Report abuse

Diamond Dog
5.0 out of 5 stars A breath of fresh air
Reviewed in the United Kingdom on June 6, 2018
Verified Purchase
I love this album - it's got a lot of variety and is fresh and exciting.
Read more
Report abuse

Shane
5.0 out of 5 stars Five Stars
Reviewed in the United Kingdom on May 11, 2018
Verified Purchase
One of the best albums of 2017
Read more
Report abuse
See all reviews