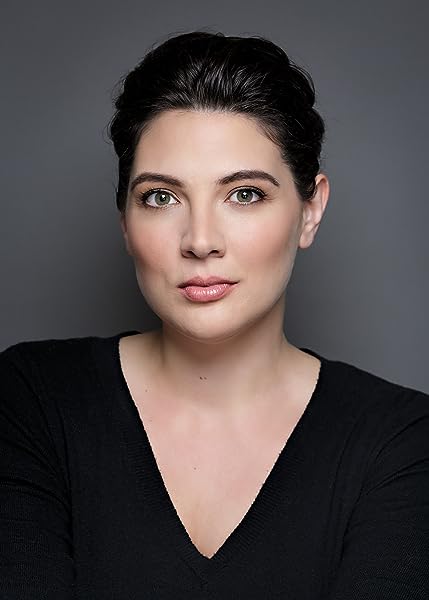 Taylor Jenkins Reid is an author and essayist from Acton, Massachusetts. Her first novel, Forever, Interrupted, was named one of the '11 Debuts We Love' by Kirkus Reviews. She lives in Los Angeles with her husband, Alex, and their dog, Rabbit.

Tara's voice can be heard on hundreds of radio and TV commercials, audiobooks, video games, and cartoons. Tara has narrated dozens of audiobooks, including the series "Sammy Keyes" and Katy Kelly's "Allie Finkle." She has received several Earphone awards from Audiofile Magazine and was nominated for an Audie award for the multicast performance of "Lemony Snicket: Book 1," starring Tim Curry. For 2 years, Tara was the on-camera host of Cartoon Network's weekly Friday night lineup, appropriately titled "Fridays."

Start reading Forever, Interrupted: A Novel on your Kindle in under a minute.

4.4 out of 5 stars
4.4 out of 5
327 global ratings
How are ratings calculated?
To calculate the overall star rating and percentage breakdown by star, we don’t use a simple average. Instead, our system considers things like how recent a review is and if the reviewer bought the item on Amazon. It also analyzes reviews to verify trustworthiness.
Top reviews

Thebookbella
4.0 out of 5 stars We may want forever, but sometimes all we have is now.
Reviewed in the United States on June 28, 2019
Verified Purchase
Tw: grief, death, talk of mourning,

Sometimes love moves quickly and you just know when you fall that you will love them forever. This is one of those books.

Ben and Elise haven't been together 6 months before they elope. They are happy in their new romance, and the newly wed bliss is strong. Elise has a craving for fruity pebbles and Ben takes his bike to the store to get them for her. Elise waits for over an hour before she goes out side her apartment hoping to see Ben somewhere outside., only to discover a bike under a Semi and that is surrounded by Fruity Pebbles down the road. Elise is in histeircs and the police officer tells her the man on the bike died upon impact.

This story is hard hitting and deals a lot with grief and moving on. It captures so perfectly how grief can make someone angry and hate the world for still existing. This book was emotionally raw and real, and no matter how unlikable the character became in her anger I still understood her for her pain and didn't feel anything by empathy.

Although we were only introduced shortly to Ben in the present time line, this story did bounce back and forth between Elise and her grief and also the love story of Elise and Ben. It was always told from Elise's perspective no matter where we were at in the story.

This book is about how we want forever but sometimes all we have is now.

Rubi
3.0 out of 5 stars 3 Stars!
Reviewed in the United States on November 2, 2015
Verified Purchase
**For more reviews, follow me at https://www.goodreads.com/xorubituesdays

Basically, this is a story about a young couple, Ben and Elsie, who have been married for a whole 9 days after only having dated for 6 months. Ben goes out to run an errand but never makes it back home. He is hit by a car while riding his bike and dies. On top of dealing with losing her husband, Elsie now has to also deal with the fact that she's never met Ben's mother Susan. Not only have the two never met, but Susan has never even heard of Elsie. The two women get off to quite a rocky start, but later form a bond founded on their mutual love for Ben.

The book is made up of two alternating timelines: January-June and June-December. In the January through June timeline we get the see how Elsie and Ben meet, their relationship progresses, and they ultimately get married. In the June through December timeline we see Elsie going through the grieving process after Ben has passed away. Her struggle with going back to a home that still has all of Ben's belongings made my eyes water more than once. Her grieving process was very heartbreaking and I appreciated that the author didn't try to pretty it up.

The concept of discovering Ben and Elsie's love story between chapters of Elsie grieving the loss of Ben didn't work for me. I would be giggling and swooning, only to be on the verge of tears 3 pages later, then back to laughing 7 pages after that. This went on for 352 pages. The alternating timelines caused a bit of an emotional roller coaster and when the book ended I was left not really knowing how to feel. I've read books where a main character die at the end, others where you know from the first chapter that character's name will die, etc. but the switching back and forth just wasn't for me.

This is my second TJR book, first being Maybe in Another Life which I absolutely loved so that might be another reason why this one was so "ehh" for me.

Michelle
VINE VOICE
4.0 out of 5 stars Interesting subject matter
Reviewed in the United States on March 15, 2018
Verified Purchase
Elsie Porter and Ben Reed met at a pizzeria one evening and from there, they had a quick courtship to marriage. After 9 days of wedded bliss, Ben was killed in an accident. Now Elsie and Ben's mother, Susan, are picking up the pieces of their life after Ben. The book alternates between the past of when Ben and Elsie are dating to the present in the aftermath of Ben's death. I fell for Ben right from the get go. He's adorably charming, sincere and lovable. Elsie didn't stand a chance. Even though the amount of time they had together was limited, the depth of their connection is the once-in-a-lifetime kind that is solid and definite. Even though Elsie knew Ben very well, there are still little things about him that she's discovering along the way. Susan didn't even know that Ben had a girlfriend, never mind a new wife, so this discovery is quite a shock for her in the face of grief. As tragic as it was for Ben's life to be cut short, the story definitely gives Ben enough of a spotlight to know what kind of person he was and how sorely he is missed. As for the relationship development between Elsie and Susan, it was rather tumultuous and contemptuous at first. But I saw these two women forge a friendship when they didn't have anyone else to turn to and because their common thread was Ben, as well as other things once they got to know each other. People aren't perfect and this story highlights that, but shared experiences bring them together and bind them in a way that helps them to move forward no matter how difficult. While this isn't exactly what I'd recommend when in the mood for a light and swoony read, the perspective is unique from other stories because it's not a true romance and gives the reader a lot to ponder in a thought provoking way.
Read more
2 people found this helpful
Helpful
Comment Report abuse

SouthernGal820
5.0 out of 5 stars Appreciate Love and Happiness in Each Day
Reviewed in the United States on June 17, 2017
Verified Purchase
Spoiler Alert...must have tissues! What a good book! I loved this book from beginning to end, most especially the ending. The characters were so dimensional that I felt an attachment to all of them. I loved the parts with Mr. Callahan and most especially loved Ben's Mom Susan and the relationship she and Elsie developed. The book is written so well (except for occasionally the words me or I are used incorrectly) you truly can understand how the characters feel and the depth of their sadness so you are excited for them when you realize they are starting to feel joy again. A very good read for sure because it most certainly is not your average love story! I have just ordered all of Taylor Jenkins Reid's books and she has become another of my favorite writers.
Read more
3 people found this helpful
Helpful
Comment Report abuse
See all reviews

Nettlefairy
3.0 out of 5 stars Depressing
Reviewed in the United Kingdom on August 27, 2019
Verified Purchase
I kind of enjoyed the storyline and characters although found this book really depressing. It is about a woman who loses her husband in a tragic accident and how she deals with that. I suffer from anxiety so I guess it was a trigger for me. I didn’t find the story all that engaging either. I wouldn’t recommend if you are someone who wants to read to escape reality or to cheer yourself up.
Read more
One person found this helpful
Report abuse

Clare
3.0 out of 5 stars Beautifully written easy but emotional read
Reviewed in the United Kingdom on January 3, 2020
Verified Purchase
A good, pretty easy read with great writing (as always). It has quite a few moment that made me well up and the relationships throughout the story are beautifully told. It’s quite a quiet book and I wouldn’t be in a rush to read it again but it’s definitely worth a read.
Read more
Report abuse

alexandra
4.0 out of 5 stars Quite interesting
Reviewed in the United Kingdom on October 1, 2016
Verified Purchase
Quite interesting book though with very simple and easy language and a bit boring.I will go back to the story maybe at winter time.
Read more
Report abuse

Scarlett33
4.0 out of 5 stars Great read
Reviewed in the United Kingdom on May 21, 2016
Verified Purchase
My first book by this author and I wasn't disappointed. A sad, moving story, yet it never felt depressing. Will re-read for sure.
Read more
Report abuse

B. Van der Walt
5.0 out of 5 stars Five Stars
Reviewed in the United Kingdom on March 29, 2016
Verified Purchase
Have not finished reading.....had a eye procedure !
Read more
Report abuse
See all reviews