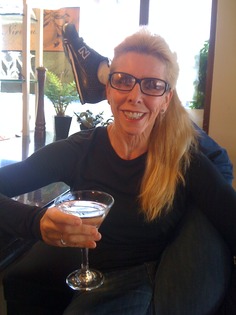 4.1 out of 5 stars
4.1 out of 5
8 customer ratings
How does Amazon calculate star ratings?
Amazon calculates a product’s star ratings based on a machine learned model instead of a raw data average. The model takes into account factors including the age of a rating, whether the ratings are from verified purchasers, and factors that establish reviewer trustworthiness.
Top reviews

Regan
5.0 out of 5 stars Handsome Swiss Hero, Strong Heroine and a Great Story!
Reviewed in the United States on December 18, 2011
Verified Purchase
This is my second by Horsman (my first was MAGIC EMBRACE and I gave it 5 stars); and it's another good story though you won't need the Kleenex box for this one. It has a wonderfully complex plot set in an interesting time in history with well-developed characters, sexy love scenes and a hero, who like the one in MAGIC EMBRACE, is very virile, and at times a cad. This one also features the usual cats, vegetarians and mystical aspects. (It seems Horsman cannot resist her favorites.)

What I like about Horsman's romances is that they are richly detailed and give me that intense, "swept away" feeling that keeps me turning pages. I like her strong heroines (none of those whiny females!) There are times when the action she describes leaves you wondering where you are and what, exactly is happening, but it all comes together in the end. This was a good story and I can recommend it as a great read, the kind you curl up with on a rainy day.

This story is set in Switzerland in the late 15th century when the country was a loose confederation of independent small states called cantons. Charles the Bold, Lord of Lucerne, who came to power in 1467, is seeking to grow in power, but Bern sees this as a threat. In this story, our heroine, Lady Nichole Lucretia, Charles' sister and a great healer, is being forced by her brother to marry the Duke of Uri to gain Charles another army. Nichole judges the duke to be an unjust and cruel man, and loving her people and being a headstrong and intelligent young woman, she refuses. Charles imprisons her in an abbey to pressure her into complying but she isn't there long when Jonpaul the Terrible abducts her. Jonpaul is the hero of the Burgundy War, the leader of the Basel Alliance--and their enemy. The Alliance wants to thwart Charles' plans and they know defeating Nichole's marriage will further their goal for peace. Jonpaul takes Nichole to his castle where she tries to resist the man even as she seeks escape. Theirs is a relationship of great passion and great conflict, two strong personalities coming together.

This is a story with great history, great passion and great deception--deception that is believable when it comes from someone you love.

For those of you looking for more romance by Horsman, here the list:

Just Angie
5.0 out of 5 stars Very enjoyable
Reviewed in the United States on July 26, 2017
Verified Purchase
I love it when a book can make me forget all else. I also like when the characters are flawed, but still lovable.
Read more
Helpful
Comment Report abuse

C. S.
4.0 out of 5 stars Another really good story but not great
Reviewed in the United States on December 12, 2010
This is the third Jennifer Horsman book I have read and by far not my last. I found this one off of a listmania bodice rippers list and I really liked it but not as much as the last 2 I have read of hers. She has very good plots and characters. JonPaul is a lusty fellow. The last few pages were a little blah, blah, blah but I would recommend this to any historical romance reader.
Read more
3 people found this helpful
Helpful
Comment Report abuse

Joni Cresci
5.0 out of 5 stars A favorite!
Reviewed in the United States on March 30, 2012
Forever and Lifetime is on my keeper shelve and it is one of my favorite romances of all time and I read a lot. I reread this one once a year on my birthday! The heroine, Nicole and hero are two of my favorite romance characters of all time. Warning: this book will keep you up, turning the pages.
Read more
2 people found this helpful
Helpful
Comment Report abuse

book lover 162
2.0 out of 5 stars Romance where the Passion is lukewarm at best with a story that seems overly long and boring.
Reviewed in the United States on June 24, 2014
I found this story just ok and overly long. When I pick up a Romance novel I want romance. The heroine in the story fought her feelings for the hero about 75% of the book. I loved the Hero in this story, so loving and nurturing. There were a couple of times I was saying aloud, enough already Nichole, can you be any more stupid. Also this is the first book I have read by this author and as an adult I found the passion lukewarm at best, very disappointed. I hope the next one I pick up by this author will be better. Do not understand the reviews I am seeing about this book. Makes one ask, are we reading the same book?
Read more
One person found this helpful
Helpful
Comment Report abuse

Amazon Customer
5.0 out of 5 stars A must read!!!
Reviewed in the United States on January 31, 2007
This has got to be one of my all time favorite re-reads!! This book is one that you can't put down. I loved it. I have read it a gazillion times and still I love it each time.
Read more
2 people found this helpful
Helpful
Comment Report abuse
See all reviews from the United States

Tracy Mc
3.0 out of 5 stars i got bored
Reviewed in the United Kingdom on April 18, 2012
Verified Purchase
Started off well enough......for me this book was spoilt by long drawn out thoughts and descriptions, e.g Nicole was thinking of Nana & what she had taught her, so she knew how to look into the eyes of pigs & know what they were thinking & how they were feeling, whaaattt!!

The other thing i didn't like was how paragraphs changed so abruptly.

It has put me off trying other books by this author.
Read more
Helpful
Sending feedback...
Thank you for your feedback.
Sorry, we failed to record your vote. Please try again
Report abuse

See all reviews from the United States
Pages with related products. See and discover other items: 1990's zebra romance books